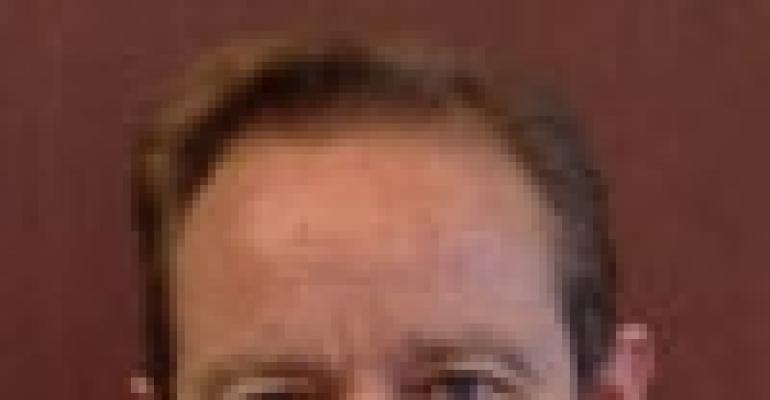 CRE Finance Council (CREFC), the trade association for the commercial real estate finance industry, has chosen Paul T. Vanderslice to be president of the group for the 2012-2013 term. Vanderslice serves as managing director for Citigroup Global Markets, where he is co-head of the U.S. CMBS Group and head of Citi's commercial mortgage distribution efforts. Vanderslice has been at Citigroup or its predecessor entities since 1984.

CREFC’s membership consists of more than 225 companies and 5,500 individuals from throughout the commercial real estate finance industry. Members include commercial banks, insurance companies, private equity funds, mortgage REITs, investment grade and B-piece buyers, servicers and rating agencies. In addition to its member forums, committees and working groups, CREFC acts as a legislative and regulatory advocate for the industry.

NREI talked to Vanderslice about what’s crucial about upcoming regulations, the current economic climate in the U.S. and the economic crisis in Europe.

An edited transcript of that interview follows:

NREI: What is your primary goal in taking this leadership role?

Paul Vanderslice: My goal is to focus on regulation, primarily Dodd Frank. I found that I have the technical expertise to cross the loan origination side, the loan securitization side and the loan security distribution side—all three of those elements.

One of the things that you need when talking to regulators is to be able to talk soup to nuts about all three of those elements of the market. My goal is to focus on the regulation and keep it in line with the mission of CREFC, to promote liquidity in the real estate markets. I want to get in the game with that myself.

Paul Vanderslice: I think it’s the upcoming maturities from the existing CMBS market where you have about $250 billion in rollover in the next four years and, in addition to that, you have close to a trillion dollars of other non-securitized real estate loans rolling over in the next several years. The big issue is really the upcoming maturity and you need a sustainable debt market just to refinance all that stuff.

The second big issue is what I call tacks in the road. The industry has done a pretty good job about self-repairing from the past. Lenders have taken hits, CMBS 1.0 has taken hits with delinquencies and all that you have outstanding, but the tacks in the road are things like Dodd Frank and risk retention.

NREI: You’ve talked about regulation. What is the most important regulatory issue coming down the pike?

Paul Vanderslice: I think you have to look and see if the regulations help or hinder. Generally, some of the risk retention will help liquidity and some of the other things about Dodd Frank actually hinder it. If the key people are telling you it’s going to hinder liquidity, it’s going to hinder liquidity. The fact that people are still talking about premium capture over a year after it’s been proposed is kind of ridiculous, in my opinion.

Then you have Basel III as well. Until banks and lenders are Basel III compliant, they’re not going to put more money to work in the real estate market. That falls under the bucket of hindering liquidity. Basel III is not something that is discussed that much, but it should be.

NREI: What else is important?

Paul Vanderslice: There’s also overall loan quality. We have to be more disciplined than where we were in the past if we’re going to continue to regain investor confidence. It all comes down to the investors. If we don’t produce a product they find attractive, priced right, then it could actually hurt liquidity in the market.

NREI: How do you think the commercial sector is faring in the current economic climate in the U.S.?

Paul Vanderslice: I would say that generally pretty good. Why is it doing pretty good? Mainly because rates are so low. The primary index we use [is based on] 10-year swaps, which are now [about] 1.75 percent. A lot of loans work in that environment because we can get weighted average coupons between 4.5 and 5 percent. That works for a lot of real estate borrowers. If we were 100 basis points higher a lot of the loans wouldn’t work. As the economy recovers you get people out there signing leases, you get people investing money in properties because they can get debt. Without a functioning debt market you have no equity market. The debt sizing drives the equity cap rates and that works because rates are low.

NREI: What about the European economic crisis?

Paul Vanderslice: It adds a lot of volatility to the market, but on the positive side we’ve actually had investor dollars flowing into the U.S. and a lot of those guys have bought treasuries and swaps. It’s not a huge boon but we’re not losing those dollars to the Euros, that’s for sure.

In addition to his new responsibilities, Wolford will continue to serve as executive vice president and chief financial officer of TNP, as well as treasurer and secretary of TNP Strategic Retail Trust.

Prior to joining Thompson National Properties in March 2011, Wolford served as chief financial officer of Pacific Office Properties, where he evaluated and eliminated more than $1 million in annual corporate expenses and successfully negotiated a $125 million credit facility.

Lodes will oversee internal and external sales for TNP. Prior to joining the firm in 2010, he served as director of internal sales for Griffin Capital Securities. In his new role, Sidman will assist Lodes with the execution of internal and external sales, the marketing of TNP Strategic Retail Trust and all professional training for presentations. Prior to joining TNP in February 2011, Sidman was the director of business development at Pella Windows.

Ferrari’s role will expand to include the oversight of relationship management, acting as a national company ambassador to the independent broker-dealer community. With more than 50 years of experience in the financial services and investment industries, Ferrari has held senior positions at Amador Financial Group and Grubb & Ellis Securities Inc.

Bill was previously employed at Deutsche Bank from 2003 to 2011. There he originated and structured approximately $15 billion in CMBS, mezzanine, construction and bridge loans across all asset classes.

Prior to joining Deutsche Bank, Bill served as a vice president at Goldman Sachs from 1997 through 2003. At Goldman he was responsible for the origination and structuring of over $5 billion of multifamily, office, retail, hotel and industrial loans.

The team will be led by Jeff McVehil, who was previously the chief underwriter for Berkley Point Capital (formerly known as Deutsche Bank Berkshire Mortgage), who joins CBRE as the West Coast chief underwriter.

Amato has more than 20 years of commercial, industrial, warehouse and mixed-use experience. She returns to JLL (where she was an assistant property manager from 1996 to 2000) after working for CBRE Inc., where she was the director of asset services and oversaw more than 8.2 million sq.-ft. of class-A office product, warehouse/flex and mixed-use properties across Maryland, Washington, D.C. and Northern Virginia.

JLL also brought on Bob Milkovich as president of Spaulding & Slye Investments. Based in Washington, D.C., Milkovich will lead the firm’s in-house group, which identifies and executes investment and development strategies for Jones Lang LaSalle’s employees and clients.

Hector Rodriguez joins Savitt Partners as a managing director and Scott Kummings joins the firm as an associate.

Rodriguez began his career at Helmsley-Spear Inc. in 1994, which he followed up with six years at Murray Hill Properties and a subsequent seven years at ABS Partners Real Estate LLC.

Kummings has experience as an entrepreneur. He started a business manufacturing emergency relief kits for California earthquake victims. He will be specializing in tenant representation at Savitt Partners, focusing on creative media tenants. In addition, he is a member of leasing team for Space 530, New York City's inaugural deluxe, full-service showroom environment.

Lodwick will be responsible for identifying and managing joint-venture equity and debt financing throughout the Southwest. He joined Alliance in 2011 as finance manager. Prior to that, he served in a variety of roles at different firms. He was the director of asset management for DMB Associates with responsibility for managing a variety of office and retail assets and senior director for Opus West, where he was directly involved in closing more than $3.1 billion of debt and almost $1.8 billion in property sales across more than 200 transactions.

As chairman of WNC’s board of directors, Cooper has testified before multiple Congressional committees and advocated for the establishment and advancement of Low Income Housing Tax Credit legislation and the Community Reinvestment Act.

Throughout his career, he has served in multiple roles with the National Association of Home Builders. Cooper founded WNC & Associates in 1971 as one of the first affordable housing investors in the U.S., growing the firm’s portfolio to more than $5 billion in assets spanning more than 1,100 properties in 45 states. WNC was one of the first companies to apply for and receive an allocation for New Markets Tax Credits and has been awarded four NMTC allocations to date, totaling $178 million, which has facilitated the development of 15 community renewal projects.

Estes is currently the executive director of the North Carolina Housing Coalition, a post he has held since 2003. Estes will lead NHC’s policy and advocacy work both in Washington and throughout the country. He will also work closely with NHC’s research affiliate, the Center for Housing Policy, to make the case for affordable housing and develop effective housing policy solutions.

Estes will work with a newly elected leadership team at NHC, including NHC Chair John L. Kelly, a partner in the New York office of law firm Nixon Peabody.

Today, CORT is a Berkshire Hathaway company that has served more than 80 percent of the Fortune 500 companies. CORT is also the nation’s largest tradeshow and event furnishings company, the largest housewares rental company, offers the most comprehensive range of destination services, and boasts the largest global network for furniture rental partners in more than 70 countries.

Jeff Pederson, who has served as CORT’s president since 2006 following two years as its CFO, is the new CEO and will continue to serve as president.

Launch of NEXREGEN REIT I

NEXREGEN provides a proprietary web-based system through which investors can purchase small interests in commercial real estate properties, in the REIT format. Shares in NEXREGEN REIT I are being offered pursuant to a permit issued by the State of California Department of Corporations. Shares may only be offered to, and purchased by, residents of the State of California.

NEXREGEN's real estate strategy is to invest in single-tenant properties leased to creditworthy retailers under long-term net leases. NEXREGEN REIT I intends to purchase approximately 20 net-leased property investments, if it sells all of its 2.5 million authorized shares (priced at $10 per share).

Hofer is a non-practicing lawyer with more than 30 years experience in real estate, and has participated both as a principal and a broker in real estate transactions exceeding $2 billion. Wirta was the CEO of CBRE for six years.