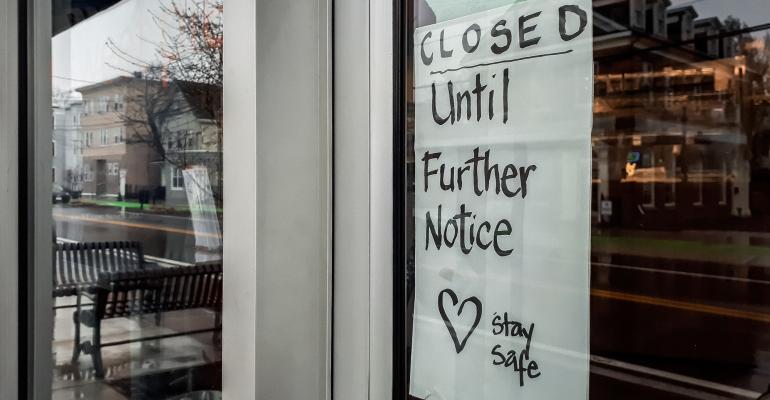 Insurers “Are Already Preparing to Pay Some Fraction” of Pandemic-Related Claims, Lawyers Say

So far, insurers have been balking at paying business interruption plans for pandemic shutdowns, but that is likely to change.

Almost every type of businesses has been negatively affected by the coronavirus pandemic, but insurance companies have largely refused to pay business interruption claims.

Unable to pay rent due to the financial strain caused by the pandemic and the resulting lockdowns, many businesses are looking to be released from their leases or have insurers cover the costs of months of scarce or non-existent sales revenue. Insurance companies are largely refusing to cover these costs, however, citing some form of physical damage to the location as a requirement for these businesses to qualify for coverage. Over the next few months, it’s likely these types of commercial disputes will rise as a result of the ongoing economic impacts of COVID-19.

NREI connected with Gayle Klein, principal at McKool Smith, a U.S. trial firm, and Robin Cohen, head of McKool Smith’s insurance recovery practice, to discuss which industries are likely to see the greatest increase in insurance lawsuits, what types of disputes we might see, what claims could look like and who they could involve.

NREI: Which commercial real estate sectors do you think are likely to see the most disputes? 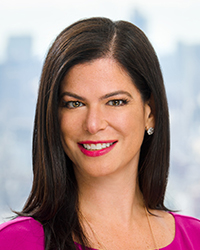 Gayle Klein: It is too early to tell. Almost every sector of commercial real estate, with perhaps an exception for grocery, hardware and other essential businesses, has been significantly impacted by COVID-19. Some businesses have been more severely impacted because their operations have been made illegal by orders that preclude gatherings of more than a certain number of people or by virtue of the type of business. While other commercial sectors have been able to find some method of operating, be it takeout food, curbside pick-up for retail, or limiting the number of people in an office, other sectors like theaters and gyms simply cannot operate and will be the last of the commercial businesses to come back on-line. But really, we won’t know the true impact of COVID-19 on commercial real estate—and who is left with money to fight over—until things normalize.

NREI: What types of disputes are you seeing? In situations where tenants are not paying rent, which clauses in their leases are they tending to invoke? Early on we heard there would be a lot “force majeure” claims, but that talk seems to have died down.

Gayle Klein: Most landlords and tenants are working together to find solutions where they can. This is not a situation where tenants are withholding funds to try to get a better deal. Tenants simply do not have the revenue to pay their rent. And landlords do not have the availability of eviction as leverage because there are no other potential tenants to replace the revenue right now. That said, as someone who grew up in the 1980’s and has a great affection for indoor shopping malls, I would keep a close eye on retailers in shopping malls. Some mall tenants have provisions that could allow them to terminate if an anchor tenant ceases operations. We have already seen Neiman Marcus file for bankruptcy, so if they or other anchor tenants cease operating, it could mean big problems for shopping malls. That said, Robin is seeing a lot of movement in insurance disputes.

NREI: What could claims look like and who could they involve? Which insurers have the most exposure to these types of claims? 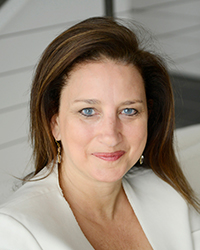 Robin Cohen: The first wave of claims is focused on business interruption insurance, with landlords seeking insurance coverage for rents lost from tenants who have been shut down or are otherwise struggling to pay their rent. This is a multi-billion-dollar issue for the insurance industry. Most of the major insurance companies are involved in the first party property insurance market, so virtually every insurer has some exposure, but the ones we have seen with the most exposure are Factory Mutual Insurance Company and Chubb and its subsidiaries, such as Federal Insurance Company. The next wave of claims is expected to be claims for defense costs and indemnity coverage from policyholders sued by customers or shareholders for alleged poor response to the pandemic leading to physical, emotional, or financial injury.

NREI: Is there a real shot of success for these businesses to receive aid from insurers to cover losses due to disruptions caused by the pandemic?

Robin Cohen: Yes, there is absolutely a real shot for many businesses. While insurers use common policy forms and the same or similar language, every insurance policy is different and taken together, there is a definite spectrum of claims from strong to weaker. If insurers deny claims en masse, there is also potential for businesses to receive aid from insurers as part of legislative solutions, which have been proposed and are under discussion in many states and at the federal level.

NREI: How long will this take and how much money/aid are these businesses asking for?

Robin Cohen: This has the potential to take several months or years. Insurers and policyholders are gearing up to litigate common threshold issues, such as whether the virus or shutdown orders cause physical loss or damage to property necessary to trigger most business interruption coverage. Litigating those issues will take months, and even for policyholders who have undisputed coverage or policyholders who prevail in litigation, business interruption claims involve a complex adjustment process in which the policyholder presents its calculation of lost revenue and/or profits and the insurer then goes through the numbers to come up with its own calculation. The amounts businesses are asking for depend on the losses experienced by each business and the limits and applicable sub-limits of each policy. However, the total volume of claims should reach hundreds of billions of dollars, and insurers are already preparing to pay a fraction of that, perhaps much more depending on the resolution of these threshold issues.

NREI: We’ve seen some people advocate for federal assistance to the insurance market to help support these claims. Is there any momentum behind pushing for that and any chance Congress might extend that kind of backstop?

Robin Cohen: Most of the discussion at the federal level is prospective in nature, involving setting up a federally-backed pandemic insurance option along the lines of the Terrorism Risk Insurance Act or the National Flood Insurance Program. Retrospective relief for pending claims has more momentum at the state level, where numerous state legislatures are considering proposals to force insurers to pay claims and creating a mechanism where those insurers can then apply to the state government for reimbursement.

Gayle Klein: Congress has a history of assisting in times of crisis to avoid devastating market consequences. In recent years, it created the FHFA and provided for federal assistance to homeowners threatened with the loss of their homes and charged FHFA with certain foreclosure mitigation duties. Congress also provided assistance to AIG to avoid massive disruptions in the financial market with its trading partners. So, we might see assistance in other areas as it becomes clear where federal assistance may have the most impact.

NREI: Have programs like the PPP or some of the Fed lending facilities helped struggling tenants at all? Do you think we will see any more aid from the governmental level?

Gayle Klein: I absolutely think that we will see more aid at the governmental level. The PPP has definitely saved jobs and helped struggling tenants. An employer’s two largest expenses are payroll and rent, and a PPP loan is forgiven to the extent an employer spends money on those two line items, within a range. While guidance regarding how much of a PPP loan may be spent on rent and forgiven has changed, we know that at least 25 percent may be spent on rent and forgiven. That has definitely helped ease the burden of both landlords and tenants.

NREI: Are there situations where tenants seem to be trying to take advantage of the overall conditions to get out of leases where they don’t have a good economic or legal argument?

Gayle Klein: Every tenant with whom I have spoken has a singular focus: to save her business if possible.