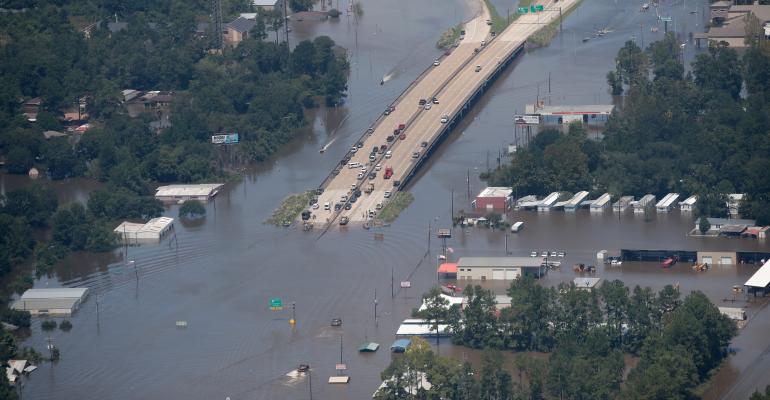 The government is now liable for as much as $1 billion in damages by failing to buy enough land to hold all the water from the reservoirs.

(Bloomberg)—A U.S. judge said Monday the federal government is responsible for thousands of Houston homes and businesses flooding during Hurricane Harvey by failing to buy enough land to hold all the water engineers knew could accumulate in a pair of reservoirs during a record-breaking storm.

The federal government is now liable for as much as $1 billion in flood-related damages, according to attorneys for the flood victims, because the homes and businesses were constructed within an upstream area U.S. Army Corps of Engineers knew would be flooded by overflows from the Addicks and Barker reservoirs during an extreme storm.

The Harvey reservoir flooding cases collectively are believed to be one of the largest takings claims ever filed against the federal government.

The government has fought the claims, saying the more than 60-inches of rain that over-filled the two reservoirs during the 2017 hurricane were an unforeseeable act of God. The government is expected to appeal the ruling, which was handed down in Washington D.C.

The claims are separate from a different set against the government by home and business owners located downstream of the two reservoirs. The downstream properties also flooded during Harvey because engineers were forced to release floodwater to prevent a dam failure that could have sent a wave of floodwater sweeping through downtown Houston, potentially killing thousands of people.

The case is: In Re Upstream Addicks and Barker Reservoir (Texas) Flood-Control Reservoirs, 1:17-cv-09001, U.S. Court of Federal Claims (Washington).

To contact the reporter on this story: Laurel Calkins in New York at [email protected].