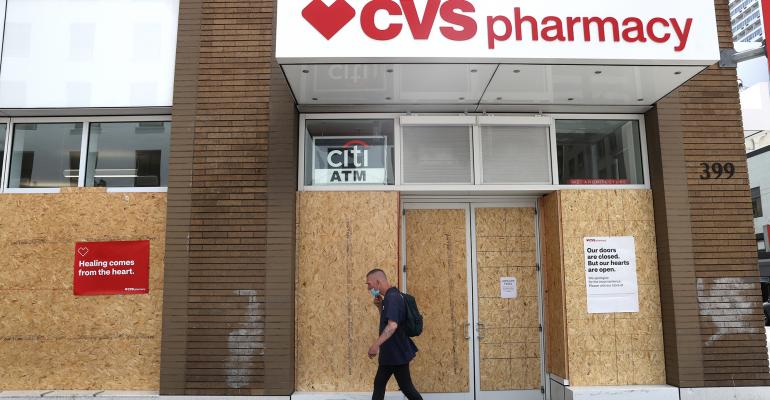 The COVID-19 crisis demands action from the government to backstop insurance to help the commercial real estate industry.

In the midst of the COVID-19 pandemic and public health crisis, landlords and tenants alike found themselves in a most precarious position: state and municipal governments across the country restricted access to offices and industrial and retail spaces via mandatory stay-at-home orders. All the while, except in the rarest of circumstances, tenants were still technically obligated by the terms of their leases to pay rent, and landlords’ payment obligations to lenders, taxing authorities, and other third parties continued unabated despite the mandatory closure of most businesses and workplaces. However, perhaps unsurprisingly in light of the unprecedented nature of the government’s closure orders, in some U.S. cities, it was reported that nearly 50 percent of commercial tenants failed or refused to pay their rent for the month of May. The owners of commercial real estate cannot pay their mortgages, taxes, insurance premiums, and maintenance and other ongoing costs unless they receive rent from their tenants, so many landlords are today finding themselves cash-strapped and at the mercy of their creditors. As landlords try to find a way to survive in a climate of mounting rent defaults and pending foreclosures, negotiating rent abatements or deferrals with their tenants and forbearance with their lenders does little to stop their bleeding. Gov. Andrew Cuomo’s executive order in New York, along with many similar moratoriums issued across the country’s large cities, have served to freeze nonpayment and eviction cases from being adjudicated in the courts until late summer, further tying the hands of landlords and likely eventually resulting in a deluge of dispossession judgments against tenants and an overloading of our country’s landlord-tenant courts.

The retail and hospitality sectors have suffered the largest losses during the COVID-19 pandemic. In an effort to help slow the spread of the coronavirus, governments ordered malls and shopping centers closed across the U.S. and more than 47,000 retailers across the U.S. temporarily shut their doors or significantly adjusted store hours. In April, rent collection ranged from a mere 15 percent to 30 percent for retail landlords with higher concentrations of shuttered businesses, according to an estimate from brokerage firm Marcus & Millichap. It is estimated that the U.S. retailer default rate on corporate debt will surge from 4.7 percent in March 2020 to about 14.4 percent in March 2021, according to Moody’s. By the same token, with business and leisure travel at virtually zero, hotels are forecast to suffer the most, with the average occupancy rate across all U.S. hotel sectors plummeting to 40.1 percent in 2020 from 66.1 percent in 2019.

In today’s climate, tenants are just as desperate to try to get out of paying rent as their landlords are to try to get them to pay rent. For tenants seeking the quick fix of rent relief, the language within the four corners of virtually all leases is unfortunately unlikely to offer any solace since the overwhelming majority of leases fail to offer tenants payment protection via force majeure provisions and fail to condition the payment of rent on the building being open for business. In addition, outside the four corners of the lease contract, while common-law arguments favoring granting some modicum of rent relief on equitable grounds such as constructive eviction, unconscionability, or frustration of purpose have become vogue, they have not yet been tested in the courts. In response to this impasse, landlords and tenants have filed lawsuits asserting and assailing these and other theories. The NBA, Ross Stores, and the Gap are three of many well-known companies bearing the brunt of litigation trying to break the COVID-19-induced rent logjam. Decisions in these cases are likely to vary based on jurisdiction, individual lease provisions, and numerous other factors, and are unlikely to provide the broad salve that the commercial real estate industry as a whole needs in order to stabilize itself.

In view of these issues, landlords and tenants have turned to existing insurance products as a potential source of recovery. To date, the efforts to recover losses have focused on seeking recovery under property insurance policies, including pursuing claims for business interruption. Business interruption coverage includes coverage for gross earnings, gross profits, extra expense, and, often, rental income. The policies typically require physical loss or damage to trigger coverage. Even though there is precedent to support the view that COVID-19 satisfies the physical loss or damage requirement, insurers have insisted that COVID-19 does not cause physical loss or damage.

Some insureds are seeking recoveries under specific additional coverages in their property policies. For example, civil or military authority coverage is triggered when an order of civil or military authority prohibits access to an insured location, provided that the order is a direct result of physical loss or damage at the insured location or within a specified distance of the insured location. Communicable disease coverage, under certain circumstances, covers losses relating to the actual presence of a communicable disease. These and other coverages often have substantially lower sublimits that make the coverage far less valuable than the primary coverages.

The path to recover under existing policy forms will likely include litigation and delay. To date, more than 300 lawsuits have been filed against insurers relating to coverage for COVID-19 losses. In light of differing facts underlying the claims and the likelihood that state law may vary on the critical insurance issues, the scope of coverage will remain unsettled for some time. Prospectively, insurers will likely act to add exclusions to eliminate or narrow coverage for any COVID-19 exposure and exposure for any other pandemics or governmental shutdowns.

The commercial real estate industry clearly needs a shot in the arm to vaccinate itself against a problem like this ever occurring and stifling the industry again. The delay and lack of clarity associated with obtaining coverage under current forms require a new model. To be equitable to all stakeholders, any solution should balance the risk between landlords and tenants. It would therefore seem that the development of a new real estate-specific insurance product would be just what the industry needs in order to get healthy and avoid a pandemic or a governmental shutdown from ever again wreaking havoc like this on the industry. To that end, in order to protect landlords across the country who are acting in good faith to keep their buildings accessible, clean, and safe during a pandemic, and tenants who are simply complying with government orders to remain home and keep their businesses shut for the benefit of public health, Congress should take action to create and support with federal funding a widely and readily available rental stream protection insurance product with a large national pool of participants that will defray costs to the average policyholder and protect both landlords and tenants in the wake of government-ordered shutdowns due to a public health or other crisis which restrict the ability of tenants to use commercial real estate for its intended purposes. Fortunately, Congress already has models for a program to respond to the needs of landlords and tenants in the midst of a catastrophic event without protracted, state-by-state litigation to establish the extent of insurance coverage.

In 1968, Congress responded to the escalating cost of property damage caused by floods by creating the Federal Emergency Management Agency (FEMA) administered National Flood Insurance Program (NFIP). FEMA collaborates with private insurance companies to provide affordable insurance to landlords and tenants alike in the event of a catastrophic event. The primary benefit of this insurance product is that it is backed by the federal government. Private insurance companies administer claims, and the federal pays flood claims even in the absence of a disaster declaration by the U.S. President.

Following the Sept. 11, 2001 terrorist attacks, landlords and tenants looked to property insurance and their business interruption coverage grants to provide coverage for loss. Due to the catastrophic costs of the attack, insurers began to eliminate coverage for loss caused by terrorist attacks or offer coverage at prohibitively expensive rates. In the wake of this disaster, Congress passed the Terrorism Risk Insurance Act (TRIA). Although the program was designed to be temporary, Congress has reauthorized or extended the program at least four times since its inception. The TRIA makes terrorism insurance available and more affordable by guaranteeing federal funding for insured losses following an act of terrorism. The TRIA is designed to minimize and spread loss over a period of time by requiring insurers to cover the entire amount of small losses and part of medium-size losses, with the government paying more as the size of the loss grows. The TRIA includes provisions allowing the government to recoup its payments toward smaller losses over time through a levy on insurance policies.

Similar to the NFIP and the TRIA, rental income stream protection for loss caused by a pandemic should be designed to spread loss over time and across the industry in the following ways:

A widely available insurance product to protect landlords and tenants adversely impacted by government orders in public health or other crises would ultimately cost the federal government less than the current practice of using multitrillion-dollar stimulus programs.  Some members of Congress already have begun to take action to minimize the cost caused by this pandemic and future health crises. New York Congresswoman Carolyn Maloney has introduced the Pandemic Risk Insurance Act that she modeled after the TRIA.  Congressional action now will ensure that the economic fallout to the commercial real estate industry caused by the current pandemic is not repeated in the face of future stay-at-home orders and similar government directives.