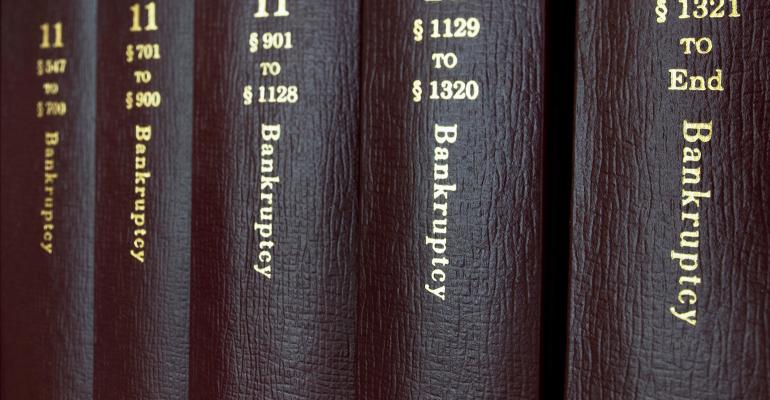 How Will Subchapter 5 of the Bankruptcy Code Impact Landlords?

Landlords need to educate themselves about the new Subchapter 5 bankruptcy rules as a precedent-setting case plays out in Texas.

Recent revisions to the U.S. Bankruptcy Code might open the door to headaches and heartaches for landlords that rent to small businesses.

In August 2019, Congress created what’s known as Subchapter 5 of the Bankruptcy Code. Subchapter 5 is designed to streamline the Chapter 11 bankruptcy process for small businesses and slash their legal bills, according to Robert Dremluk, a partner in the New York City office of law firm Culhane Meadows Haughian & Walsh PLLC who specializes in bankruptcy cases.

Subchapter 5 went into effect this February. A month later, Congress tweaked Subchapter 5 as part of the federal CARES Act, aimed at helping the U.S. recover from the coronavirus pandemic. A major change in Subchapter 5 that will be on the books till next spring raises the cap on secured and unsecured debts for a small business to qualify for Chapter 11. The threshold jumped from a little over $2.7 million to $7.5 million. “The idea was to create an easier path for companies to reorganize,” Dremluk says.

Other provisions of Subchapter 5 might also entice small businesses to head to bankruptcy court. They include:

The debtor-friendly Subchapter 5 makes no mention of landlords, notes Katey Anderson Sanchez, a bankruptcy attorney in the Phoenix office of law firm Ballard Spahr LLP. However, she adds that some businesses that in the past might have shied away from Chapter 11 bankruptcy now might find this path more worthwhile. In turn, that could put more landlords in the crosshairs of small business bankruptcies. How so? For one thing, Subchapter 5 weakens the power of a landlord or any other creditor to stop a reorganization plan from being finalized.

Sanchez notes, though, that landlords retain a lot of rights in Chapter 11 cases filed by tenants. She sees nothing in the Subchapter 5 language itself that should give a debtor a definitive edge over a landlord.

“Landlords are in a really good position to say, ‘Hey, you know you’ve got to pay us,’” Sanchez says. “There’s no additional ability for a small business owner to change the terms of a lease or anything like that—not any more than there is any other chapter of the code.”

Through the lens of Subchapter 5, Dremluk sees some positives for landlords. Primary among them is that letting a small business restructure its debt under Subchapter 5 means that a tenant might stand a better chance of keeping its doors open and keeping up with its lease obligations, he notes. He adds that Subchapter 5 paves the way for more small businesses to negotiate with landlords, since some cash-strapped tenants previously found it too expensive to plow through the Chapter 11 bankruptcy process.

From his perspective, Neal Salisian, founder and co-managing partner of Los Angeles law firm Salisian Lee LLP, says the recent changes in the Bankruptcy code could lead to debtors’ leases being ripped up. He frequently represents commercial real estate landlords and lenders.

“The way that would work is that the tenant could be in a particular space, not paying rent during a moratorium, and have other financial issues during that time that result in a bankruptcy filing. At this point, the whole lease would fall under the proceedings and likely get invalidated,” Salisian says. “Ultimately, this could be very bad combination of factors for a landlord, leading to months and months of unpaid rent and unoccupied space.”

The result of that sort of scenario could be bankruptcy declarations on the part of the landlords themselves, Salisian says.

It remains to be seen how widely Subchapter 5 will be used by small businesses, according to Rory Vohwinkel, a bankruptcy attorney with Las Vegas law firm Vohwinkel & Associates Ltd. For the most part, small businesses are holding off on bankruptcy filings due to uncertainty over their current and future finances, attorneys say. However, legal observers anticipate a near-tsunami of small business bankruptcies to start when that uncertainty subsides.

“Once those impediments go away, I think you’ll see an upsurge in the use of Subchapter 5,” Dremluk says. “I think a lot of small businesses that have hung on though COVID will see this as an opportunity to clean up their balance sheets, reorganize their business and go forward. But currently, the environment is not really suitable for that.”

Vohwinkel and other attorneys are closely watching a Chapter 11 case that’s already being pursued under Subchapter 5. Texas-based restaurant chain Texas Root Burger hopes to reorganize through Chapter 11 and to “walk away” from some of its locations, the Wall Street Journal reported. The newspaper points out that Subchapter 5 might force creditors like landlords to quickly head to the negotiating table with tenants that have filed for bankruptcy under Chapter 11.

“We are all waiting to see how that case proceeds, as it could be precedent-setting,” Vohwinkel says.

As the business community at large adopts a wait-and-see attitude about the coronavirus pandemic and corporate finances, Dremluk suggests that landlords educate themselves about Subchapter 5.

“My recommendation would be for landlords to understand the process, become familiar with how it works, how it’s different from what you might have understood the process to be,” he says. “A landlord who’s asleep at the wheel potentially could end up losing their rights, whatever they may be.”