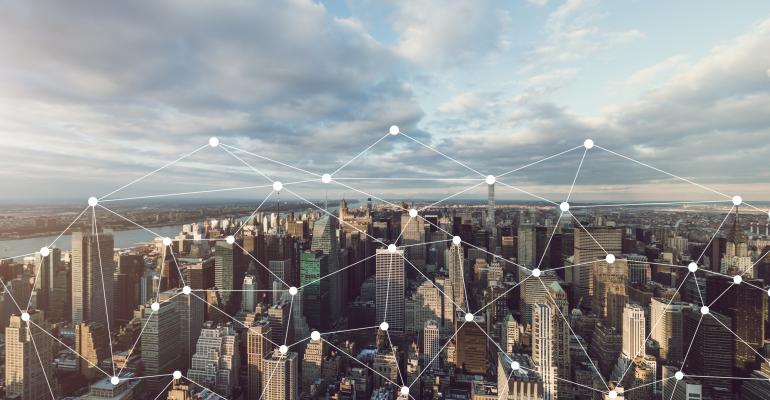 Amazon. Uber. AirBnB. These companies have reshaped entire industries based on disrupting the status quo. For an industry such as real estate which has historically focused on cyclical change, reacting to these structural disruptors is a challenge that will become increasingly crucial to the future of real estate investment.

To chart a course through this uncertainty, disruptors can be mapped in several ways. First, there are the regulatory and political disruptors. These tend to be short term, binary in nature and are typically either well understood (e.g. new accounting rules) or very uncertain (e.g. trade wars).

On the other end of the spectrum are demographic disruptors such as urbanisation, the ageing population in developed markets, climate change and the shift of economic power to the East. These are the globally disruptive megatrends often affecting regions rather than individual markets, and which are grounded in long-term projections with high certainty, making them attractive fundamentals to anchor resilient investment strategies.

Finally, there are technological disruptors, which are usually driven by innovative business models and new technologies. In contrast to regulatory and demographic disruptors, technological disruptors typically operate over a medium-term timeframe and their impact is exponential in nature. Their success is largely driven by market forces, making them global in nature. For these reasons they are highly relevant to real estate and critical to real estate investment strategies.

Regulatory and demographic disruptors have always existed to some extent within real estate, but the prevalence of technological disruptors within real estate is a recent phenomenon. In short, real estate has historically not been the most dynamic or innovative industry. As many other industries have found themselves structurally changed by technological disruption over the last twenty years, real estate has largely stood still, having not been forced into making any significant structural changes.

However, what today’s consumer want their built environment to provide has fundamentally evolved, creating the opportunity for disruption. The rise of the internet and mobile has fundamentally changed the way we consume, particularly for the new generation of Millennials who are now entering the workforce and starting households. This shift in demand has been responded to on the supply side by companies such as Amazon and WeWork, who have been able to disrupt an asset-heavy industry by being extremely well capitalised and willing to sacrifice short term profits for long term market share. 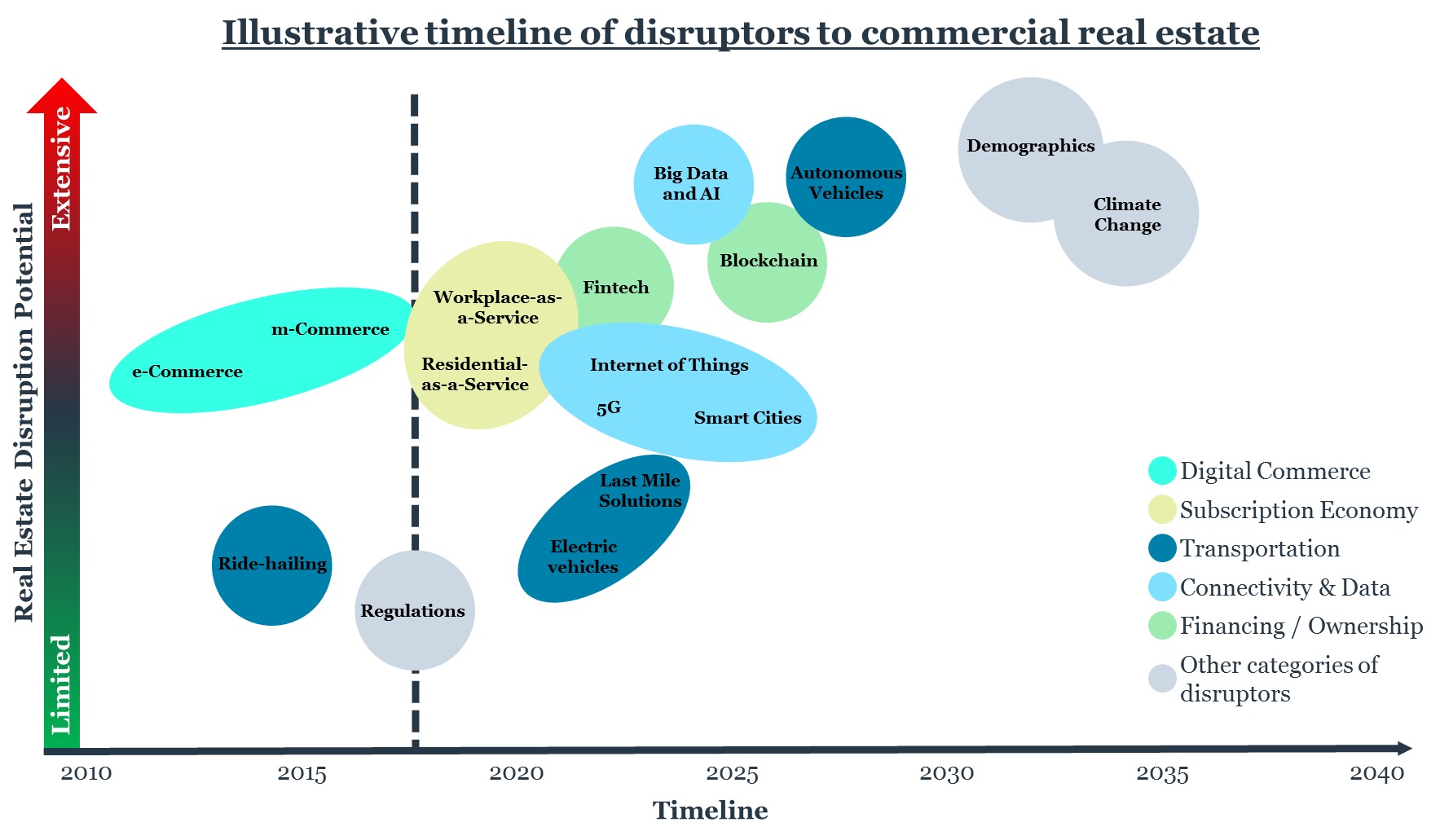 As the graph illustrates, we are just beginning to witness the impact that these technological disruptors will have on real estate, including: 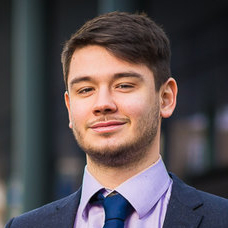 Jack Sibley is a technology and innovation strategist, real estate, at Nuveen.
Learn more at www.nuveen.com.