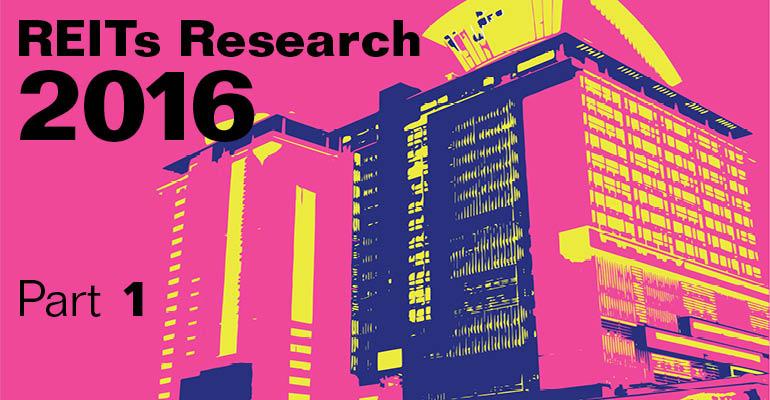 Part 1: With Commercial Real Estate Seemingly at its Cyclical Peak, What Are REITs to Do?

Publicly-traded REITs have enjoyed a robust recovery since the last recession. It’s a far cry from the days of plummeting stock prices, middling total returns and balance sheet woes.

But there are increasing signs that the current cycle has begun to run its course. Sentiment is pointing to commercial real estate having reached a peak. And recent property price indexes give further fuel to that argument, flat-lining or beginning to recede in recent months.

As part of NREI’s research in the past two years, we’ve been asking respondents to estimate where we are within the cycle. In the beginning of 2015, three quarters of respondents said we were in the expansion/recovery phase. Only 12 percent said the market had peaked and less than 10 percent said we were past the peak and into a recession or trough phase.

What does that portend for REITs themselves? As one respondent encapsulated the situation, “The lack of other asset classes with good investment returns puts REITs in a good place.” Another wrote, “It remains a challenge to place large mandates in the real estate market. REITs can be an attractive option for immediate deployment of capital.”

Survey respondents do see continued opportunities for REITs in 2016, including balancing portfolios through strategic acquisitions and dispositions, expansion into secondary and tertiary markets and potential consolidation of players.

As one respondent wrote, REITs could be “divesting those assets purchased through bulk deals that do not meet their parameters for core operations.” Another said that “larger REITs should be looking at buying smaller, private REITs over the next 12 to 24 months.” Yet another noted that REITs could “take out competitors that are underperforming.”

And REITs do face challenges as well, including some created by their own track records of success. As one respondent pinpointed, it will be difficult for REITs to continue to generate free cash flow and increase dividends. That will require “having the expertise to work their existing portfolios to squeeze out more NOI.”

Another commonly-named challenge REITs face is finding quality assets at reasonable cap rates. High demand and competition from other buyers has made it difficult to buy at cap rates that work for REITs.