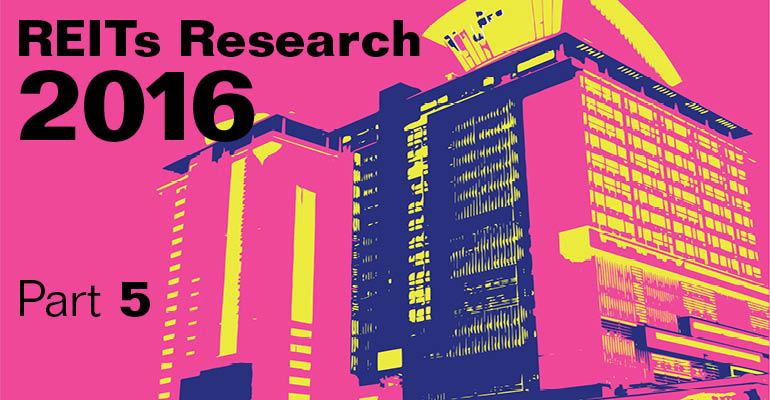 Part 5: REITs Have been Net Sellers

Overall, REITs have been net sellers in 2016. In the first quarter, REITs sold more than $15 billion in properties and bought less than $6 billion, according to CoStar. The volume in the quarter was greater than in any of the four quarters in 2015.

For example, in the multifamily sector, top REITs like Camden Property Trust continue to sell large portfolios of properties and trophy assets in primary markets. The largest three multifamily REITs are buying assets selectively, if they buy at all, mostly in strong secondary markets in prime metropolitan areas, and are selling significantly more than they buy.

Take Equity Residential, which was the largest apartment REIT in the U.S. with 109,540 apartments, according to the Top 50 Owners list released in April by the National Multifamily Housing Council (NMHC). The REIT is likely to have significantly fewer apartments on next year’s list.

Equity Residential sold 23,262 apartments to affiliates of Starwood Capital Group for $5.365 billion in the first quarter. The price is much higher than Equity paid for the properties—the sale generated an economic gain of approximately $2.0 billion and an unlevered internal rate of return of 11.3 percent. Equity Residential also cashed in by selling two properties in East Palo Alto, Calif., and New York City, for hundreds of millions of dollars more than it spent to buy them in 2010 and 2011. The REIT used the proceeds to retire $2 billion in debt and improve the company’s “already strong” credit metrics. Equity Residential also bought a handful of properties in markets including Seattle, Los Angeles and Brooklyn, N.Y. recently, totaling $204.1 million.

The second largest apartment REIT in the county is also selling properties, though AvalonBay Communities also bought several communities and has invested in new development. AvalonBay sold a 340-apartment community in Trumbell, Conn. for $70 million in the first quarter. In addition, AvalonBay Value Added Fund II, which is partly owned by the REIT, sold 676 apartments for $158 million. Another fund partially owned by the REIT, Multifamily Partners AC, sold 461 apartments for $229 million. In total, that’s nearly a half-billion dollars in sales.

In projecting performance for the rest of the year, respondents do not expect much movement in publicly-traded REIT stock prices for the balance of 2016. Overall, 46 percent of respondents said they expect publicly-traded REIT stock prices to increase. Another 28 percent said prices would be flat. And 24 percent said they would decrease. However, of those that expect an increase, 88 percent expect prices to rise by 50 basis points or less.