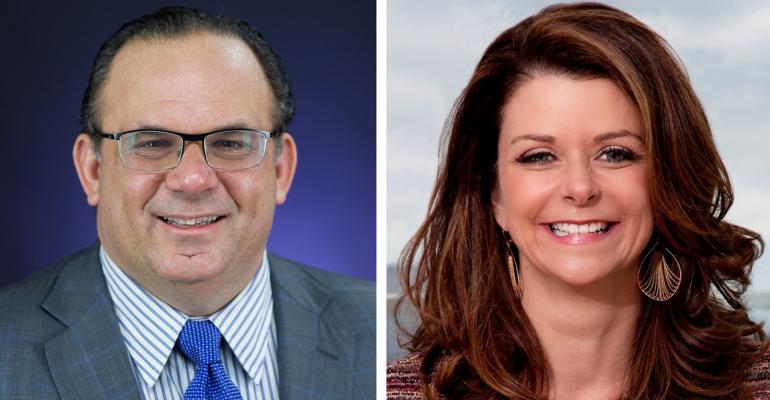 The move appears to be the culmination of a recent battle as activist investor Bow Street has pushed for changes at the REIT.

This story will be updated.

Mack-Cali Realty Corp. announced that its board of directors has appointed Board Chair MaryAnne Gilmartin as interim CEO. Gilmartin succeeds Michael J. DeMarco, effective immediately. The board has formed a committee to oversee the search for a permanent CEO.

In addition, the board has named Tammy K. Jones as lead idependent director. Jones joined the Mack-Cali board following the company's 2020 annual meeting. She has more than 25 years of real estate experience and has dedicated her professional career to the advancement of ethnic and gender diversity in leadership positions in the real estate sector.

The move appears to be the culmination of a months-long effort by activist invstor Bow Street to make changes at the REIT. The New York City-based investment firm has been seeking to get rid of Mack-Cali’s top executives and change the board of directors since last March. In April, Bow Street called out the Mack-Cali Realty Corp. board of directors for its refusal to re-nominate independent directors Bow Street supported and helped elect at the company’s 2019 annual meeting. Bow Street sent a letter to Mack-Cali shareholders in May highlighting the need for independence, accountability and oversight in the Mack-Cali boardroom following what it described as a series of broken promises made by the board of directors and management to reduce leverage, increase cash flow and improve occupancy at its office properties.

In a statement, Gilmartin thanked DeMarco for his service. "On behalf of the board, I would like to thank Michael for his service to Mack-Cali. I look forward to working with the talented Mack-Cali team and all of our stakeholders to ensure that the company operates at the highest level."

Gilmartin has served as a director at Mack-Cali since June 2019. She is the founder and CEO of MAG Partners, which will continue to operate under internal leadership while she serves as Mack-Cali's interim CEO.

Gilmartin has more than 30 years of real estate experience, including as CEO and President of Forest City Ratner Companies, LLC. Gilmartin is also a director of the Jefferies Group LLC. She also serves on the executive committee of The Brooklyn Academy of Music, as vice chair of New York Public Radio, on the executive committee and board of governors of The Real Estate Board of New York, and as a member of the industry advisory board of the MS Real Estate Development Program at Columbia University. 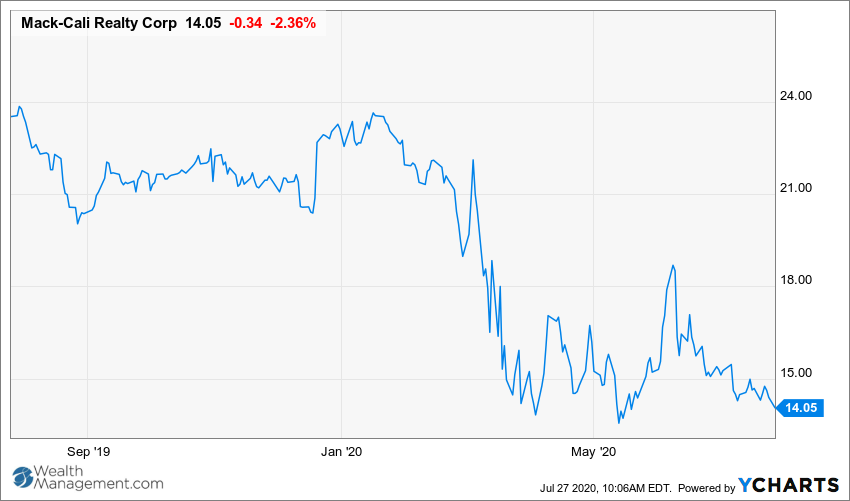 The board has also named Tammy K. Jones as lead independent director. Jones joined the Mack-Cali board following the company's 2020 annual meeting. She has more than 25 years of real estate experience and has dedicated her professional career to the advancement of ethnic and gender diversity in leadership positions in the real estate sector.

According to a note published on May 7 by BTIG analysts Thomas Catherwood and James Sullivan, in view of Mack-Cali's internal issues and the impact from the COVID-19 pandemic, they expect the company's earnings and debt coverage metrics to continue declining in 2020. "Execution is paramount during challenging times, but with so many moving parts-and-pieces (many of which are outside of Mack-Cali's control) we are concerned that the achievement of a 'synergistic' waterfront portfolio gets pushed indefinitely into the future," they wrote.

Mack-Cali reported a net income loss of $0.47 per diluted share for the first quarter of 2020. The REIT collected over 94 percent of its total commercial rent from office tenants and 96.7 percent of total rent from its multifamily tenants for the month of April.

The company will release its second quarter 2020 earnings results on August 3 and will host a conference call with management that morning at 8:00 a.m. ET.