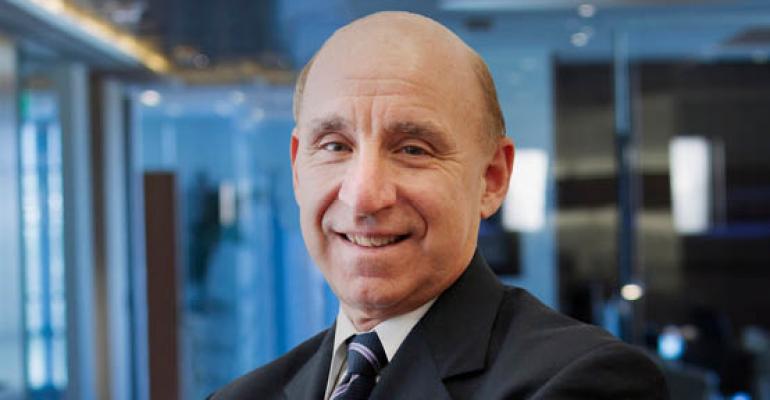 With Legal Troubles Almost Behind It, What’s on the Horizon for VEREIT?

After settling lawsuits tied to an accounting scandal, VEREIT might be able to focus more on new acquisitions.

More than four years after Glenn Rufrano came aboard as CEO to right the ship then known as American Realty Capital Properties Inc., the publicly-traded REIT is about to leave nagging legal woes in its wake. But will the company be able to move full steam ahead or will it encounter choppy waters?

Wall Street analysts and company executives alike say proposed settlements of lawsuits tied to a 2014-15 accounting scandal should free up the net lease REIT, which has since rebranded as VEREIT Inc., to change course and concentrate more on acquisitions than dispositions.

While some analysts worry that VEREIT’s balance sheet remains too highly leveraged (around 50 percent), observers view the announced settlements as a significant step forward for VEREIT. It’s worth noting that the REIT is still cooperating with the U.S. Securities and Exchange Commission (SEC) to avoid potential fraud charges.

“As a team, we’re eager to enter the next phase for VEREIT,” Rufrano said during a Sept. 9 conference call with Wall Street analysts.

Phoenix-based VEREIT revealed on Sept. 9 that it and VEREIT Operating Partnership LP had reached tentative settlements to clear up legal action that has dragged on for several years. Overall, VEREIT will be on the hook for $765.5 million:

The settlements announced on Sept. 9 add up to more than $1 billion.

This year alone, VEREIT has amassed legal expenses of about $70 million tied to the American Realty Capital Properties case, Rufrano says. As pointed out in a research note from Haendel St. Juste, a REIT analyst at San Francisco investment bank Mizuho Securities USA LLC, VEREIT has racked up nearly $225 million in legal costs related to “this long-running saga.” But by settling the lawsuits, VEREIT is escaping another $100 million or so in legal expenses, Rufrano says.

Before the Sept. 9 announcement, VEREIT had reached five settlements totaling about $250 million, accounting for roughly one-third of the plaintiffs in the accounting matter, according to a research note from Spenser Allaway, a net lease analyst at Green Street Advisors Inc., a Newport Beach, Calif.-based real estate research and advisory firm.

Rufrano tells NREI that the latest settlements will enable VEREIT to “fully focus on its core business.”

VEREIT “will continue to focus on three key objectives—lowering debt levels, refreshing and diversifying the portfolio, and maintaining an experienced management team that will optimize asset allocation in the future,” Rufrano adds.

Analysts say putting the legal entanglements behind it will allow VEREIT to shift more toward buying properties rather than selling them. Since 2015, total dispositions have surpassed $4 billion, which is more than double the sum for acquisitions during that period, according to a research note from Mitch Germain, a REIT analyst at San Francisco investment bank JMP Securities LLC. The dispositions have primarily involved office, restaurant and non-core properties.

Being unchained from its legal shackles will let VEREIT expand its $15 billion portfolio, which features a mix of retail, office and industrial assets, says Randy Blankstein, president of The Boulder Group, a Wilmette, Ill.-based real estate firm specializing in single-tenant net lease properties.

VEREIT should benefit from a lower exposure to the rattled retail industry (about 65 percent of its portfolio) than its peers and a higher-than-average exposure to the robust industrial sector (about 15 percent), according to Allaway. However, Allaway adds that those holdings are offset somewhat by a significant exposure to the office sector (about 20 percent), which is saddled with some of the highest cap rates among net lease property types.

Mizuho Securities’ St. Juste says that aside from growing the portfolio, Rufrano and his team could pursue a sale of the company. However, that’s an unlikely outcome in the near term, he notes.

In response to St. Juste’s remark about a potential sale, a spokesman says VEREIT doesn’t comment on market speculation.

During an earnings call in 2017, Rufrano, when asked whether VEREIT would consider selling the company and “walking away,” said the REIT would entertain a buyout offer if the price was “very good.” However, Rufrano in no way indicated VEREIT was putting up a for-sale sign.

One reason a sale might not make sense now is that VEREIT’s stock has picked up momentum. At the outset of 2019, the stock was hovering around $7 per share. As of Sept. 11, two days after the legal settlements came to light, it stood at $9.65 per share. Citing the removal of VEREIT’s legal “overhang” and the REIT’s impending pivot to growth mode, JMP Securities raised its price target price for VEREIT’s stock from $9 to $10 per share.

“With one of the higher dividends among its peer net lease companies, the yield will be attractive to many investors at the current level,” Blankstein says.

Green Street, though, is much less bullish on VEREIT’s stock, reaffirming its sell recommendation following the Sept. 9 settlement announcement. The firm complains that VEREIT is on track to be a net seller in 2019—making it a “relatively unattractive investment” compared with its net lease peers, which are enlarging their portfolios by an average of 15 percent this year. Excluding the sale of an 80 percent stake in an industrial partnership, VEREIT forecasts dispositions totaling $500 million to $650 million this year and acquisitions totaling $400 million to $600 million.

Heading into 2020, Allaway believes VEREIT will become a net acquirer, particularly because it should be able to tap into lower cost capital thanks to the resolution of its legal troubles. Although the price tag for the settlement topped what had been anticipated, she says, “the fact that VEREIT has put this legacy issue in the past simplifies its story and alleviates the fear of the unknown.”