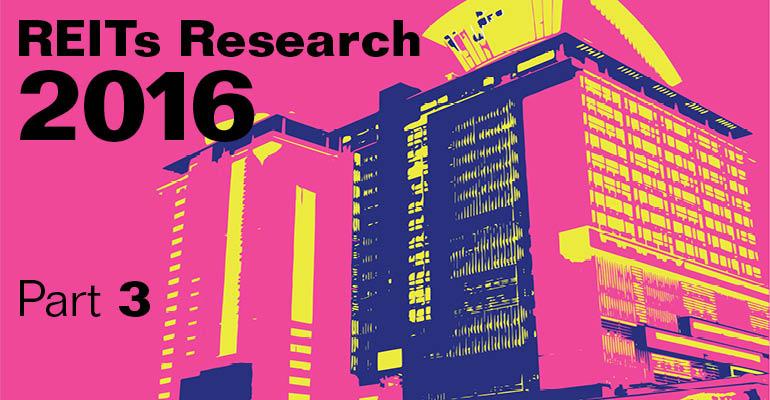 In terms of raising capital, respondents endorsed property-level debt (51 percent) as the best avenue for REITs given current market conditions. Another 34 percent endorsed equity issuance, while only 13 percent said secondary debt issuance was the best avenue.

In recent months, REITs looking for capital have turned to joint venture partners to help finance growth. The dollar volume of REIT joint venture activity surged 50 percent in 2015, according to a recent EY research report.

One of the key drivers behind the spike in joint venture activity is the current climate for REITs on Wall Street. Many REITs are trading below their net asset values (NAV), which makes accessing capital in public markets more expensive. REITs are also sensitive to taking on more debt, which can impact their credit ratings.

“It is not an issue of whether there is access to capital for REITs in this environment. I think it is really a question of whether it is access to the right capital,” says Mark Kaspar, REIT sector leader at EY.

There has been a notable decline in the amount of common equity that REITs are raising in the public market. The total common equity capital raised by U.S. equity REITs dropped sharply from $10 billion during first quarter of 2015 to just slightly more than $2 billion in the first quarter of 2016, notes Kaspar. That decline could be due to a variety of factors, such as less acquisition activity. “We believe a large part of it is because of the disconnect between NAV and share price,” he says. Although perhaps not dollar for dollar, joint ventures are definitely helping to fill that gap, he adds.