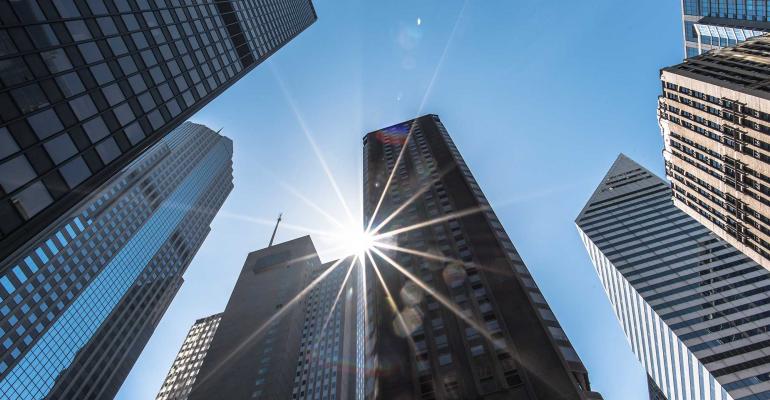 The lessons of the financial crisis and recent capital raising have helped prepare them for a downturn, analysts say.

Although it might feel like the publicly-traded REIT sector as a whole is in the midst of a “sky is falling” crisis, real estate experts say the outlook for REITs is more sunny than cloudy. In fact, they maintain that REITs are better positioned financially today than they were during and after the Great Recession.

“While the coronavirus crisis is not yet over, it does appear that the REIT sector is likely to avoid the type of long-term, lingering pain that was felt by the sector during the financial crisis, when it took nearly eight years for the FTSE Nareit All Equity REITs Index to recover to pre-recession highs,” says Alex Pettee, president and director of research and ETFs at Rowayton, Conn.-based investment adviser Hoya Capital Real Estate LLC.

To be sure, the REIT landscape is uneven right now. As of Aug. 31, year-to-date total returns for three pandemic-battered subsectors sat in double-digit negative territory, according to Nareit: lodging (-47.7 percent), retail (-37.3 percent) and office (-25.6 percent). By contrast, the pandemic has lifted three key subsectors into double-digit positive territory: data centers (+32.5 percent), infrastructure (+14 percent) and industrial (+11.7 percent).

Through the first eight months of 2020, total returns in the FTSE Nareit All Equity REITs Index stood at -9.9 percent.

Despite overall returns being in the red and the pandemic still rattling the economy, publicly-traded REITs are generally on solid financial footing, particularly when compared with the Great Recession, industry observers say.

“Across essentially all metrics, REITs entered this period of volatility with a war chest relative to their position in 2008 after a strong year for capital raising in 2019 and after a decade of relatively conservative balance sheet management,” Pettee says.

Pettee notes that REITs raised more capital in the first half of 2020 than they ever have during a first-half period. About three-fourths of that capital was unsecured debt, as opposed to equity. He says the Great Recession forced many publicly-traded REITs to raise equity at “fire sale” NAV discounts.

As of Aug. 31, publicly-traded REITs had wrapped up 111 offerings of unsecured secondary debt in 2020, compared with 133 in all of 2019 and 61 in all of 2018, according to Nareit. So far this year, REITs’ offerings of unsecured second debt total nearly $59.1 billion, almost on par with $63.1 billion for all of last year. Publicly-traded REITs have leveraged lower interest rates to extend debt maturities and lower their average long-term interest rates, Pettee points out.

The publicly-traded REIT sector “is still liquid,” says Andy Hussion, the Atlanta-based managing director and head of real estate corporate banking at Regions Bank. He adds that those REITs hold a distinct advantage over their private counterparts in their ability to more easily tap into the capital markets, thanks in part to the investment-grade ratings many of the REITs enjoy and the consolidated lending relationships within their portfolios.

In that vein, Hussion notes that publicly-traded REITs have been adjusting credit agreements to ensure they’ve got an adequate financial cushion to survive the pandemic. According to S&P Global Market Intelligence, publicly-traded REITs in the U.S. drew down nearly $37.2 billion from their credit facilities in the first quarter of 2020, with the retail and lodging sectors leading the way.

“It’s in our best interest as unsecured creditors to allow these companies that are otherwise strong to make their way through this and not have too many significant bumps along the way,” Hussion says.

On the capital front, Hussion and other observers say IPO activity in the REIT industry should be tepid, at best, for the remainder of 2020.

Aside from housing, industrial and tech-oriented players, the REIT sector largely remains in “survival mode,” according to Pettee. Therefore, he says, a rebound in REIT IPOs seems unlikely until at least mid-2021. Hussion concurs, predicting that there’ll be more near-term movement in M&A than in the IPO space.

“For REITs in subsectors of commercial real estate that are doing well —like data centers, infrastructure and medical offices—it could still be an excellent time to go public,” says Matt Frankel, REIT analyst at Millionacres, a Motley Fool-owned real estate investment website. “On the other hand, you may see some REITs with IPO ambitions in the more affected real estate subsectors holding off until uncertainty calms down and costs of raising equity capital are more favorable.”

“A series of factors contributed to a sustained suburban shift post-World War II. The catalysts are different today, but the future direction of urban-suburban dynamics may not be,” the report says.

While pandemic-related unknowns remain for every REIT subsector, Hussion believes the recent uptick in rent collection rates across various asset types bodes well for the near term.