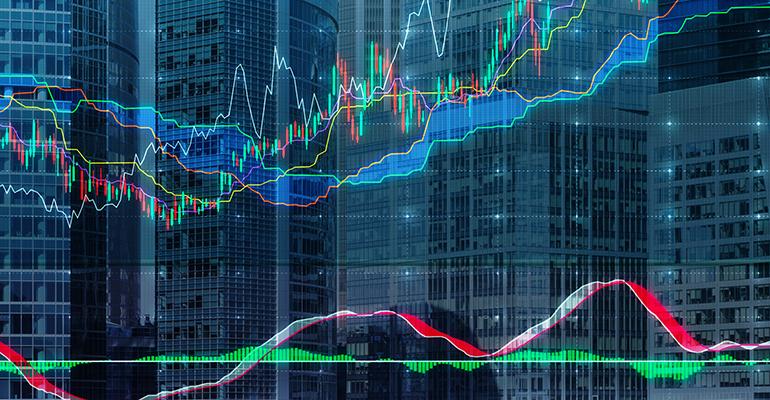 A recent research report found that about 60 percent of the REIT CEOs analyzed saw their compensation rise by 3.3 percent, based on the median change from 2016 to 2017.

It appears that public REIT CEOs in 2017 saw an increase in their compensation, but not as much as other named executive officers (NEO). The focus in the REIT industry remains on raising the portions of executives’ compensation packages that are tied to performance and retention, rather than just cash.

Those were the key findings of a new report from FTI Consulting, which analyzed the compensation packages of executives at 30 public REITs that filed their 2017 proxy statements early and had comparable year-over-year data. Not all of the public REITs have filed their statements yet, but the goal of the report was to provide a glimpse of overall compensation trends in 2017.

The report found that about 60 percent of the CEOs analyzed saw their compensation rise by 3.3 percent, based on the median change from 2016 to 2017. However, NEO compensation ballooned by 8.3 percent. CFOs saw the largest pay bumps, with the median of 10.7 percent. This could be because institutional investors and shareholder advocacy groups are focusing more on CEO pay, triggering smaller increases in compensation for those executives, says Jarret Sues, managing director of executive compensation solutions at FTI Consulting and a creator of the report. Instead, REITs may have felt more freedom to increase NEO compensation packages, which might face less scrutiny. “The CEO is the one making headlines,” Sues notes.

However, perhaps more telling of the increased scrutiny on CEO compensation is the growth in equity incentives. Most institutional investors and shareholder advocacy groups like Institutional Shareholder Services want to see a combination of equity awards tied to performance and to time spent at the company, Sues says. “That’s why we’re also seeing more compensation in the form of equity rather than cash, because of that retention aspect,” he adds. FTI’s report found that the median change for cash compensation from 2016 to 2017 came to a 1.4 percent increase, versus a 14.8 percent increase for long-term incentive compensation.

In 2016, one of the highest-paid public REIT CEO was Hamid Moghadam, of industrial REIT Prologis Inc., who received a total compensation package worth more than $15.5 million that rose to $19.35 million in 2017, according to data provided by research firm SNL Financial. The increases stem from Moghadam’s restricted stock awards, which rose to $16.20 million from $12.12 million. His base salary remained unchanged at $1.0 million, and his bonus dropped in 2017, to $2.06 million from $2.31 million.

From 2016 to 2017, Debra Cafaro's pay as CEO of healthcare REIT Ventas ballooned from $9.7 million to $25.3 million, but this is misleading, FTI's report states. In 2017, Ventas went from a "backward-looking" to a "forward-looking" long-term incentive plan. The total 2017 grant included that year's "forward-looking" $8 million award, 2016's "backward-looking" $8.8 million award and a one-time transitional stock grant of about $4 million. "On a recurring, normalized basis, the CEO's target compensation is $11.3 million or $13.3 million including the annualized transitional award," the report states.

While firms are increasingly focusing on total shareholder return as a performance-based equity metric, there is also a growing spotlight on another figure—adjusted funds for operation, says Brian Dresch, an associate client partner with the executive pay and governance practice at Korn Ferry Hay Group, an organizational consultancy firm. “They’re also looking at company-specific objectives,” Dresch notes.

REITs have typically been at the forefront of tying executive compensation to performance-based measures, making increases in long-term, performance-based metrics far more likely, Dresch says. In general, there tends to be no adjustment in base salary for these CEOs, something that might only occur in a very competitive market environment, Dresch adds.

Given that much of the CEOs’ compensation is tied to shareholder return, it is likely compensation might decline in 2018, as REITs’ three-year total returns from 2016 to year-to-date in 2018 have overall been weak, says Matt Kopsky, a REIT analyst at Edward Jones.

Some public REITs have proactively taken steps to address this. For example, regional mall REIT Simon Property Group opted not to pay out the company’s long-term incentive plan in 2017 because the mall REIT was below the threshold for its return metric, Kopsky notes. “This was an effort to contain cost due to the challenging conditions of the retail industry,” Kopsky says.

FTI’s report also notes that at least one REIT—Prologis—added a bonus for its CEO tied to diversity and inclusion progress in 2017, Sues says. This comes as companies across industries focus increasingly on diversity, environmental responsibility and other social factors. “That fact that now it’s being incorporated in some sort of way, to actually compensate someone, is meaningful,” Sues notes.

Diversity and inclusion are not commonly used as metrics specifically tied to bonuses, and it might be difficult to measure such a metric within one year, Dresch says. However, measures to improve a firm’s diversity and inclusion progress—as well as pay equity--“lends itself well to a subjective scorecard-type of approach,” he adds.