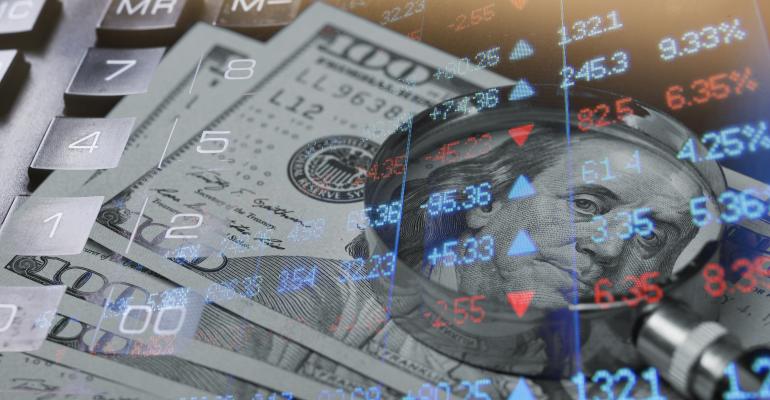 Most recent fundraising has gravitated to non-traded NAV REITs, which provide additional transparency and liquidity than traditional non-traded REITs.

After weathering a rocky patch that sent many investors to the sidelines, non-traded REITs appear to be back on track with steady gains in capital flowing into the sector.

Non-traded REITs raised $11.8 billion in 2019, which is the highest fundraising total since 2014, according to industry data from Robert A. Stanger & Co. Inc. The firm is predicting another strong year of fundraising ahead with a further 27 percent jump to $15 billion for 2020.

Certainly, there are any number of unforeseen events that could derail that prediction, such as an increase in interest rates that would dampen investor appetite. But, for now, the industry appears to be on solid footing with a number of factors contributing to strong fundraising. Part of the credit is due to continued evolution within the sector that is resonating with its core base of retail investors.

“This is something that hasn’t happened overnight. This is foundational work that IPA and its members have been working on for the better part of the last four to five years,” says Tony Chereso, CEO of the Institute for Portfolio Alternatives (IPA). In particular, industry participants have worked to put best practices and guidelines in place in areas such as valuation and REIT performance, as well as reducing fee structures and improving transparency.

Part of that evolution has included the entrance of new institutional players—led by Blackstone—that are launching real estate investment products that target the sizable retail investor market. That institutional interest has been fueled by the continued shift away from defined benefit plans—pension funds—to defined contribution plans, such as 401ks, self-directed IRAs and SEPs that puts individuals and their investment advisors more directly in control of significant amounts of capital within retirement investment accounts.

High net worth individuals (HNWIs) are an important part of that investor base, and they are exhibiting bigger appetites to invest as they increase allocations to real estate. “The high net worth private investor client continues to be significantly under-allocated to real estate,” notes Allan Swaringen, president and CEO of JLL Income Property Trust. Anecdotally, most HNWIs have less than 3 percent allocated to all alternatives, including real estate. As those HNWIs increase allocations to real estate, it is driving more capital into non-traded REITs.

Additionally, demographics are fueling even more inflows as retiring baby boomers seek out investments that can deliver stable, income-oriented returns. According to the Stanger NAV REIT Total Return Index, the annualized 3-year return for NAV REITs was 7.54 percent compared to 8.13 percent for the FTSE Nareit All Equity REIT Index and 6.7 percent for the NCREIF Property Index.

Industry data also points to some big outliers in where capital is flowing among non-traded REITs that highlights an industry that is still in the throes of some significant changes. Stanger credits the entrance of institutional asset managers into the non-traded REIT market for fueling fundraising. In particular, Blackstone led capital formation in 2019, raising $8.7 billion–10 times that of the second place firm, which was  Starwood Capital at $874 million. The question is how that fundraising success is impacting its peers in the non-traded REIT space.

Although Blackstone is a formidable competitor, some players also are quick to point to the positive effect Blackstone is having in bringing more attention—and capital—into the sector. Blackstone has a great product and pedigree, but that said, there are a lot of heavy weights in this sector that are continuing to grow their market presence, notes Chereso.

“I don’t think that Blackstone’s success is in any way crowding out the opportunity for others,” adds Swaringen. In 2019, JLL Income Property Trust had its second best year for capital raising in the past seven years. Blackstone also is pulling capital from both domestic and international investors. “So, they are opening up foreign markets for NAV REITs, and that is an exciting opportunity for everybody,” he says.

NAV REITs are perpetual entities, whereas lifecycle entities are typically structured with an anticipated five- to seven-year hold period that culminates in a liquidity event, such as a portfolio sale or IPO. Legacy lifecycle REITs have been predominantly sold within the independent broker-dealer world, whereas most of the capital flowing to NAV REITs is coming through wirehouses (full-service broker-dealer) and registered investment advisors. So, NAV REITs are benefitting from a bigger distribution network and growing acceptance of the NAV product, notes Swaringen. “At some point in time, those lifecycle REITs need to liquidate and give clients their capital back, and I don’t think that capital is going to come back into the lifecycle market. I think it is going to find its way into the NAV REITs or other asset classes,” he says.

Some believe that there is still a value proposition for lifecycle REITs that offer investors a clear beginning and end to their real estate investment. “There is definitely going to be a place for them going forward,” says Chereso. However, just as the NAV REIT structure has evolved, the lifecycle REIT structure will need to change to better compete in the market. “I think we will be seeing  in the near future the next evolution of that lifecycle investment coming to market,” he says.