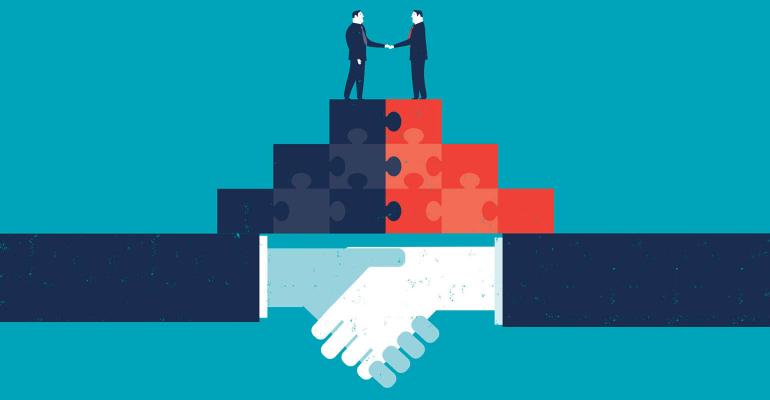 The REITs have been holding on-and-off discussions since late last year, sources said.

The real estate investment trusts have been holding on-and-off-again discussions since late last year, said the people, who asked not to be identified because the matter isn’t public. Talks between the companies stalled in recent days amid market volatility and it’s unclear if and when they will resume, one of the people said.

The talks come as a wave of retail bankruptcies squeeze mall-oriented REITs, putting pressure on the industry to consolidate. The Bloomberg REIT Regional Mall Index has fallen about 30% in the past year through Monday, with Simon Property and Taubman Centers dropping 27% and 43% respectively over the same period.

Simon has previously tried to purchase Taubman as well as the shopping center REIT Macerich Co., Bloomberg Intelligence REIT equity analyst Lindsay Dutch said in a research note Tuesday. A deal for Taubman may come down to price, she said.

“A Simon Property Group combination with Taubman Centers would make sense, given the latter’s high-quality, well-located malls and the former’s ability to reinvest in them,” she said.

Activist Investor Jonathan Litt had won a board seat at Taubman Centers in 2018 after a closely contested proxy fight. He chose not to run for re-election last year.

Simon Property’s net income fell 13% from a year earlier to $2.1 billion in 2019, according to its fourth quarter reporter Tuesday. Revenue rose 3.5% to $5.8 billion during the same time period. The Indianapolis-based company owned or had interest in 233 properties in North America, Asia and Europe at Dec. 31.

Taubman Centers, based in Bloomfield Hills, Michigan, has 26 regional and outlet shopping centers in the U.S. and Asia The company is scheduled to report earnings on Feb. 12.

--With assistance from Craig Giammona.

To contact the reporter on this story: Ed Hammond in New York at [email protected].