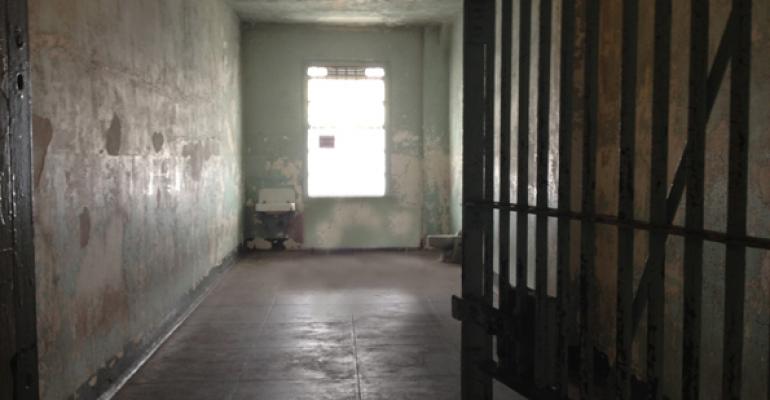 Specialty REITs Carve Out Bigger Niche in the Market

Many specialty REITs have seen double-digit FFO growth in 2018 versus the broader REIT market.

Specialty REITs that dabble in everything from prisons and casinos to billboards and cell phone towers are getting more REIT investment dollars.

“These non-traditional REITs are taking advantage of the opportunity to fill voids in the market,” says Phillip Owens, managing director, advisory and consulting group, at Newport Beach, Calif.-based research firm Green Street Advisors. And these companies are finding an increasingly receptive audience among both REIT and non-REIT investors. “Investors like companies that have developed unique core competencies, which provide a differentiated and sustainable competitive advantage—regardless of where they play in the real estate spectrum,” says Owens.

Americold Realty Trust (COLD) is one of the newest additions to the market. The company, which bills itself as the largest REIT focused on the ownership, operation and development of temperature-controlled warehouses, went public in January with a market cap that now tops $3.1 billion.

Over the past five years, Green Street’s list of non-traditional REITs has outperformed the Nareit Index by an average of more than 700 basis points annually. “These outsized returns have definitely helped to accelerate acceptance of non-traditional real estate by a larger group of sector-dedicated investors,” says Owens. On the other hand, there have also been specialty sectors that have underperformed the market, including private prisons, single-family rentals, energy infrastructure and timber among others, he says.

Specialty REITs appeal to the traditional real estate REIT investors looking to diversify portfolios with real estate, as well as investors who are interested in a particular industry, such as gaming or advertising. “The common theme throughout that bucket is growth,” says John (J.T.) Deignan, managing director and head of real estate equity capital markets at Mizuho. “These sectors have probably seen the best growth out of all of the other traditional sectors of real estate as defined by earnings growth or FFO growth from net operating income.”

Many specialty REITs, including data center and cell tower REITs, have seen double-digit FFO growth in 2018 versus the broader REIT market that has seen 2.5-3.0 percent growth. That, in itself, is not just attracting the dedicated REIT investors, but also investors that have more of a growth focus, says Deignan. Earnings growth also goes hand-in-glove with the ability to grow the dividend. “You’re seeing pretty significant dividend growth as well. So, it is really a two-for-one special here,” he adds.

One of the challenges for specialty REITs is that because of their specialized focus, it can take some time to scale up and grow to a market cap that is appealing to institutional investors. For example, two of the farmland REITs that launched a few years ago—Farmland Partners Inc. and Gladstone Land Corp.—are sitting on current market caps of about $300 million and $200 million respectively.

Specialty REITs also tend to be an eclectic bunch, which requires digging into the dynamics of the individual sub-sectors to truly understand performance. “Non-traditional real estate sectors are all different from one another, the same way that apartments are different from industrial, which is different from retail, etcetera. So putting in the time to gain a sufficient degree of understanding between sectors is important,” says Owens.

Specialty REITs have been around for decades. For example, EPR Properties (EPR) is an entertainment and recreation REIT dating back to the late 1990s and investing in a range of ski resorts, golf complexes and movie theaters. Yet there also are a number of newbies that emerged in 2013 and 2014 following a wave of REIT conversions. The conversions were prompted by activist investors that saw an opportunity to take a traditional corporation with significant real estate holdings and/or a core business that could be classified as real estate and roll it into a REIT model.

A 2016 IRS private letter ruling that more clearly defined “real property” for qualifying REITs curbed much of that activity. Effectively, that ruling clamped down on companies that were not true real estate companies, but rather operating companies with real estate assets that may have been trying to exploit the REIT model.

However, real estate companies are continuing to find a toehold in a market that is more receptive to REIT alternatives. For example, Safety Income & Growth (SAFE) went public last summer as the first company to focus solely on ground leases. “It’s highly likely that more non-traditional REITs will enter the landscape over time, especially given that the REIT investment community has become more amenable to these new entrants,” says Owens.