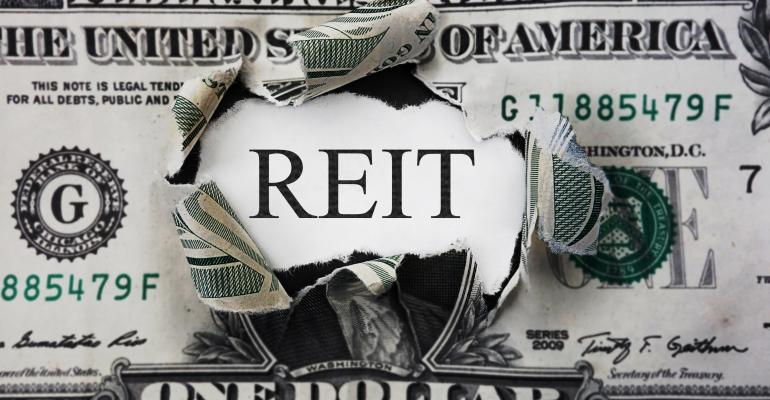 The Steadfast Cos.’s REIT merger will create a multifamily operator with $3.3 billion in assets.

A multifamily powerhouse that envisions spending as much as $300 million a year on ground-up development, as well as millions of dollars on renovations, is being created through the merger of three public non-traded REITs.

Irvine, Calif.-based real estate investor, developer and manager Steadfast Cos. announced on August 6 that the three REITs—Steadfast Apartment REIT Inc., Steadfast Income REIT Inc. and Steadfast Apartment REIT III Inc.—are being folded into a single non-traded REIT that will control about $3.3 billion in assets. If the merger happened today, the new REIT would own 71 multifamily properties in 14 states and would rank among the 50 biggest apartment owners in the country.

The deal is expected to close in the first quarter of 2020.

Josh Goldfarb, vice chairman of commercial real estate services company Cushman & Wakefield and a leader of its Atlanta-based apartment brokerage practice, has done business with Steadfast and says he believes consolidation of the three REITs is a smart move. “I don’t look at it as something rogue or without thought,” he says. “They’re just trying to garner a competitive advantage.”

Capitalizing on that advantage, the newly configured REIT will aim to allocate $100 million to $300 million a year toward ground-up development. Ground-up projects offer cap rates that Steadfast estimates are 30 percent higher than those on acquisitions, says Rodney Emery, chairman of the three REITs. On top of that, the combined company expects annual returns on ground-up developments to average 40 percent more than returns on acquisitions of stabilized multifamily properties.

Beyond ground-up development, the combined company will target makeovers of 1,000 multifamily units in 2020, Emery says. Over the past six years, the three REITs have invested a total of $112 million to renovate more than 11,000 units. As of June 30, the trio of REITs owned nearly 22,000 units.

Emery joined Ella Neyland, president of the three REITs, in outlining the roadmap for the restructured REIT during an August 6 web presentation for investors. Company executives declined to comment beyond public statements and filings about the pending merger.

“By bringing together three highly-complementary portfolios, this transaction will greatly enhance our market prominence and diversification as well as our concentration in high-growth markets,” Neyland said during the webcast.

The merger will give the new company a sizeable footprint in seven of the country’s top 20 investment markets, including Austin and Dallas in Texas and Nashville, Tenn, according to Neyland.

The increased access to capital as a result of the transaction will enable the combined company to potentially expand its portfolio by 50 percent over the next two years, Emery said. The bigger size and scale of the combined portfolio will also better position the merged company to snap up private operators and small publicly-traded companies in the multifamily sector, he added. Going forward, Steadfast might consider an IPO for the new REIT, along with the sale of assets that no longer are a good fit for the portfolio.

Steadfast is ramping up its commitment to multifamily as investor interest in the sector remains strong. In a recent NREI survey, multifamily topped the list of the most desirable major categories in commercial real estate, with investors rating its attractiveness at 7.9 out of a possible 10—a score higher than any other asset type.

Multifamily “is a stable, reliable investment class,” says Cushman & Wakefield’s Goldfarb. “Everyone still needs a place to sleep at night.”

For many multifamily investors like Steadfast, moderately priced housing is the sweet spot.

The workforce housing niche represents the “best risk-reward tradeoff” in the multifamily sector, according to Chris Edwards, managing partner of Audubon Communities Management LLC, a Peachtree Corners, Ga.-based owner and manager of multifamily properties which specializes in workforce housing.

“Like most owners, we are cautious because of the length of the current cycle,” Edwards says. “However, market fundamentals and demographics still favor multifamily, and given the strong foundation for multifamily fundamentals, we think the asset class should be in a good position to weather a downturn. With that being said, this is the time in the cycle when you really want to maintain discipline and stick to your niche.”

Sticking to your niche in multifamily investing is proving to be a bit tougher these days, though. Edwards says the current market is the most competitive he’s ever seen.

In the second quarter, acquisitions in the U.S. multifamily market totaled $43.2 billion, a 15.9 percent quarter-over-quarter jump and an 18.5 percent year-over-year spike compared with the second quarter of 2018, according to a report from commercial real estate services company Newmark Knight Frank (NKF). The report indicates that was the ninth consecutive quarter for multifamily to lead acquisition volume among all major property types.

“There appears to be more players than ever before, and while some will inevitably run into trouble, many are very sophisticated in both their approach and execution,” Edwards says of multifamily investing. “Additionally, the brokerage community has evolved tremendously over the past few decades—they are much more institutional and sophisticated in how they market and sell properties. Given their ability to extract every last dollar from buyers, they truly maximize the price for the seller.”

“The only folks who are willing to swallow or accept, on a scale basis, the lower returns that I think we’re going to see in the immediate term are institutional investors. That’s just my reading of the tea leaves,” Allen says.

Aside from the less favorable cap rates cited by Emery, competitiveness on the buy side might be deterring the future Steadfast REIT from plotting growth primarily through acquisitions, as none of Steadfast’s public comments about the merger mention plans to buy multifamily properties. Instead, Steadfast seems to be far more focused on growth through development.

Climbing apartment rents help justify building multifamily properties versus buying them, most notably in lower-cost suburbs, says Goldfarb. Based on surveys of the 260 largest U.S. cities, apartment website RentCafé says the national average for apartment rent soared from $1,076 in July 2010 to $1,469 in July 2019. That’s an increase of 36.5 percent.

Regardless of the compelling growth in apartment rents, the current landscape for multifamily development does present challenges.

In the most recent commercial construction index from construction materials giant USG Corp. and the U.S. Chamber of Commerce, 46 percent of contractors said they were highly concerned about the availability of skilled laborers in the second quarter, down from 54 percent in the first quarter. Far more contractors (85 percent) were worried about the cost of that skilled labor.

Nonetheless, developers and investors see potential in the recession-resistant multifamily sector, although not every opportunity pans out.

“We have seen major cities greenlight multifamily development, but because of the rising costs of labor and construction, coupled with long entitlement processes, the only projects that pencil out are the ones that command $3, $4 and even $5 per square foot in rent. Those are not rents that moderate-income renters can afford, so we are seeing a lot of money pouring into value-add buildings to bridge the gap,” says Jonathan Lee, principal and managing director of Los Angeles-based George Smith Partners Inc., a real estate capital advisory firm.