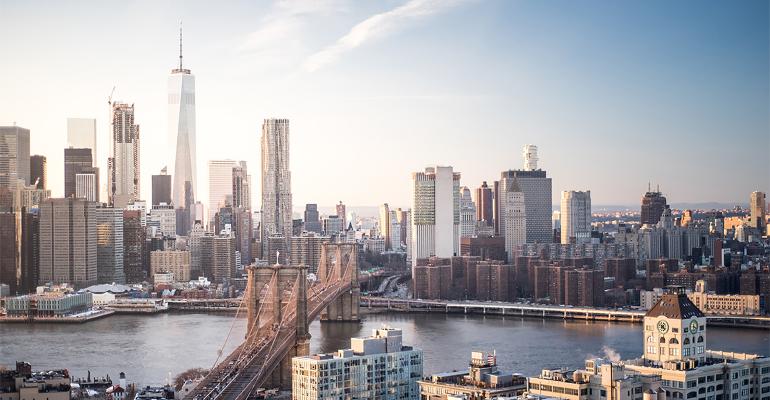 It provided an opportunity for REIT executives at firms representing every property type to discuss recent performance and give guidance as to what to expect in the months ahead. Rent collections, the development pipeline and sector outlooks were among the topics discussed in this week’s presentations.

Rent collections have varied greatly by REIT and property sector. For example, Boston Properties, which invests in office buildings, collected 97 percent of office rents in May.

“We are collecting the majority of our revenue on a monthly basis, we’ve had a very strong rent collection perspective,” Boston Properties President Doug Linde said, during his firm’s presentation. “The reason for that is because 86 percent of our revenue comes from our office portfolio which is the dominant component of our income stream. We have dramatically shifted the composition of our portfolio makeup over the past decade to becoming more and more oriented towards technology and life sciences, we were primarily a financial services and professional services organizational landlord when we went public in 1997.”

The pandemic is also expected to drive long term demand benefits for single-family homes, according to executives from American Homes 4 Rent. There are indications that some Americans will leave city centers and apartments in favor of suburban, detached single-family homes.

“We’re seeing demand for single-family rentals significantly increase,” American Homes 4 Rent CEO David Singelyn said during his company’s presentation. “The stimulus for this migration is linked to COVID-19. They’re moving to get away from the high density living and housing that they’re in for safety reasons and social distancing reasons.”

Still, some sectors, like hospitality and retail REITs, are bearing the worst of the COVID-19 induced economic hit. In late March, Tanger Factory Outlets offered all tenants the option to defer 100 percent of April and May rents. The deferred rent is payable in January and February of 2021. Tanger Outlet Center says this leaves enough time for tenants to rebuild operations although it will result in a short-term decrease in cash flow for the REIT.

“Some important sectors of the REIT and real estate marketplace, such as lodging, real estate and healthcare, have been far more severely impacted by the crisis,” Steven Wechsler, president & CEO of Nareit, said during one of the conference’s panel discussions. “But today’s REIT industry is better prepared to face these extraordinary challenges than it was when the great financial crisis began to unfold more than a decade ago. That’s because the REIT community entered today’s crisis with more solid balance sheets, lower leverage, better ladder debt maturities and stronger underlying business fundamentals than in 2008.”

NREI also spoke with Calvin Schnure, senior vice president at Nareit, to discuss his major takeaways from the virtual conference.

NREI: What are your major takeaways from Nareit’s REITweek? What were some of the major overarching themes in the presentations? 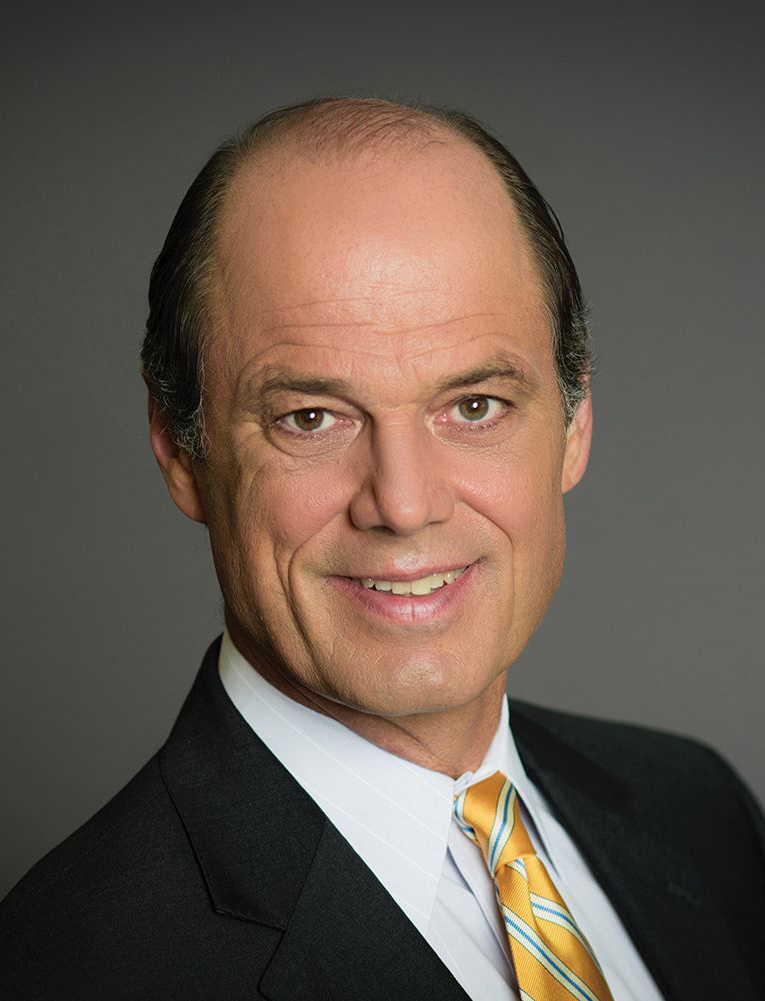 Calvin Schnure: Everyone who is here is concerned about the pandemic as well as the civil protests that are going on, and a lot of the management teams spent time talking about how they are communicating with their tenants, how they’re communicating with their investors about the situation. I’ve really seen people stepping up their communication so that everyone is aware of the developments. If you look across the different property sectors, there’s a wide range.

We know that the hotel lodging and retail really have had the most direct impact. Then the office, multifamily, many of the other sectors, much less so. One of the interesting takeaways from REITweek, we’ve also seen this in our own survey, was, among the REITs, most of the tenants are still making the rent payments. It’s a very high percentage of tenants that are making their rent payments on time.

That’s good news for the tenants, for the firms that are running spaces. It’s also good news for the REITs and for the investors. Now, this can’t go on forever, there’s a financial strain on a lot of companies, that then gets passed on to the landlord, or the REITs in this case, but with the signs that the economy is opening up across the country, many people are hopeful that we’re going to be getting in a back to work mode in the months ahead. So, in some sense we’re seeing a more mature situation. The crisis is maturing and people are looking forward to what are they going to do. Those are the main takeaways that I heard.

NREI: What is the overall sentiment around rent collection in the REIT community? Is this a concern for landlords and property investors?

Calvin Schnure: People are obviously concerned about it because many tenants are under pressure. But in the REIT community, you tend to have buildings with tenants that are a bit more financially secure. This is outside of the retail, I’ve been reading about them and many of them are having tenants that are unable to make the rent payments but outside of the front-lying sectors, lodging resorts and the retail, most of the others are saying that their tenants are performing pretty well. And, one thing to keep in mind is that one thing that makes real estate valuable is the location. For many of these tenants, they really want to keep that location. So, for them, it is a priority for them to maintain that relationship, so, if they’re able to survive and get back to business, they can do it in a location where they’ve been all along. I think people are cautiously looking at the situation, but expecting they will be able to retain a lot of the business.

NREI: What is the state of REIT balance sheets right now? How has the last couple of months affected cash on hand?

Schnure: REIT balances sheets are one thing that actually give them a very solid base. They lowered, in aggregate, their leverage ratios, debt-to-assets ratio, by about 10 percentage points from around 57 percent down to 47 percent. That’s a huge decrease in leverage. They extended their debt maturities from a bit less than five years to almost seven years, 82 months. Then they staggered their debt maturities. On top of that, they have large amounts of cash on hand and lines of credit from liquidities. So, they really do have strong balance sheets in terms of leverage and liquidity they need.

NREI: What is the outlook for REIT equity and debt offerings in the current climate? Can they access capital from the public markets? Is there investor interest in offerings right now?

Calvin Schnure: There actually have been a few that I’m aware of. But, this a time in the market where people are looking more at trying to assess the risks. There are some REITs, I can’t really comment on what they may do, but it’s been my experience over 30 years of following Wall Street financial markets, that during periods like this, there’s a pause in all types of security issuance, debt refinancing if they can avoid it because investors have a higher uncertainty and you don’t want to have to pay a risk premium by issuing right now. So, those that can afford to wait, probably are going to wait until later this year or next year.

NREI: What about property level debt? What’s happening with properties that had expiring loans? Forbearance? Refinancing? We have also seen some examples of REITs turning properties over to lenders.

Calvin Schnure: I don’t have a whole lot of detail company by company or property by property. Within the REIT sector overall, over the past five or seven years there’s been more of a shift towards corporate level debt rather than property level. So, corporate bond issuance is stronger than mortgages. So, you have less secured debt and more unsecured corporate level debt. That said, there’s still quite a few mortgages out there, particularly in retail, that use quite a bit of mortgages. I have not looked in detail to see what’s the status on any of those though.

NREI: Many REITs have had to suspend or cut dividends. What’s the fallout been from investors?

Calvin Schnure: I’m aware that many REITs have done so. I have not heard the conversation with their investors so can’t answer that.

NREI: Will the current climate lead to any REIT M&A activity?

Calvin Schnure: There was a lot of discussion in 2013 when REIT share prices fell during the paper tantrum after the Fed signaled they were going to back off quantitative easing. People were saying if REITs are at a discount expect a lot of M&A activity, and that never occurred. There was some but there was never the wave. There was a long period where people said well next quarter we’re going to see a wave of acquisitions. That’s because the companies were not at a huge discount, there were at some discount, but not a discount that was large enough to make sense for them to sell and go private. I’d expect that to be similar right now.

We’ve seen the REIT share prices overall have recovered more than half the decline that they had experienced in March if you look at the all equity REIT index. But in late March it was down about 37 percent year-to-date and by last week they had trimmed that to being down 16 percent. So, you’ve seen quite a bit of recovery in share prices and with share prices being back on their way up, share prices for REITs rose four of the past five weeks, so when share prices are back on the way up, it’s less likely for people to say you need to have some merger to take over the assets. That’s a long way of saying, “No. I don’t think so.”

NREI: Do you think we might see any REITs file for bankruptcy?

Calvin Schnure: Given that they really reduced their leverage and they have a lot of financial resources, I would say it’s unlikely. You could never tell, many times you’re surprised by it. You might see some risk there. But another factor for bankruptcy, when you’re considering bankruptcy, is the property prices have risen quite a bit over the past decade. So, many companies, many REITs have locked in unrealized capital gains on their properties. It’s a lot easier to refinance a property if you have a gain, then if you don’t have a gain. So, there are a lot of things why you are not going to see a wave of bankruptcies. But this has been a major shock to the whole economy, a major shock to the real estate sector, so you can’t rule anything out.