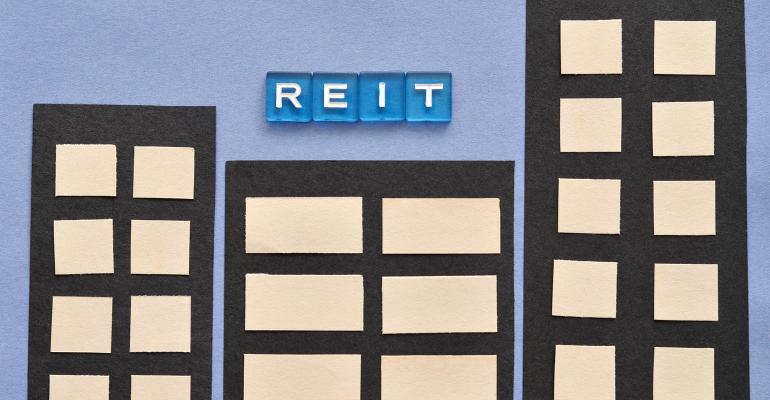 Will REITs Continue to Deliver Outsized Returns in 2019?

Industrial, multifamily and retail REITs might be some of the best bargains this year.

Thus far in 2019, REITs are on a roll, surging to double-digit returns following the sector’s weak performance in 2018. But will REITs continue outperforming for the rest of the year?

As of Feb. 26, U.S.-based REITs had generated a total return of 12.17 percent in 2019, compared with a total return of negative 4.12 percent for all of 2018, according to Nareit. In January alone, 17 REIT sectors outperformed the S&P 500, the trade group reveals. In fact, January represented the best month for REIT performance since October 2011.

“Coming off their worst year since the financial crisis, REITs seemingly flipped the switch as soon as the calendar turned the page,” says Alex Pettee, president and head of ETFs at Rowayton, Conn.-based investment adviser Hoya Capital Real Estate LLC. “For REIT investors, this impressive rally is a welcome and much-needed shot of adrenaline for a sector that has moved sideways for essentially the entire second half of this decade.”

However, the rest of the year likely won’t be as much of an adrenaline rush for REITs as the first two months were.

Double-digit gains in the REIT sector can’t be sustained for the entirety of 2019, notes Calvin Schnure, senior vice president of research and economic analysis at Nareit. However, Schnure says he expects REITs as a whole to keep being rewarded for “moderately robust” FFO growth and healthy occupancy rates.

Now that REITs are “fairly priced,” Cedrik Lachance, director of REIT research at Green Street Advisors Inc., a real estate research and analysis firm based in Newport Beach, Calif., says their upside potential for the rest of 2019 is limited.

“We have clear sailing here,” he adds. “These are some of the most favorable conditions you could hope for in real estate.”

Which REIT sectors might enjoy the smoothest sailing for the remainder of 2019? Here are three that REIT observers singled out.

The industrial REIT sector remains strong thanks to the steady rise of e-commerce, Schnure notes.

“Industrial REITs continue to exceed even the most optimistic projections as the demand for logistics space continues to substantially outpace the supply of it,” Pettee says.

In December 2018, commercial real estate services company CBRE reported that demand for industrial space had exceeded supply for nine consecutive years by an average of 94.1 million sq. ft., pushing the vacancy rate to a historic low of 4.3 percent.

Lachance foresees outsized demand for industrial properties for “many, many years to come.” He predicts that through the end of 2023, the industrial sector will post average rent growth of 5.0 percent a year.

Residential REITs, particularly those in the multifamily sector, should see positive gains throughout 2019, given that Americans are still grappling with the availability and affordability of housing, experts say. Largely as a result of the supply-and-demand imbalance, multifamily REITs have benefited from double-digit returns over the past 10 years, Schnure says.

“There are still millions of people who are living with family members, with roommates, in smaller places than they would like, and many of them can’t afford to buy,” he notes

Plus, at least for now, REIT stocks in the multifamily and manufactured home sectors are a bargain, according to Lachance.

Nonetheless, CBRE researchers pointed out in December 2018 that although long-term and cyclical trends support further demand for multifamily space in 2019, vacancy rates are likely to inch up slightly and rent growth is poised to stay under its long-term average.

Although bad news about store closures keeps pummeling the retail sector, retail REITs have been lifted by healthy returns so far in 2019, and Schnure says REITs that own high-quality malls will continue to benefit from new tenants lining up to fill vacant spaces.

For the remainder of 2019, retail REITs—notably those that own top-notch properties—“might have more upside potential than some of the other sectors,” Schnure says.

Pettee is more guarded in his assessment of retail. Retail REITs, he says, “seem to keep getting the rug pulled out from under them.”

“Just when it seems that the worst of the store closings are in the rearview mirror, another bankruptcy gets announced,” Pettee says.