Omni-channel will continue to be the key strategy for retailers moving forward, says Melina Cordero, global head of retail research with real estate services firm CBRE. “But what I think is interesting about 2019 that will be a little bit different from the past two years is a lot of that investment is going to return to the store,” she says.

Much of retailers’ emphasis has been on investing in e-commerce platforms and making sure the logistics and supply chains are in place, Cordero notes—and that will continue.

“But what retailers have realized, especially over 2018, is how effective the store is as a sales vehicle and that’s protecting profit margins,” she notes.

There’s been a big learning curve in the industry, she adds, as retailers have realized that consumers want e-commerce options, but also the ability to visit physical stores. E-commerce has proven extremely expensive, she points out, and it’s eroding a lot of retailers’ profit margins with free shipping and returns.

“What we saw coming out of the end of 2018—and I think we’re going to see a lot more in 2019—is more strategies like buy online-ship-to-store, buy online-pick up in store—and really encouraging the consumer to come into the store.”

That saves the shipping costs for the retailer, but also, according to surveys, the consumer tends to spend more when they get into the store.

2. Physical Stores Will Come Out of the ‘Shadows’

“Retail bricks-and-mortar will really begin to come into its own from what I call the shadows,” says Gerald S. Divaris, chairman/CEO of real estate brokerage firm Divaris Real Estate Inc., based in Virginia Beach, Va.

There’s been anxiety on the part of traditional retailers that online retail was going to “really adversely impact their business,” Divaris notes.

“But the truth of the matter is, retail is a vehicle of conveying manufactured products that the consumers want through various channels of distribution,” he says. Online is one channel and bricks-and-mortar is another. Catalogs and direct sales are other channels. Retailers that can harness all of those various channels of distribution successfully are the ones that will win out in the end, Divaris says.

“We’ve seen how many have succeeded in doing that—guys like Target, Best Buy, Kohl’s, Williams-Sonoma,” he notes. “Those retailers that haven’t been able to harness that concept—the faltering Sears and Toys ‘R’ Us of the world—are likely to disappear over the next 12 to 24 months. We will see a strengthening of the good retailers and the elimination of those that are weak.”

3. The Worst is Over for Bankruptcies in the Retail Sector

“I think we’re through the worst of it, but there will always be bankruptcies—even in good times,” Cordero says. “Retail is such a cyclical business. [Someone once described it saying], it’s not if a retailer will fail, but when. It might seem dark, but it’s not. It’s the nature of the beast... It’s up to retailers to adapt to change, reinvest constantly. That’s why it’s such a tricky business. But those retailers that are doing it in smart ways are going to be fine.”

“From the ratings standpoint at how we look at retail, the structural changes will continue to dominate any kind of favorable, cyclical momentum,” says Robert Schulz, managing director and U.S. retail sector lead at S&P Global Ratings. “In other words, department stores will still wrestle with right-sizing of footprints, and Amazon and other online operators will continue to take share from the bricks-and-mortar guys that don’t have a viable online operation.”

Even if the consumer feels good at the moment, and there’s a better holiday sales season than expected, the “structural changes will continue to trump any benefit we get from the economy,” Schulz notes. And that will continue to play out in 2019.

Another question is what will happen when the cycle turns, Schulz adds.

“When the economy does start to slow down—and we could see that in 2019—retail will be at the sharp end of the stick in terms of bearing the brunt of any pullback by the consumers,” he says.

Many retailers have been struggling in a good economy, and when the cycle turns, Schulz says retail will face even more challenges.

“The strength of local markets and more diverse experiential and entertainment offerings such as Legoland Discovery Centers, KidZania activity centers, and bowling alleys, will drive revenue at better-located properties backed by sophisticated operators with deep pockets that can shoulder the burden of higher vacancy rates,” he says. “In contrast, those with insufficient capital investment in weaker markets are suffering.”

Jellinek adds that as some traditional retailers are scaling back—think department store closures—others offering a more personal experience, as well as discount retailers like TJ Maxx and Dollar General, are expanding.

“This has been reflected by persistent underlying growth in reported net operating and occupancy rates since 2011, with NOI growth netting annual gains and average occupancy rates for major cities and property subtypes surpassing 90 percent,” he says.

6. Online Retailers Will Beef Up Their Real Estate Portfolios

“Brands such as Everlane and Bonobos are filling retail vacancies in shopping malls and strategically locating their shops in proximity to their consumer—thanks to all their consumer data,” Solanki says.

“Moreover, landlords are enthusiastic about revitalizing the tenant mix and are embracing these brands by offering short-term leases with extension options, remodeling allowances and other incentives to ensure their presence.”

The list of brands looking to implement a physical store presence is growing, because they see an opportunity to increase their clientele while growing their revenue, she adds.

7. The Toy Market Will Be Reinvented
Andrew Burton/Getty Images

“The toy market is a $4 billion business, and with the departure of Toys ‘R’ Us, there’s a void and retailers like Amazon, Target and Walmart see the opportunity and are all competing for the market share,” Solanki says.

Also, iconic toy retailer FAO Schwarz is planning to create stores-within-stores as well as explore boutiques in airport terminals—a concept Amazon is also looking into for other types of products, Solanki notes.

“Class-A retail vacancies are very low, and with rising interest rates and the economy most likely slowing in 2019, you will hopefully see better real estate leasing opportunities for national tenants in the next couple of years,” says Ben Terry, vice president of retail brokerage at the Coreland Cos., based in Tustin, Calif.

It will also be interesting to see how developers reposition Sears boxes throughout the country, Terry adds.

“In major metropolitan and suburban markets where prime real estate is hard to come by, you might see theses boxes be torn down and see a combination of multifamily and lifestyle retail shops focused around food, service, fitness and entertainment uses,” Terry says.

Cordero agrees there will be more refurbishment and redevelopment of retail centers, especially with Sears’ stores closures and potential liquidation.

“It opens up a lot of landlords’ plans that they’ve been putting into place to redevelop properties and take their properties into 2019 and beyond,” she notes. However, it will come down to landlords’ ability and willingness to finance redevelopment projects.

The big REITs have the ability to invest, but if they don’t have the willingness, that’s a problem, she says.

“If you’ve got the smaller players, private owners that know they need to reinvest but can’t, that’s a problem,” Cordero adds.

He advises industry insiders to watch for grocery stores to also shrink, particularly if they’re now using delivery as a means of moving bulkier and less glamorous products like sugar, pet food and flour.

“Why would you buy it in a grocery store and lug it and take it home?” he asks. “They’re not sexy and not something that you need to go to the grocery store to buy. You just order it and have it shipped to your house.”

10. The Grocery Sector Will Continue to Evolve

Amazon’s acquisition of Whole Foods in 2017 continues to spark changes in the grocery sector.

“When we talk about omni-channel and e-commerce, we really think that grocery is going to see some big shifts next year,” Cordero says.

The grocery business has been slow to go online for several reasons, she notes: Consumers are accustomed to going to the grocery store. Grocers themselves haven’t pushed to put everything online, because the supply chains and logistics for grocery are very expensive, and it’s such a low-margin business.

However, experimentation is underway, Cordero notes.

“There have been a lot of investments over 2018 on the part of big grocers, and with the arrival of new-entrance, new technology players, and much more automation, we think we’re going to see a shift in 2019 where consumers are going to get more comfortable ordering groceries online—and have more options—and grocers are going to be pushing that as well,” Cordero says. 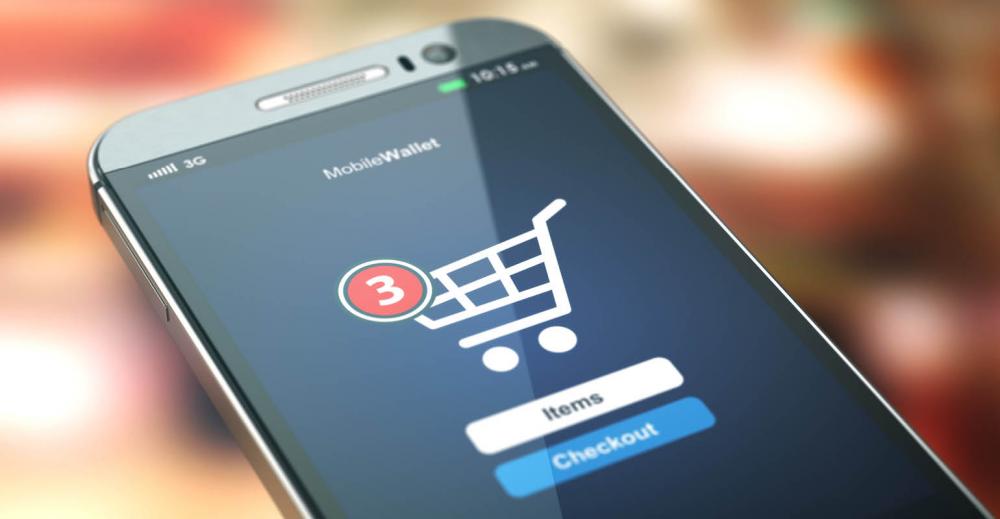