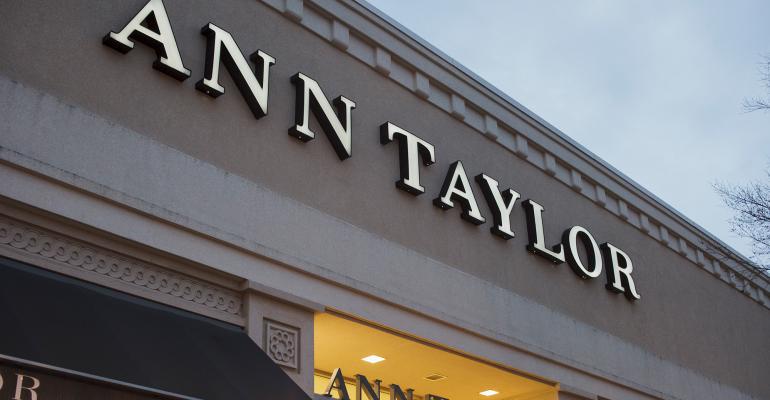 The owners of Ann Taylor and Lane Bryant could file for Chapter 11 by the end of this week.

(Bloomberg)—Ascena Retail Group Inc., the owner of mall brands that occupy almost 3,000 stores in the U.S., is preparing to file for bankruptcy and shutter at least 1,200 of those locations, according to people with knowledge of the plan.

The company, which owns brands such as Ann Taylor and Lane Bryant, could enter Chapter 11 as soon as this week with a creditor agreement in place that eliminates around $700 million of its $1.1 billion debt load. Lenders including Eaton Vance Corp. would assume control of the company, said the people, who asked not to be identified discussing a private matter.

Ascena has experienced years of financial losses amid a boom in online shopping and slowdown in foot traffic at malls. The bankruptcy filing would allow the company to keep some of its brands operating while it shutters or sells others, the people said. Catherines and Justice are among the chains it’s considering to close or sell, they said. The plan is not final and certain details could change.

Ascena shut its shops in mid-March as the coronavirus outbreak spread, and began to re-open locations in early May as state authorities lifted restrictions. Customer traffic is much lower than normal at the revived stores, the company said in an update on the impact from Covid-19 on its business.

Like other retailers, the company cited a slump in sales tied to the closures. The company’s earnings and cash flow have been “significantly reduced” despite efforts to preserve liquidity, Carrie Teffner, Ascena’s interim executive chair, said in the update.

Ascena previously failed to sell two of its chains amid the losses and signs that creditors were losing confidence in its prospects. In September management discussed divesting Catherines and Lane Bryant, which specialize in plus-size women’s apparel, Bloomberg reported.

--With assistance from Lauren Coleman-Lochner.