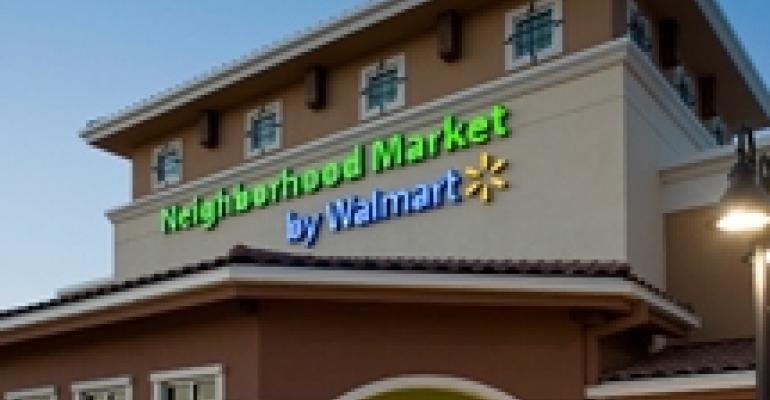 As U.S. chain retailers absorb the lessons of the Great Recession, many big-box chains have started to shrink average store footprints to reflect the growing importance of multi-channel shopping, adapt to urban settings and recognize the need to optimize portfolios.

Wal-Mart Stores Inc., Target Corp., Best Buy Co. Inc. and Gap Inc., among others, all have small concepts in the works or are adapting existing ones. These smaller store formats should allow the retailers to maximize profitability and open more stores in closer proximity to each other, say three retail consultants and a retail real estate broker Retail Traffic spoke to.

Wal-Mart Stores and Target have been the most high-profile examples of this trend.

In 2011, Wal-Mart Stores plans to open between 30 and 40 smaller format stores, representing a combination of its Walmart Market and Walmart Express units, according to a company spokesman. Walmart Express stores will measure up to 30,000 square feet and will focus on grocery products and a limited selection of general merchandise. The company is already working on two Walmart Express stores in Chicago and three in Northwest Arkansas.

The CityTarget stores will carry a reduced, optimized product selection and will be located in densely populated urban markets—the company is looking at a minimum of 50,000 people living within two miles of the stores, according to a Target spokesperson. Target plans to open four CityTarget stores in 2012, in Chicago, Los Angeles, Seattle and San Francisco, and is exploring opportunities in additional areas of the country.

“Based on extensive research, we knew that our brand was very appealing to an urban demographic,” says Target’s spokesperson. “So we had a goal to better reach those urban areas and what’s really great is the flexibility of this format.”

The turn towards smaller, urban stores also comes at a time when the outlook for power centers remains clouded, providing further impetus for big-box chains to diversify real estate strategies.

“Retailers looking for smaller footprints has been a trend since the recession started,” says Cynthia Groves, senior managing director of global corporate services with Newmark Knight Frank, a real estate services firm. “From a real estate perspective, what’s important to a retailer is they have to make their sales per square foot. The recession made them realize that they can get by with smaller square footage and have strong sales as a result.”

Bang for your buck

What’s more, Apple’s strategy of stocking only a limited number of products in its physical stores has helped reduce its real estate costs and created synergy between its brick-and-mortar and online sales channels, Davidowitz notes. Customers come to Apple’s physical locations to test-drive new gadgets, but they then have the option to get items shipped to them directly from Apple’s warehouses. This helps drive business both in-store and on the web, a critical goal for many retailers today, according to Groves.

In addition, the discounters Wal-Mart and Target face increasing competition from the dollar store chains, many of which already operate smaller stores in urban markets and are able to beat the giants on productivity, he adds.

“What these big retailers realized is that these smaller stores are more convenient and the economics of running them are better,” Davidowitz says. “With a scaled-down selection, you can get a huge return on investment, mainly because of lower expenses and lower investment in each store.”

Part of the rationale for expanding through smaller units has been logistics—it would be virtually impossible to find 200,000 contiguous square feet of retail space in the middle of Manhattan, so big-box chains have no choice but to downsize to enter certain markets.

But another benefit of operating smaller stores is that the strategy allows a retailer to potentially open more stores within the same trade area, promoting its brand, according to Matt Winn, managing director of retail consulting with Cushman & Wakefield, a commercial real estate services firm. Since the smaller units can carry only a limited selection of merchandise, retailers can cut down on cannibalization by stocking up on different products in stores that are located in close proximity.

“Depending on the concept, that could be a very smart strategy because it allows people, as they think of your brand, to see that you are on the next corner,” Winn notes.

Smaller stores might not necessarily translate into lower real estate costs, however. In many of the urban markets the retailers are targeting, including New York, Chicago and Los Angeles, the sky-high rents per square foot will likely minimize any savings on overall real estate costs, Friedman says. A smaller specialty retailer might be able to save on common area maintenance (CAM) charges by opening smaller stores, but big box anchor tenants like Target and Wal-Mart normally pay rents based on percentage of sales and would not realize significant savings by pursuing smaller units in large cities.

Instead, the name of the game will be sales productivity. Locations in high density urban markets draw tremendous foot traffic, Friedman notes. The combination of smaller footprint and higher traffic should help drive average sales per square foot.

“If you have that much traffic, you can afford those astronomical rents,” Friedman says.

The challenge is that many of the big-box operators have limited experience opening stores in urban markets. Their strategy up till now has been cookie-cutter, notes Davidowitz—most are used to operating stores in formats with very clearly defined square footage and layout criteria. In cities like New York, that will no longer be possible. The retailers will have to adjust to working with a multitude of different layouts and size configurations, to devote more time to securing zoning permits and to coexist with non-retail co-tenants. What’s more, site selection will have to be much more precise than it has been for multi-tenant suburban shopping centers.

“Urban real estate requires a whole different mindset,” Davidowitz says. “The whole idea of ‘I am going to get an exact prototype,’ which is the way chain stores have always grown, is out the window. Your position on the block can make or break you in New York and which corner you are on can make a difference of 25 percent in your sales. Urban real estate is a whole new world, which they are going to have to learn.”