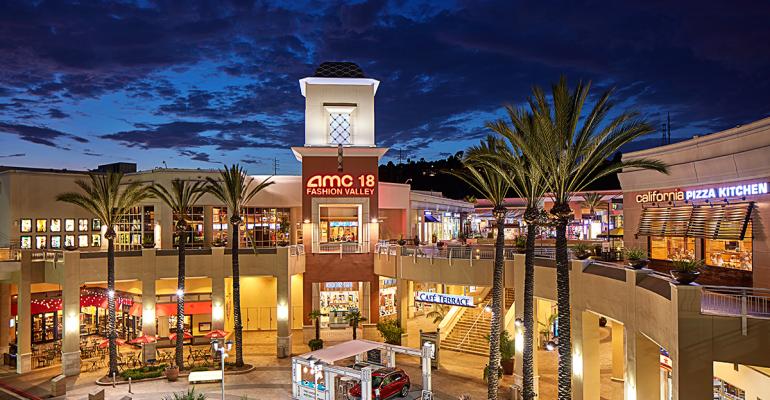 Breaking Down Simon’s Bet on Taubman

What does the mega-merger mean for the mall sector and will more consolidation follow?

Last week rumors emerged that retail real estate giant Simon Property Group was contemplating acquiring Taubman Centers. On Monday, those rumors came to fruition when the Indianapolis-based REIT announced it had reached an agreement to acquire the Bloomfield Hills, Mich.-based company in a deal valued roughly $3.6 billion. Simon agreed to buy all of Taubman’s stock for $52.50 a share, which represents a 51 percent premium over Taubman’s closing price last Friday. The proposed transaction values the Taubman portfolio at about $9.9 billion, reported S&P Global Ratings, which rates Simon.

It marked an unexpected climax for two companies that have deep roots in the American mall industry. Taubman dates back to 1950 when A. Alfred Taubman created the company. While Simon was founded about a decade later by brothers Melvin and Herbert Simon as Melvin Simon & Associates. Today Taubman’s sons Robert S. Taubman, the REIT’s chairman, and president and CEO, and William S. Taubman, COO, head up Taubman while Melvin’s son David Simon is chairman and CEO of Simon Property Group.

But at a low point, Simon attempted a hostile takeover of Taubman Centers in 2002 while company founder A. Alfred Taubman was briefly behind bars due to a price-fixing scandal at Sotheby’s, which he owned at the time.

In his memoir, published in 2007, Taubman wrote about how much the takeover attempt stung him. “In the business world, it used to be true that family businesses didn't attack other family businesses,” Taubman wrote at the time. “So much for history. Simon had locked itself into an acquire-or-die strategy and saw us as easy prey.”

Now nearly 20 years later the narrative is quite different. The two families see a brighter future ahead with Taubman’s smaller portfolio of high-quality centers benefiting from Simon’s scale in the marketplace.

As a result of the deal, the Taubman family will sell roughly one-third of its ownership stake at the transaction price and retain 20 percent ownership in Taubman Realty Group L.P. Taubman will continue to be managed by Robert S. Taubman in partnership with Simon.

“Over the last few years, David and I have developed an excellent personal relationship and importantly, Simon shares our commitment to serving retailers, shoppers and the communities in which we operate,” Robert S. Taubman said in a statement. “The board and I are confident that Simon is the ideal partner to help us build on our progress."

How will the deal play out?

Many industry largely lauded the deal and endorsed the companies’ rationale for the merger.

“It makes a ton of sense,” says Alexander Goldfarb, a senior REIT analyst for Piper Sandler, which rates Simon. “Geographically, it adds to Simon’s Northeast, Florida and California [markets]…. It adds some excellent one-off properties like Cherry Creek in Denver and Green Hills in Nashville.

“Operationally, Simon is a more intensive operator than Taubman, so they’re more aggressive on temporary tenants, ancillary income, signage, kiosks and all that stuff,” Goldfarb adds.

From a financial perspective, capital is cheaper for Simon to borrow than Taubman, he continues.

“Overall, I think the deal is a good one,” echoes Neil Saunders, managing director at research firm GlobalData Retail. “Simon has a strong track record of investing in malls and making them work in an era when consumer behavior is changing rapidly.”

Having the Taubman centers within Simon’s portfolio will help secure the future of those locations, Saunders notes.

That said, the merger is really focused on top-tier malls, he says.

“If more investment is going to go into these locations, it’s probably a threat to malls lower down the pecking order,” Saunders explains. “This is part of the polarization of shopping malls between the best and the rest, a trend that will only accelerate over the next few years.”

Ana Lai, senior director at S&P Global Ratings also sees the deal as a positive move. “The transaction further consolidates high-quality malls and provides [Simon] with a better position to negotiate with retailers for access to quality locations,” Lai notes.

Retailers may go through more store rationalization as they face challenging conditions in the retail industry, she adds.

Since both Simon and Taubman own high-quality malls, “from our view, assets of that caliber should remain fairly resilient compared to B malls,” Lai says.

Do more mall mega-mergers lie ahead?

The deal ends a short dry spell on the retail real estate M&A front. The last significant ones were Westfield’s takeover of Unibail-Rodamco and Brookfield Asset Management Inc.’s purchase of GGP Inc., both in 2018. But as the U.S. mall sector has taken a beating and mall owners feel the pressure, retail industry experts say they expect to see continuing consolidation.

“I am not surprised at all by the merger and think there could be more ahead in coming years,” says Nick Egelanian, founder and president of SiteWorks Retail Real Estate Services, a retail real estate consultant firm based in Annapolis, Md.

Taubman owns a small but premier portfolio, Egelanian notes. “However, it has not been successful in creating new projects for most of the last 25 years,” he says.

With little ability to leverage the premier properties that Taubman owns, it makes sense to merge the portfolio with Simon’s larger holdings, Egelanian points out.

Meanwhile, Simon will benefit significantly by increasing the number of class-A malls in its portfolio, Egelanian says. However, it won’t be all smooth sailing.

“With Green Street [Advisors] now projecting that 50 percent of the country’s remaining department stores will close in the next five years, Simon is nowhere near out of the woods and will have to develop a significant repurposing program for potentially hundreds of closing department stores, even in A malls, in the coming years,” Egelanian says.

“We have a long way to go before we’re down to likely less than 150 fully functioning A malls from what once was around 3,000 malls from coast to coast,” he adds.

Egelanian believes that eventually Simon will have to close or repurpose some of its lesser malls while the Taubman portfolio is “very high quality.”

Some regional mall REITs are even stepping in to save flailing retailers at their properties. Last week, Simon and Brookfield Property Partners bid $81 million for bankrupt retailer Forever 21.The fast-fashion retailer filed for Chapter 11 bankruptcy organization last September.

“It’s an investment,” Lai notes. “From a landlord’s perspective, taking control of the asset will enable them to control the pace of the re-leasing or redevelopment of the real estate, if needed.”

Simon owns or has an interest in 233 properties worldwide. The REIT’s portfolio occupancy was 95.1 percent in fourth quarter 2019, and 2019 revenues were $2.1 billion. Simon, with a market value of$40.6 billion, said it anticipates the deal to immediately increase funds from operations, adding at least 3 percent on an annualized basis. The $1.7 billion Taubman owns, manages or leases 26 shopping centers in the U.S. and Asia including Beverly Center in Los Angeles and Dolphin Mall in Miami.

This current deal, subject to Taubman shareholder and regulatory approval, is expected to close in mid-2020.