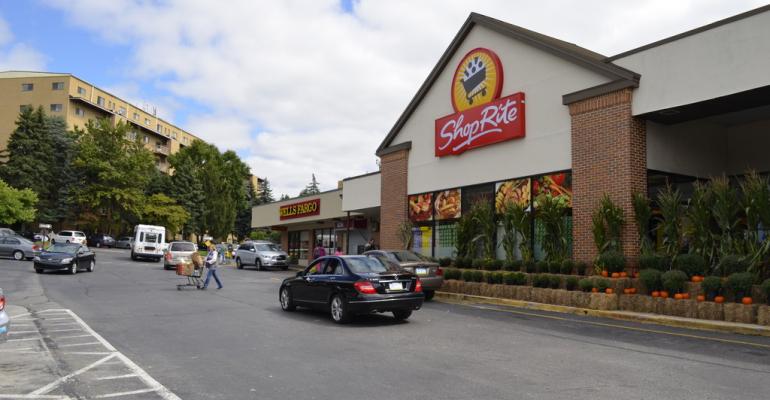 We’re barely into 2019, and the shaky future of Sears continues to grab many of the big headlines in the retail sector. But that’s not the story that high-net-worth (HNW) investors should be following in terms of retail real estate.

Rather, experts advise, HNW investors should be evaluating retail prospects based on geography and strategy—not on Sears-level machinations in the retail sector.

Why those markets? They show healthy job growth and strong demographic profiles, Muoio says. As for markets where a “sell” mentality might be in order, they include Milwaukee, Northern New Jersey, Philadelphia, Pittsburgh and St. Louis. Muoio cites strained economics, weak or stagnant population growth and sluggish employment growth as reasons to steer clear of those areas.

“The recent tax law changes have triggered a jump in economic growth in these areas due to migration from high tax states and increased investment and corporate relocations to these areas,” Bayer says.

If HNW investors are active operators or opportunistic buyers who are capable of repositioning assets and creating value, then they should go after assets in secondary markets, where prices are lower and cap rates are higher than in core markets, says Robert Drury, senior vice president with Ten-X.

However, great retail real estate opportunities can be found in all major metro areas in the U.S., according to Michael Smetana, a real estate attorney in the Chicago office of law firm Culhane Meadows.

“Site characteristics remain more important than ever,” Smetana says. “In a suburban location, that means a corner at a signaled intersection with high traffic counts and ample parking. In an urban area, that means access to public transportation, street visibility and proximity to lifestyle amenities.”

No matter which geographic region HNW investors lean toward, industry players urge them to investigate certain types of retail assets. Below we outline three of them.

“Look for tenants who excel at customer service,” he says. “Successful retailers will be looking to optimize the relationship between a bricks-and-mortar presence and online shopping to provide the best overall customer experience, as more than 90 percent of sales still occur in a physical store.”

In addition, single-tenant restaurants don’t compete with online merchants, notes Michael Koss, chairman and CEO of Los Angeles-based Koss Real Estate Investments. But if you’re pursuing an investment in a fast-food restaurant, be sure it’s equipped with a drive-thru window, Koss says.

A November 2018 report from Colliers International stressed that single-tenant retail spaces “are considered less vulnerable than other investment asset classes and will continue to be a great hedge against the headwinds that can affect equities, despite the recent and pending interest rate hikes.”

Koss urges looking at small corner lot shopping centers in urban areas that are dominated by service retailers. Factors that HNW investors should consider with this property type include solid co-tenancy, such as a Target or Walmart store being situated next door; easy access; good visibility; and a decent footprint, he notes.

“Overall, if you can secure good credit tenants in an ideal location with a longer-term lease, there is a high degree of investment safety,” Koss says.

He cautions, however, that this asset category isn’t suited for every real estate investor.

“Owning and managing even a small shopping center involves a steep learning curve, and should only be attempted by an investor willing to devote the necessary time and resources,” notes Smetana.

As investors keep pulling capital from retail in response to the Sears meltdown and other retail rockiness, some high quality retail assets in secondary markets are being mispriced, notes Greg Moran, head of retail and chief investment officer at Black Creek Group, a Denver-based real estate investment management firm.

Against that backdrop, Moran adds, opportunities abound for necessity-based retail—high quality neighborhood centers that include grocery stores, restaurants, banks, hair salons, dry cleaners and other services that are difficult to replicate online.

“Contrary to conventional wisdom, retail is growing, not declining. In fact, there are almost three times as many companies opening stores than there are closing them,” Black Creek Group noted in a mid-2018 report.

E-commerce disruption of mall-based and big-box retailers, such as Sears and Toys “R” Us, has overshadowed the “continued health and vigor” of well-located, necessity-oriented retail centers, the Black Creek Group report says. “Grocery-anchored centers circumvent and complement e-commerce and have continued to demonstrate strong fundamentals and outsized investment performance,” it notes.

Even stand-alone grocery properties are in high demand, thanks to their built-in customer base, according to The Boulder Group, a Wilmette, Ill.-based brokerage firm specializing in net lease properties.

Commercial real estate services company JLL reported in December 2018 that grocery was one of the year’s top-performing retail sectors, particularly in major non-gateway markets and secondary markets with healthy employment growth. Among the standout markets cited by JLL were Atlanta and Seattle.