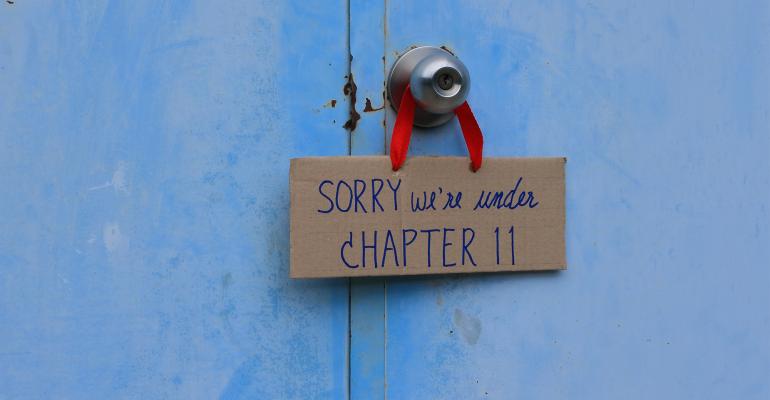 And in spite of significant changes to the bankruptcy code since GGP went through the process, filing now will be more arduous.

As CBL & Associates Properties Inc. prepares to head to bankruptcy court on the heels of reaching a deal to restructure its massive debt load, some bankruptcy attorneys are keeping a watchful eye on other mall owners. That’s because they view CBL as a “canary in the coal mine” when it comes to mall bankruptcies.

“Shopping centers were under stress well before the pandemic broke out because consumers were increasingly buying online, leading to bankruptcies of department stores and apparel chains,” says Eric Snyder, a partner at New York City-based law firm Wilk Auslander LLP and chairman of the firm’s bankruptcy department.

The coronavirus pandemic aggravated that stress, Snyder says. Many coronavirus-fearing shoppers are reluctant to visit reopened malls and landlords are coping with late or unpaid rent from scores of tenants, he notes. As of Aug. 18, CBL’s July rent collection rate stood at 49 percent. For mall owners, the combination of less foot traffic and stunted rent collections could lead to more actions similar to CBL’s, according to Snyder.

“CBL will be the first of many mall-related bankruptcies,” he predicts.

Steve Wilamowsky, a partner in the New York City office of law firm Schiff Harden LLP who specializes in bankruptcy law, echoes Snyder’s opinion. Mall owner bankruptcies will lag the current spate of retail bankruptcies, Wilamowsky notes. As such, he envisions that a number of such bankruptcies will crop up in 2021, especially if this year’s holiday shopping season is a dud.

“Lenders are going to want to see how this shakes out,” Wilamowsky says. “They’re going to be patient and see what happens [with] COVID.”

If that scenario materializes, CBL’s case would be the only bankruptcy case filed this year by a major mall owner.

On the path to restructuring

On Aug. 19, Chattanooga, Tenn.-based CBL said it had reached what’s known as a restructuring support agreement with 57 percent of its bondholders. CBL says this arrangement will eliminate about $900 million in debt and at least $600 million in other obligations. In all, the restructuring plan would erase about $1.4 billion in principal from unsecured notes in exchange for $500 million of new senior secured notes due in June 2028, along with $50 million in cash and about 90 percent of the company’s new common equity.

The company plans to file for voluntary Chapter 11 bankruptcy by Oct. 1. In the meantime, it’ll be business as usual at CBL’s 108 owned and managed properties, according to company executives. In a restructuring Q&A on its website, CBL proclaims that it’s not putting itself up for sale.

“Reaching this agreement with our noteholders is a major milestone for CBL,” Stephen Lebovitz, CEO of CBL, said in a news release. “The agreement will significantly improve our balance sheet by reducing leverage and increasing net cash flow and will simplify our capital structure, providing enhanced financial flexibility going forward.”

“Our goal is for this process to proceed as smoothly and as quickly as possible with no disruption to CBL’s operations,” Lebovitz added. “Once the process is complete, we will emerge as a stronger and more stable company, with an enhanced ability to execute on our key strategies of diversifying our sources of revenue and transforming our properties from traditional enclosed malls to suburban town centers.”

As of Aug. 19, CBL had about $220 million at the ready, representing cash on hand and ready-for-sale securities. The company says its cash position and the cash flow from its malls are sufficient to meet restructuring and operating needs.

When CBL goes to bankruptcy court, it’ll find that little in the U.S. Bankruptcy Code has changed since the last bankruptcy case involving a major mall owner, says Eric Rosen, a shareholder in the Palm Beach, Fla. office of law firm Fowler White Burnett PA, who chairs the firm’s bankruptcy practice. General Growth Properties Inc. declared Chapter 11 bankruptcy in 2009, several years after the code underwent its most recent significant changes, and wrapped up its case in 2010.

Nonetheless, Rosen adds, the bankruptcy process this time around might be more difficult for CBL or any other mall owner. Amid the pandemic, bankruptcy judges might extend filing deadlines, allow extra time to “cure” defaults or suspend a case altogether, he says. Furthermore, bankruptcy judges will pressure participants in mall bankruptcy cases to work out forbearance agreements or debt-restructuring loans, Rosen notes.

In addition to the pandemic, the explosion of e-commerce and the shakeup of the retail landscape in the 10 years since the General Growth Properties bankruptcy case ended will complicate Chapter 11 bankruptcy proceedings for today’s mall owners, says Wilamowksy. Why? Because faltering malls won’t just need a financial restructuring, he says. Perhaps more importantly, they’ll need a fundamental restructuring of how their space is used. Otherwise, he says, troubled malls will be forced to close.

Some big-name mall owners “are going to be experiencing a lot of stress, because I’m not sure that this business is coming back when there’s a [coronavirus] vaccine. I think some of it will,” Wilamowsky says. “But the question is, ‘Does your business model work if only 75 or 80 percent of the business comes back?’ And I think that for a lot of malls, the answer is going to be ‘no.’”

“Great cause for concern”

Making matters worse for retail properties is the continuing struggle to collect rent from tenants. According to a June report from Fitch Ratings, April rent collection rates for enclosed malls were the lowest of all retail property types, at roughly 20 percent to 30 percent, compared with about 50 percent to 60 percent for strip and open-air shopping centers and at least 70 percent for free-standing locations.

During his company’s Aug. 10 earnings call, Simon Property Group Inc.’s Chairman and CEO, David Simon, acknowledged that at least until the end of 2020, collecting rent from tenants will remain a challenge for the country’s largest mall owner. In July, the recent collection rate for the Indianapolis-based REIT was 73 percent.

Landlords with top-performing malls, like Simon, stand a better chance of surviving financial strife than landlords with weaker malls do, according to Wilamowsky. But he doubts that even the strongest landlords will come out of the current environment unscathed, as their debt on certain properties might need to be restructured.

“I think there’s great cause for concern,” he says.

The problems that some mall tenants face with paying rent could create a “domino effect,” hampering a landlord’s ability to make debt payments and possibly leading to loan defaults or even property foreclosures, says Rosen. That, in turn, could trigger a bankruptcy filing for a mall owner.

Today, “mall owners have less reliable tenants, since the tenants have lost market share to online retailers,” Rosen says. “This lack of projected income makes it more difficult to negotiate a feasible restructuring with the mall owner’s banks.”

“The flip side is if the mall is not worth as much as it was, because its income stream has decreased, and if the bank does foreclose, it may be left with a property that it cannot lease out for enough money to cover its loss or cannot resell it unless it absorbs a loss,” he adds.