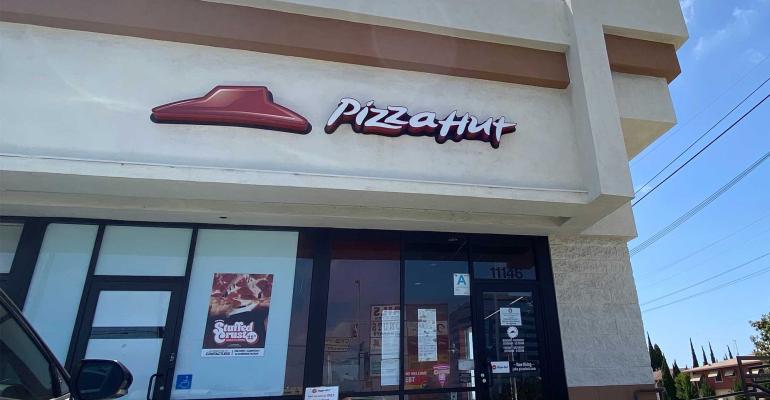 On Monday, Pizza Hut said it is offering a large Original Pan Pizza with up to three toppings for $10.99, down from a standard price of about $18.

Pizza Hut, Outback Steakhouse and IHOP join a growing list of restaurant chains engaging in pandemic-fueled trims, tweaks and discounting of their menus.

On Monday, Pizza Hut said it is offering a large Original Pan Pizza with up to three toppings for $10.99, down from a standard price of about $18. The Yum Brands pizza division, which reformulated the Original Pan Pizza recipe last year, said the limited-time offer allows fans to order the pizza with their “favorite toppings without needing to stretch their wallets.”

The Plano, Texas-based chain, which has seen digital sales surge during the pandemic, called the special $10.99 offer “the best deal yet” for the pizza.

On Monday, IHOP introduced the family-dining brand’s first-ever afternoon value menu dubbed IHOPPY Hour. Deals include entrees priced at $5 or $6, depending on the market; $3 Snacks & Sides and $1 or $1.50 beverages.

The $5 or $6 meals include seven items such as the Buttermilk Crispy Chicken Sandwich, Quick 2-Egg Breakfast and the Chicken & Pancakes. The happy hour prices represent a savings of $5-$7 per entrée.

The new menu is geared for dine in, but also available for to-go orders, the Glendale, Calif.-based company said.

“We created IHOPPY Hour as a way to provide folks with affordable opportunities to pancake together under our blue roof even more often,” President Jay Johns said in a statement. “By offering these fan favorite menu items at unbeatable prices seven days a week, we hope to make every day just a little hoppier.”

Earlier this month, Outback Steakhouse also tweaked its menu to bring more value to diners amid the pandemic. The casual-dining chain added a new category of five meals called Steak ‘N Mate Combos, which start in price at $17.99. The company also lowered the price of the famed Bloomin’ Onion to $7.99 in certain markets and added a second side to most entrees.

The Bloomin' Onion normally ranges in price from $9.49 to $10.99, depending on the location. The discounted price, which started in early September, will stick around every day as the "new pricing has been popular," the company told Nation's Restaurant News on Monday.

“We know value is important to our guests, especially now,” Chief Marketing Officer Danielle Vona said in a statement.

Restaurant analyst Tim Powell said the fall menu promotions don't necessarily signal a “cry for help” among these brands. It’s more about a change of seasons.

“As operators move into the cooler months and families are still in lockdown mode, Pizza Hut's move is an attempt to take advantage of this occasion,” he said. 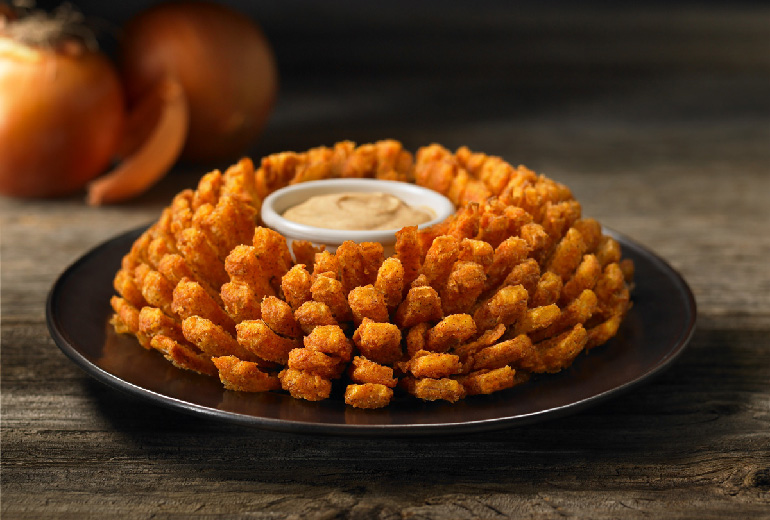 In a Restaurants Rise session held in June, menu research firm Datassential advised chains to resist resorting to discounting to lure consumers — a strategy that hurt some restaurants during the Great Recession.

During the pandemic, other menu trends have emerged including trimming of menus – a move made to streamline operations when dining rooms were completely shutdown to curb the spread of COVID-19. McDonald’s, Taco Bell, Red Robin Gourmet Burgers and Panda Express were among the brands that initially operated with reduced skews.

Some made the reductions permanent including Red Robin, which removed 55 items from its menu. Taco Bell has overhauled its menu a few times during the COVID-19 crisis including reducing breakfast hours in some markets and removing more than a dozen items from the menu over the summer and coming up in November.

Updated: This story has been updated with more information.