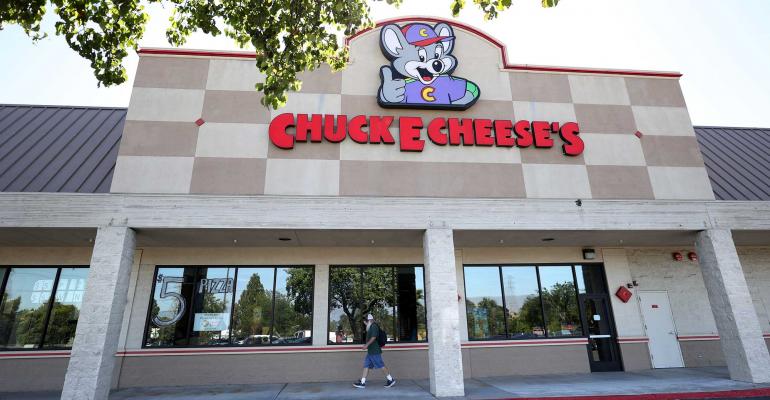 The parent company, CEC Entertainment Inc., asked to pay reduced rent based on status of operations rather than forgoing payments completely.

(Bloomberg)—Chuck E. Cheese is looking for two more months to negotiatie with its landlords over deferred rent, while it also proposes paying part of the full amount due.

CEC Entertainment Inc., parent of Chuck E. Cheese and Peter Piper Pizza, asked to pay reduced rent depending on the status of its operations, rather than forgoing payments in full, attorney Alfredo Perez of Weil Gotshal & Manges, said at a status conference Monday. The company reached an agreement with the unsecured creditors committee that provides a sixty-day holdout period for CEC to pay landlords a portion of rent for restaurants that are either closed, open for takeout, or open with limited capacity, Perez said.

Judge Marvin P. Isgur of the U.S. Bankruptcy Court for the Southern District of Texas to set hearings for next week for further objections on the matter.

CEC earlier asked the court’s permission to put off paying rent for 141 locations that were closed for in-person dining as a result of government measures aimed at preventing the spread of the coronavirus.

After getting Isgur’s approval earlier this month to defer rent payments for roughly 21 days on top of the two-month deferral already allowed, CEC reached initial agreements with landlords at 40 of the locations. An additional 10 landlords have signed on to the settlements as of Monday, while others are in various stages of “getting done,” Perez said.

Landlords who agree to the reduced rent will be able to opt out of the proposed plan by next week, Perez said. Those that choose to take part will receive the payments by Sept. 16 and will not be subject to claw-backs, counsel for the debtors said.

Mall operator CBL Properties, on the brink of bankruptcy itself, is among the landlords objecting to the debtors push to delay rent payments. The shopping center owner filed an emergency motion last week demanding the debtor pay all post-petition rent and related charges under the terms of its lease agreement.

In court Monday, lawyers for CBL asked that a hearing on the proposed motion be set, and said they will proceed with its objections at the future date. CEC Entertainment owes CBL roughly $74,000 in unpaid rent for July, August and September, according to court documents. The property owner said it continued to provide services to CEC without receiving compensation for its use of the space.

Irving, Texas-based CEC filed for bankruptcy protection in June after the coronavirus shuttered its locations. Entertainment and leisure have been among industries hardest hit by state and federal guidelines to stay at home. Though restrictions are starting to ease, it’s unclear how many consumers are ready to return to family entertainment destinations.

The case is CEC Entertainment Inc., No. 20-33163. U.S. Bankruptcy Court for the Southern District of Texas (Houston)