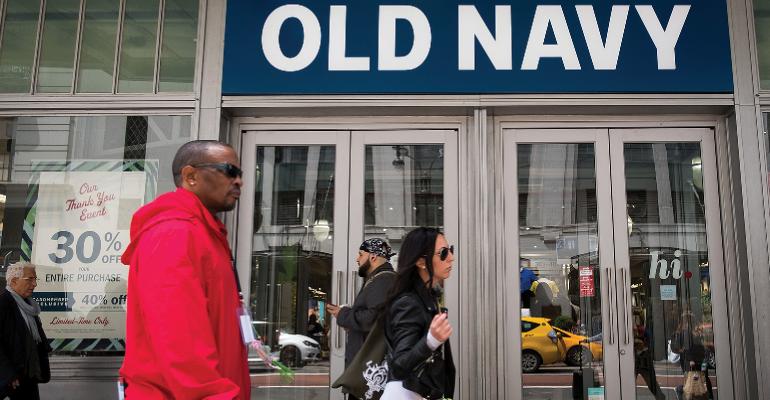 (Bloomberg)—Gap Inc. reported another quarter of declining sales at its namesake brand and Old Navy, rattling investors who are still waiting for more details on the planned spinoff of the discount chain.

Same-store sales, a closely watched metric in retail, fell 4% at the overall company in the second quarter, which was worse than expected. Old Navy, which generates close to half of the company’s revenue, reported that comparable sales declined 5%.

With concerns about rising tariffs and an economic slowdown, UBS noted earlier this month that apparel retailers are facing an “unreachable bar” this quarter, and Gap’s results reinforce that notion. “We are operating in a challenging environment,” Chief Executive Officer Art Peck said. “Heading into the second half of the year, we remain highly focused on inventory and expense discipline to improve results.”

Gap wants to unlock the value of its discount Old Navy chain with a spinoff, and the company has promised to divulge more details about its plans in September. Peck said the spinoff is on track, and that he remains “confident in the strength of our brands and our plans for the future as we work to launch two independent, public companies.”

The shares swung between losses and gains in late trading. Gap stock has fallen 31% this year, making the apparel retailer one of the worst performers in the S&P 500.