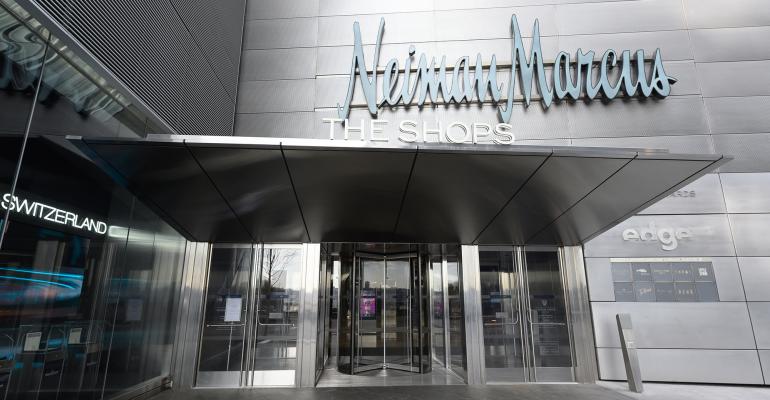 Department stores were already in trouble before the pandemic hit. Now some chains are on their last legs.

(Bloomberg) -- Time may be running out for many department stores. Those symbols of North America’s 20th century consumer culture were already in trouble before the coronavirus outbreak, as shoppers defected to discounters and web merchants. The pandemic may finish some off: retailers have furloughed workers, cut dividends and sought emergency financing and some are weighing bankruptcy. As CFRA analyst Camilla Yanushevsky put it, “the carnage has been unfathomable.” Here’s how each chain is holding up:

The luxury department store has been stifled by billions in debt since a leveraged buyout in 2013. Now, Neiman Marcus is said to be mulling bankruptcy in order to ease its $4.3 billion debt load. When Chief Executive Officer Geoffroy van Raemdonck took over, he hoped to expand sales to more than $5 billion by 2024, by first stabilizing the business and then investing in both e-commerce and physical stores, including its newest outpost in New York City. Just before the outbreak, the company said it would shut down almost all its outlet stores in order to focus on full-price luxury goods. In mid-April, the company failed to pay interest on some bonds, setting the company up for default if it doesn’t make good on the missing sum.

The chain has been flagging thanks to less-than-compelling merchandise and higher prices than its discount neighbors offer. Attempts by CEO Jill Soltau to get the stores back in shape -- by closing some locations, exiting the appliance business and bringing in sharper fashions -- were underway when the coronavirus hit. While J.C. Penney has enough liquidity to get through 2020 even with its stores closed, lately there have been rumblings about possible bankruptcy. It did skip making an interest payment in mid-April. But the company’s suppliers haven’t heard that anything has changed, so this may be part of a bargaining strategy to restructure its debt and reduce its rent payments.

“America’s department store” had big plans this year to boost shopper loyalty and save money. In February, it said it would streamline operations, close a quarter of its stores, invest in locations in high-end malls and move forward with plans to build a commercial tower atop its iconic Herald Square store. Now its more than 700 stores are shuttered. Adding insult to injury, Macy’s was pushed out of the S&P 500 Index and Fitch cut its credit rating to junk. Like many peers, the company has worked to limit the financial damage through measures like drawing down its credit line and extending payment terms. It’s also exploring ways to use its real estate to secure fresh cash, which Bloomberg has reported could include issuing new bonds backed by property and other assets. Complicating these efforts: Chief Financial Officer Paula Price is stepping down at the end of May.

A pedestrian walks near a closed Macy's Inc. store in Arlington, Virginia, U.S., on Tuesday, March 31, 2020. Macy's, which closed all of its stores on March 18 in response to the coronavirus pandemic, said it would furlough the majority of its workers starting April 1.

The retailer’s top executives, Pete and Erik Nordstrom, have spent the last several years trying out new store formats to attract shoppers, including Nordstrom Local stores that don’t carry inventory but offer services like fittings, styling and returns. Last year, the family made its biggest bet, opening an enormous Manhattan flagship. Now all of those stores, plus its Rack outlets, are shut. The company warned in an April filing that its financial position could be become “distressed” if stores remain closed for an extended period.

Kohl’s had been betting on its Amazon.com returns program to help get customers into its more than 1,000 locations. Even before the pandemic, it was streamlining and cut 250 jobs. The company had expected to lay out its future plans at an investor meeting in mid-March. That’s been postponed. Kohl’s has cut spending and inventory and has fully drawn down its credit facility. Bloomberg Intelligence says that the company appears to have “ample liquidity” to cover its expenses until the end of the year.

Dillard’s Inc. often flies under the radar. The Little Rock, Arkansas-based company has 285 stores concentrated in the U.S. south and southwest -- away from the areas now hit hardest by the pandemic. It owns most of its locations, which gives it a bit more flexibility, and Moody’s expects the company’s “excellent liquidity” and modest debt will allow it to withstand the Covid-19 related closures. Nonetheless, sales have contracted in three of the past four quarters and same-store sales also fell in the company’s last fiscal year. Bloomberg Intelligence analyst Poonam Goyal says the chain may have to reevaluate how big each store is and how many of them should be kept open. She suggests that the company seek partnerships with successful brands.

The Canadian owner of Saks Fifth Avenue recently went private after years of overhauls and selling off assets and brands to reduce debt amid weakening sales. Chairman Richard Baker, who led the efforts to take control of the company, recently added CEO responsibilities to his plate. Saks Fifth Avenue, which focuses on the luxury market, has performed relatively well in recent years versus competitors. But even premium goods are being forced to cut prices in the stay-at-home era. Saks is already making plans to reopen that will include face coverings for workers, appointments to shop before or after public hours and virtual shopping via video conferencing.

A shopper walks past a Saks Fifth Avenue OFF 5TH store in Tsawwassen, British Columbia, Canada, on Thursday, Jan. 12, 2017. Hudson’s Bay Co., the Canadian department-store giant that owns Saks Fifth Avenue and Lord & Taylor, suffered its worst stock decline in more than a year after a dismal holiday season weighed on its sales forecast.

After struggling for years as a part of Hudson Bay’s Co. department store group, Lord & Taylor hoped for a revival under new owner Le Tote, the San Francisco clothing rental startup that bought the retailer for $75 million late last year. The unique deal gave the brand three years of runway, with Hudson’s Bay paying rent, but plans were thrown into chaos when the pandemic hit. Layoffs hit Lord & Taylor staff, including senior management, and the retailer is exploring bankruptcy, according to Women’s Wear Daily.

Sears has been through the bankruptcy wringer before. Unlike in 2018, the retailer is now navigating through the crisis outside the glare of public markets. But the restructured company, owned by an entity controlled by hedge find manager Eddie Lampert, has yet to resolve the same questions that initially forced its bankruptcy: falling customer traffic and sales. For now, the company continues to find value by selling off parts of its business.

--With assistance from Sandrine Rastello, Rick Green and Jonathan Roeder.

To contact the editors responsible for this story:
Anne Cronin at [email protected]
Richard Clough