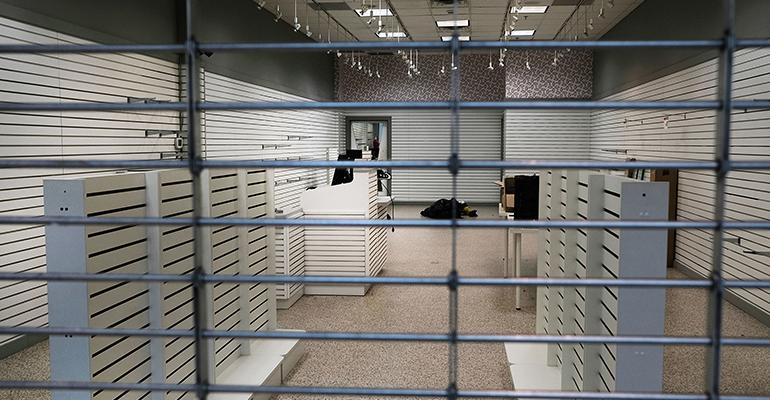 How Many More Store Closures Are Expected in 2019?

Despite headline-making store closings by Sears, Bon-Ton, Kmart,and others over the past few months, U.S. shopping center and mall owners have been working hard to hang on to tenants. However, they are likely gearing up for another challenging year as more store closures are anticipated in 2019.

Research firm Reis Inc. reported that the overall U.S. retail vacancy rate in the fourth quarter of 2018 remained flat at 10.2 percent. The vacancy rate are regional and superregional malls dropped slightly to 9.0 percent from 9.1 percent in the third quarter, which marked a seven-year high.

Given the many store closures across the U.S., the minimal changes in vacancy rates show how the retail sector has withstood the structural changes in the industry, Reis’ report noted.

“Many feared that vacancy rates would soar and rents would plummet. This did not occur as the doomsday prognostications proved to be overblown,” Reis researchers noted.

“The apocalypse is overblown,” says Barbara Denham, a senior economist at Reis.

However, Reis warns that more stores are expected to close in the coming months, and the industry continues to face a number of headwinds, including growth in online shopping.

Bankrupt department store chain Sears’ fate remains in question and a liquidation is still possible, meaning hundreds more Sears and Kmart stores could shutter. That’s in addition to 100-plus locations already being closed. The fate of companies like Gap, Neiman Marcus and J.C. Penney is also uncertain.

But “if the retail sector was able to sustain the store closures over the last year, it can survive anything,” according to Reis.

“In short, it seems as though the worst is behind us,” Denham says, adding that Reis expects retail vacancy rates to hold steady in 2019.

But that’s not to say there aren’t still going to be challenges, more closures and bankruptcies this year.

What do current numbers say?

Roughly 21 bankruptcies of major retailers were filed in 2017, including Toys ‘R’ Us, followed by about 16 in 2018, including Sears and Bon-Ton Stores. So far in 2019, ShopKo and children’s apparel retailer Gymboree have filed for Chapter 11. Shopko announced that it will close 38 additional stores as part of its reorganization, while Gymboree plans to close 800 stores.

Meanwhile, apparel retailer Chico’s will close at least 250 stores, including White House Black Market, over a three-year period. J.Crew will shutter at least five stores and J.C. Penney’s announced it will close three stores in 2019 and more will likely follow.

Destination Maternity plans to close up to 280 stores by 2022. Gap is looking to close hundreds of stores. Starbucks is closing 150 locations. Christopher & Banks will shutter 30 to 40 stores. Mattress Firm filed for bankruptcy and is closing hundreds of stores.  Lowe’s announced it will shut down 20 underperforming U. S stores by Feb. 1. Meanwhile, David’s Bridal announced this month that it has emerged from bankruptcy.

“As retail evolves, you’re going to see some weak retailers out there that aren’t going to make it,” says Charlie O'Shea, lead retail analyst at Moody's. “How do they stay competitive? If you’re a retailer, you’ve got to be able invest in your stores. You have to invest in your online capabilities and you have to pay your debts. When you’re in a state of distress or challenged from a financial perspective, you can’t do all three.”

Sears is the poster child for that dynamic, according to O’Shea. “There wasn’t enough money to invest in everything and the stores got really run down,” he says.

There will always be store closures

“Every retailer has closed stores,” O’Shea says. “Even before online. [For example], you built the store eight years ago and the traffic moved away from you. You’re going to thin the herd and that has been going on for years.”

At one point Kohls, for example, was building 125 to 150 stores a year, and then the retailer pulled back and probably closed some that didn’t work, O’Shea notes. “The key is to fail fast,” he says.

Walmart has had formats that didn’t work out, as have other retailers.

But closing underperforming concepts or locations is much easier for retailers in a strong credit position. When it comes to distressed and weaker retailers from a credit perspective, they can’t shift on the fly like that, O’Shea says.

“And when you start to talk about collateral damage from the Amazon/Walmart price war, it’s clearly survival of the fittest. The strong are getting stronger,” he notes. “So far this holiday, the big guys win and the little guys are losing, and it’s just a question of how bad will they lose? Because you can’t get into a price war with Amazon or Walmart or Target or Best Buy, because you can’t win.”

He adds that bricks-and-mortar retailers better know how to impress shoppers. “If I’m a shopper and I make a conscious decision to come to one of your stores, I better be impressed.  If I’m not, I’m not coming back and I may avoid your website as well.”

There’s likely no magic bullet solution to any of this, but the theme for 2019 is there will be retailers having problems.

Less debt coming due is encouraging

One of the positives for the next couple of years for the retail sector is there’s not a ton of debt coming due in 2019 and 2020, O’Shea says. “There’s not a tsunami of debt like we’ve seen. A lot of these guys were able to manage through some meaningful debt maturities and that’s a positive.”

Fourth quarter 2018 was relatively tight when it came to financial matters, but strong retailers continue to have access to the capital markets. Weak retailers are likely going to have issues, O’Shea says. They’re going to have to pay up and deal with more onerous credit terms, as credit transactions are going to be done on a one-off basis.

“If you’re a company that investors perceive to be kind of on the bubble—the bubble being will they survive or won’t they—you’re going to have a tough time getting things done,” he notes.

O’Shea says 2019 will likely be a continuation of 2018, with tactical store closures as well as bankruptcies.

“You’re going to see this continuing,” O’Shea says. “It’s survival of the fittest.”