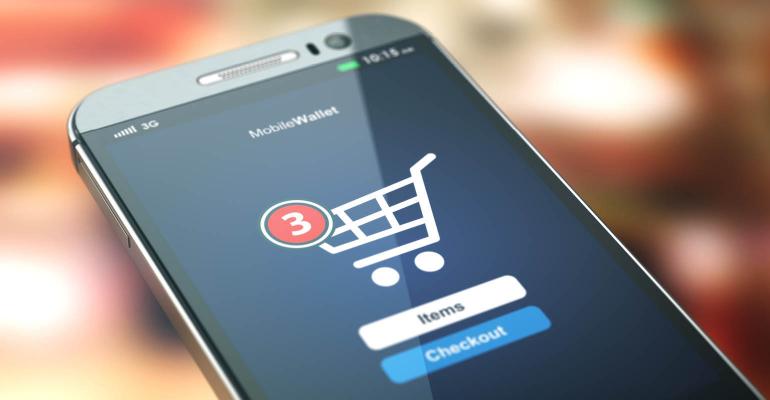 Retailers’ omni-channel sales efforts pose a challenge for retail landlords on how to properly calculate rents.

“Many times, [landlords] have a clause in the lease that requires tenants to report sales, just as a way for the landlord to track the health of the tenant,” says Scott Holmes, senior vice president and national director of the national retail group with brokerage firm Marcus & Millichap. “That gives the landlord some degree of leverage in leases that are due for renegotiation if they know that the tenant is doing great in that location. So, landlords for quite some time have been concerned about how do they track all sources of sales being generated by the trade area surrounding a store, especially as more and more sales are happening online?”

For this reason, as retailers realize a bricks-and-mortar presence can drive online sales, landlords are examining the role their real estate plays in this, and how that should ultimately affect rents.

Uncertainty about retail’s future caused the sector’s net absorption and its new supply pipeline to fall off drastically from what they were a decade ago, according to data from real estate research firm CoStar. Less new space coming on-line has caused rent levels to increase since 2013, albeit at a slow rate, according to Mike Mallon, senior vice president, Draper and Kramer, a financial and property services provider. Retail leases are now getting shorter in length, according to Holmes—partly due to higher rents and partly to the overall uncertainty in the sector.

A number of retailers pays a percentage of in-store sales revenue towards their rent. But landlords are questioning the value of these types of leases as e-commerce continues to grow and more sales occur away from the physical store.

“Percentage rent, as it’s called, I would say, is not particularly common,” says Holmes. “I wouldn’t say it’s a widescale problem, it is something that I’ve had several discussions with landlords about, particularly those who do have that feature in their leases.”

Retail landlords and retailers also struggle with how to record a sale after an online return. For example, a customer purchases a product online, but then decides to return it in the store, and instead, purchases another item in the store during that return visit. Whether this should be recorded as an online sale, since the transaction originated online, or a bricks-and-mortar sale, since the final purchase was in-store, is up for debate.

“This is a question that I think has plagued the retail industry and the accounting industry the last several years—how to basically categorize those sales,” says Mallon. “To me, if in fact somebody goes ahead and makes the purchase outside of a physical environment, in other words, through the internet, then that is tracked as an internet sale versus obviously something that is transacted in the stores.”

A store dealing with too many online returns will show negative results, as the inventory increases but the store never reports a sale.

“It can make a store look worse than it really is if they’re taking a lot of returns from online, but the online sales are not being reported to that same store,” says Holmes. “It’s a concern that I’ve been hearing about for years.”

But retailers are rolling out in-store formats encouraging quick in-store returns for consumers on online purchases. Therefore, landlords must come up with a universal standard for attributing those transactions sooner rather than later.

“I wouldn’t say that there is a universal standard yet, I think that’s something that the industry is still working through and coming to terms with,” says Holmes. “It’s still getting a lot of discussion, the fact that online sales are a part of the total retailer ecosystem.”