Inside the First Amazon 4-star Store in NYC 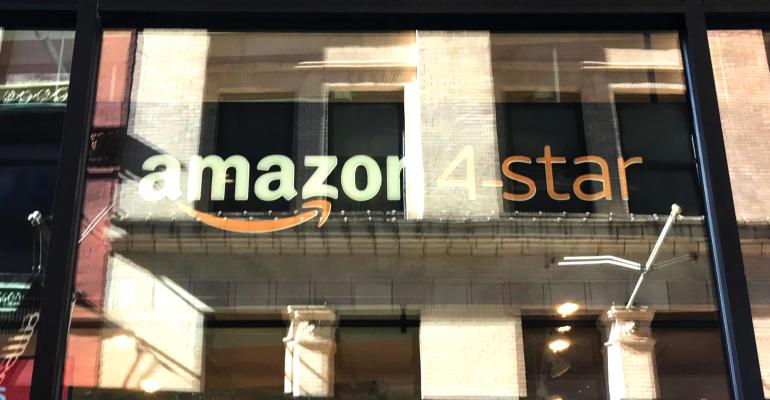 Amazon has taken another step toward building out its retail presence.

The e-commerce giant opened its first Amazon 4-star store on Thursday in Manhattan’s SoHo neighborhood. The store features a wide range of items—from books to baby gear to greeting cards—that are rated four stars and above by customers on Amazon.com. And Prime members get better deals.

“Our general approach to physical retail is the same approach we take to any business, which is that we’re always looking to innovate on behalf of the customers where we think we can deliver something unique and different,” says Cameron Janes, Amazon’s vice president of physical retail. “So, certainly that’s what we’ve done here with Amazon 4-star, building a store where it’s really designed to reflect our customers.”

The products in its first 4-star store are not centered around simply what customers are buying, but also what they are loving, Janes says. “We kind of designed this store so it’s impossible to… walk in and [not] be engaged,” he says.

The opening comes as Amazon works to expand its brick-and-mortar footprint. Last year it acquired natural grocer Whole Foods. Earlier this year, it opened its first cashier-less Go stores in Seattle. It has also already opened 17 Amazon Books stores. And Bloomberg reports it may be planning to develop a fleet of over 3,000 physical stores.

Meanwhile, physical retail overall has been seeing more struggles and transformations compared to other commercial real estate sectors, thanks to the rise of e-commerce and changing consumer behavior. Grocers—Whole Foods included—are working to deliver food to customers; landlords are trying to quickly reposition outdated, vacant big-box stores; and malls are turning to new uses like hotels and gyms to take up excess space.

In New York City, landlords have had to grapple with a high number of vacant storefronts and sliding retail rents. In the second quarter, retail rents dropped year-over-year among all three of the SoHo shopping areas tracked by real estate services firm CBRE. For the main 16 shopping districts in the city, asking rents plummeted 12.1 percent on average, according to CBRE research.

For Amazon, SoHo represents one of the top shopping areas in the city, if not the country, Janes says. “So, when you’re thinking about where you’re going to launch a new concept like this, you immediately think about a location in a neighborhood like this, where there are a lot of shoppers who will be able to experience it,” he says.

As for more Amazon 4-star stores? “This is a brand-new concept for us,” Janes says. “So we’re going to listen to customer feedback and then we’ll just ask you to wait and see what comes next.”