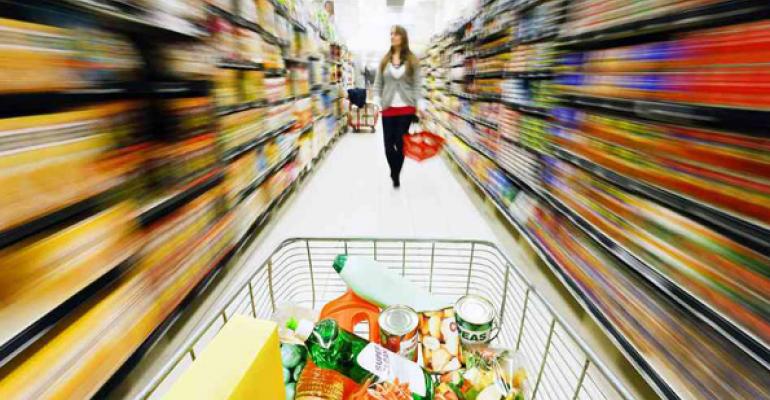 High-quality, well-located grocery-anchored shopping centers continue to be a “darling” of investors and are still achieving strong pricing.

These high-performing centers, anchored by top-tier grocers, appeal to investors because they draw customers to the center for daily needs and have proved more internet-resilient than other retail sectors.

Despite grocers’ strong reputation, however, sales of grocery-anchored shopping centers cooled in 2018. Factors included a slowdown in new construction, a lack of prime centers for sale, as well as some challenges in getting deals done.

Deal volume in the third quarter of 2018 fell 15 percent year-over-year and totaled $2.6 billion.

“It’s still one of the favored asset classes within retail,” Bratt says. “Pricing is still very strong. I would say equivalent to 2015, provided interest rates stay right around where they are. However, the ‘box’ is a bit narrower in terms of ‘it has to be Kroger or one of the top grocers.’”

Top grocers are judged by their sales, an acceptable occupancy cost ratio, longer lease terms and attractive demographics in a primary market, he notes.

If all those boxes are checked, then the pricing is excellent, Bratt says. “The pricing really hasn’t moved from where it was from its peak for high-quality assets,” he adds.

For example, H-E-B is considered the dominant grocer in Texas. Wegmans is taking market share on the eastern seaboard, to the mid-Atlantic and up. Aldi is going after the discount grocer business and has created competitive pressure on major grocers like Kroger, Ahold, etc., Bratt says.

There’s more attention being paid to the grocer, how it competes in its trade area and what risks it faces, Bratt says.

Investors are placing more value on the grocery anchors, agrees Arielle Einhorn, JLL’s manager of investor research leading the retail and office platforms. A local grocer, for example, might be a “more difficult transaction to underwrite as opposed to these larger name brands like Kroger or Jewel that have some credit behind them,” she says.

But grocery is always hot, Einhorn adds. “Investors are constantly looking for grocery opportunities, but not a lot of those assets are coming to market and a lot of them traded last year.”

Grocery-anchored centers are still one of the most attractive retail classes overall, McKeska says. “But like most retail, we’re seeing a case of the haves and have-nots unfold with larger pricing spreads between high-quality assets and moderate- to lower-quality assets,” he says.

Disruption due to Amazon/Whole Foods, other online grocers

While grocery-anchored centers remain some of the strongest and most reliable types of retail investments, the industry is watching online grocery shopping. Grocery is one of the last retail segments that until recently has remained resistant to competition from e-commerce players.

“There are a lot of projections out there of how much grocery retail is going to move online and how quickly,” McKeska says. “It’s all TBD. There’s a lot of flux right…  But I think everybody is hedging their bets that the bigger companies—the Walmarts and Krogers of the world—are really making significant investments to position themselves for the future, whatever that looks like.”

Based on the pricing the market is seeing, investors don’t appear worried about Amazon and Whole Foods, because each major grocer has a response to e-commerce, Bratt says. Examples include offering click-and-collect, mobile apps and home delivery options.

“I don’t sense a great deal of trepidation from investors,” Bratt notes. “Grocers themselves have acknowledged that they have to compete in the space somehow, and they have to be as good as anyone, so they’ve slowed down the number of store openings, because they’re committing their capital elsewhere to compete with e-commerce.”

Most of the opportunities to acquire grocery-anchored assets are currently in secondary markets, according to Einhorn.

“The pricing there has changed some, however,” Bratt notes. “A secondary market isn’t going to be as robust in terms of the number of bidders, and pricing is not the same as it was at the peak, because people want to be paid for what they perceive to be greater risk in the secondary markets.”

For non-core product, there’s a continuing softening in cap rates and pricing due to concerns of the long-term viability of a lot of those assets, McKeska says. “In fact, we’ve seen product coming to market with a pretty big discrepancy between buyer/seller expectations on pricing.”

He’s seen bids so low that the seller pulled the asset off the market for the time being, which is also impacting sales volumes.

Einhorn says it’s challenging to classify cap rates, especially with this type of asset, because every asset is seeing more factors than ever being taken into consideration. But overall, cap rates over the past four years have stayed between 6.5 and 7.5 percent across the board, she says.

“Right now, we’re seeing an average secondary [market] grocery transaction with a cap rate of around 6.5 percent and primary markets are around 5.9 percent,” Einhorn says. However, that varies and is very much based on location, the anchor and tenancy.

Who are the investors?

“There are some insurance companies pursuing them and a few REITs starting to pursue the high-quality, core centers, but it has to have all the boxes checked to hit the best kind of pricing,” Bratt says.

“They want a CAGR (compound annual growth rate) in the NOI that’s significantly above 2 percent, which is hard to find,” Bratt adds. “They don’t want too much shop space or too many grocers in the trade area. There are a few more conditions for core grocery-anchored centers in major markets.”

For centers in secondary markets, private buyers and non-traded REITs have been active. They’re looking for more yield than the primary markets can offer, according to Bratt.

Bratt expects 2019 to be a better year than 2018 for the sale of grocery-anchored centers.

However, Einhorn says the story is “cautious optimism.”

“Across retail, it’s really difficult to get deals accomplished,” Einhorn says. “Having a meeting of the minds. Buyer and seller expectations. Figuring out that cap rate. All of these underwriting factors are becoming more and more difficult to negotiate.”

Retail investors understand the risks a bit better now and want to be cautious and realistic in their underwriting, she notes.

“We saw an influx of grocery investments over 2016 and 2017, because at that time disruption wasn’t affecting that part of the market yet, so people really viewed it as a safe haven,” Einhorn says. They viewed it as something that was so experiential that it really couldn’t be disrupted by e-commerce.

“Anytime we think something is safe, that’s when something happens and disruption clearly occurred at least somewhat,” she adds. E-commerce hasn’t penetrated the grocery business quite in the same way as other sectors, but we’re seeing online delivery come to the forefront where it’s supplementing grocery.

“Investors have seen that happen in the past so they’re being very cautious now,” Einhorn says.