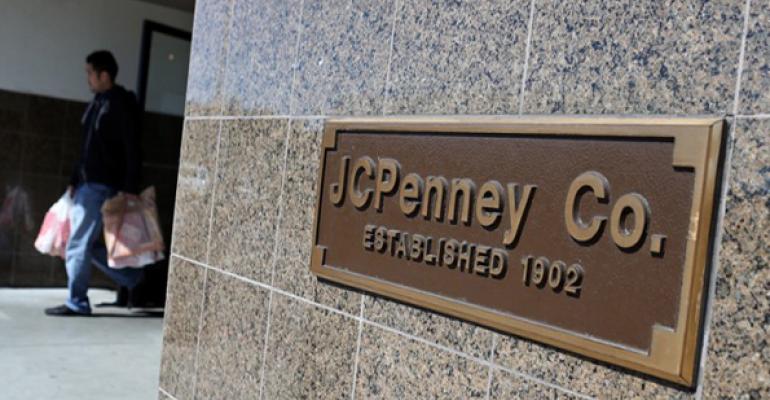 In J.C. Penney’s restructuring plan, the company would put some of its property into a REIT.

The 118-year-old retailer called its Friday filing a pre-arranged bankruptcy, meaning its restructuring plan has some support from creditors, but not enough to avoid challenges.

That’s the new normal for American retailers. Many of them will appear in bankruptcy court this year and next, where two groups of creditors will wrangle over competing views of the company’s future. One faction will believe the brands retain enough value to survive bankruptcy, while the other may prefer to liquidate assets and divvy up the proceeds.

With the fate of 846 stores and 85,000 employees at stake, talks over J.C. Penney promise to be tough, with a self-imposed July 14 deadline on an agreement.

“It’s certainly a messy process,” said James Goldstein, a CreditSights senior analyst. “It doesn’t help that there’s a perception among some that J.C. Penney doesn’t really need to exist, that it isn’t a company that comes through bankruptcy and continues to operate.”

One creditor, H/2 Capital Partners LLC, built a reputation during the Toys “R” Us Inc. bankruptcy in 2018 for playing a role in the company’s liquidation. With J.C. Penney, the firm has two levers to push. It’s part of a group that owns about half the department-store chain’s most senior debt, and it’s got a piece of the $900 million loan meant to fund J.C. Penney through Chapter 11.

“H/2 is supportive of every effort to restructure the company and believe the company should and can succeed as an ongoing enterprise with less leverage,” a spokesman for H/2 said in a statement. He said the firm had opposed the liquidation of Toys “R” Us.

It wasn’t always this way, but J. C. Penney’s heyday lives today only in nostalgia. For decades, American families received circulars in the mail advertising the retailer’s back-to-school sales, triggering children who would bemoan the imminent end of summer vacation. The chain was weakened by debt, the internet and changing consumer tastes. Then it was buried by stay-at-home orders that shuttered malls and cut off revenue when the coronavirus hit.

Late last year, the publicity-shy H/2 made a splash, perhaps inadvertently, by trying to sell its nearly $800 million stake in J.C. Penney’s $1.7 billion term loan. The block of debt was so big it caused a spike in the retailer’s credit-default swaps.

H/2 made its name during restructuring efforts at Toys R Us, according to people involved in the process. The firm was a large holder of debt backing a Toys R Us unit that controlled a chunk of its real estate. The stores in that entity were governed by a master lease agreement. In March 2018, stakeholders worked urgently to negotiate a plan for the unit as the threat of liquidation loomed, and with it, the destiny of 30,000 retail workers.

Ultimately, the talks collapsed, and recriminations flew over who struck the death blow. Solus Alternative Asset Management was blamed by some, but the firm deflected responsibility by pointing a finger at the group that included H/2.

In a letter to investors following its refusal to help fund severance costs for laid-off Toys R Us employees, Solus said that the H/2 group was unwilling to negotiate and refused to discuss possible rescue plans that would involve store closures.

In J.C. Penney’s restructuring plan, the company would put some of its property into a real estate investment trust that would sell shares and function separately from its “new JCP” retail operations.

But liquidation remains a real risk. Some investors worry that the retailer doesn’t have enough attractive assets to support restructuring, leaving it vulnerable to the same fate as Toys R Us. With so much of the retail world still closed due to Covid-19, it’s impossible to raise money by holding going-out-of-business sales at bricks-and-mortar locations.

“Complicating the restructuring is the uncertain retail environment we are currently operating in, with the expected slow recovery for traditional department stores operating in enclosed malls,” said Dennis Cantalupo, chief executive officer of Pulse Ratings Inc., an independent credit-rating and consulting firm.