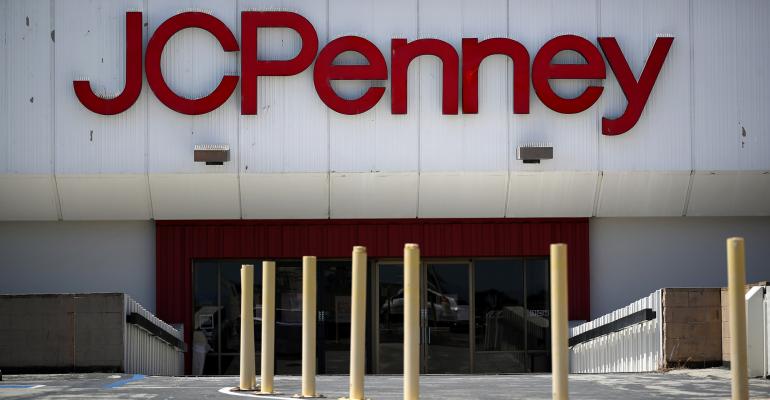 The lenders are pushing for offers closer to the approximately $2.2 billion in debt the department store chain carries.

(Bloomberg)—A group of lenders steering J.C. Penney Co.’s bankruptcy process is asking potential buyers of the retail chain to increase their bids after a round of offers in July were seen as too low, according to people familiar with the matter.

The lenders are pushing for offers closer to the approximately $2.2 billion of J.C. Penney’s debt they hold, the people said, asking not to be named because the deals are private. Earlier proposals from mall owners and retail firms added up to payments of about $1.8 billion. If those don’t improve, the lenders could acquire the company through a credit bid, in which they forgive the debt in return for ownership.

A bid from mall owners Simon Property Group Inc. and Brookfield Property Partners LP is viewed more favorably in part because it’s likely to preserve the most jobs, the people said. The two landlords have an incentive to keep J.C. Penney alive because it’s one of their largest tenants.

Private equity firm Sycamore Partners and Saks Fifth Avenue owner Hudson’s Bay Co. were also among the first round of bidders, the people said. Both firms own retail chains they could potentially combine with J.C. Penney or some of its brands. The New York Post reported July 27 that Sycamore and Hudson’s Bay had submitted bids for the chain.

The exact value of each offer is hard to quantify because bidders are submitting for different company assets and may include deal sweeteners, said the people. But potential buyers may not need to match the entire dollar amount of the lenders’ offer because there’s value in keeping a retail stalwart open for business.

Without a satisfactory bid for the retail business, the lenders, who are more interested in the company’s real estate than running department stores, would seek to liquidate the stores. J.C. Penney employed almost 85,000 people when it went bankrupt.

The court or creditors could ultimately favor a bid that preserves jobs, even if it isn’t the highest offer, because avoiding mass layoffs and the accompanying bad publicity has become more important to creditors as unemployment has skyrocketed amid the Covid-19 pandemic.

Saving jobs played a role in the 2019 decision to award Sears Holdings Corp to Eddie Lampert, who promised to keep it running. The treatment of workers in the 2018 liquidation of Toys “R” Us dented the reputations of some lenders and private equity firms involved in the case.

J.C. Penney disclosed in mid-July that it would permanently close more than 150 stores and cut 1,000 jobs.

The lender group is in the drivers’ seat of the bidding process after supplying a nearly $1 billion bankruptcy loan to J.C. Penney after it filed for Chapter 11 in May. Bidding procedures will be set Aug. 13, according to a court presentation.

The lenders are entertaining cash bids from parties who would buy the retail business to be run separately from the real estate. Sussberg said in the hearing that liquidation was “not in the cards.”