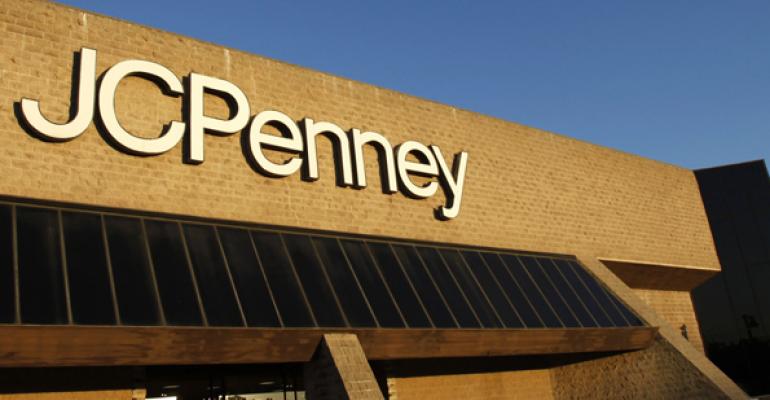 Lenders who are looking to finance the chain’s potential bankruptcy are having trouble finding enough assets to secure new loans.

(Bloomberg)—J.C. Penney Co. and the lenders it’s asking to finance a potential bankruptcy are struggling to find sufficient company assets to secure the additional debt, according to people familiar with the search.

With inventory going stale in idled stores and real estate valuations slipping amid the coronavirus pandemic, they’re recalculating the value of collateral that secures existing debt, and trying to determine whether the company can back another sizable loan, the people said. They asked not to be identified because the talks are confidential.

The company is negotiating with banks supporting its asset-based credit facility and lenders behind its first-lien debt about a bankruptcy loan, Bloomberg previously reported.

Options that would avoid a bankruptcy filing altogether are also still being discussed, some of the people said. A representative for J.C. Penney, based in Plano, Texas, declined to comment.

Management was originally hoping to raise as much as $1 billion. If new collateral can’t be lined up, it could strengthen a faction of creditors who favor liquidating J.C. Penney.

The retailer’s current asset-based lenders, which include Wells Fargo & Co., JPMorgan Chase & Co. and Bank of America Corp., have taken a cautious stance about supplying more funds because they would have to increase their exposure to possible losses, the people said.

The retailer borrowed $1.25 billion on its $2.35 billion revolver in March to boost its cash balance to about $1.6 billion, and then skipped a bond interest payment April 15. The company has until May 15 to make good on the missing sum. Like other retailers, it had to shutter its stores and saw revenue evaporate because of the Covid-19 outbreak.