The Dallas metro saw investment sales rise 21 percent during the first half of 2017, with $9.2 billion in property that traded hands. “Dallas and Atlanta are the two most active multifamily markets in the country right now and you will find that there is a fairly strong amount of activity happening in that sunbelt, southeast part of the country that is being driven by private equity and institutional investors,” says Coghlan. For example, Blackstone Real Estate Income Trust purchased a six-property apartment portfolio valued at $430 million, with assets located in Dallas, Chicago and Orlando.

Tourism continues to be the principal driver for the Orlando economy, but local population growth is helping fuel demand for retail as well. Last year, Orlando was the most visited city in the country, with visitor volume reaching record levels and has consequently pushed up retail sales. Fundamentals are improving, although forecasted household income growth is slightly below the national average. Expansion in this market will be solid in the coming years, thanks to strong employment growth and a young, vibrant, well-educated population.

Offering a sunny climate without weather extremes, Phoenix’s outdoor lifestyle continues to attract newcomers, and the region’s nearly 5 million population is expected to grow by 8 percent over the next five years, according to the U.S. Census. A location along I-10, which provides logistical access to Southern California seaports and a large swath of Southwest consumers, along with a lower cost of doing business, available industrial product and land for expansion, makes the Phoenix industrial market an attractive alternative to Los Angeles and the Inland Empire.

They don’t call it Mile High City for nothing. Almost everything in Denver is running on a higher plane than other multifamily markets around the country. Its labor force is expanding at the fastest rate since the recession, resulting in a 3.2 percent unemployment rate. Denver rents have increased by 60 percent since 2012. After about 13 or 14 quarters when vacancy rates averaged below 5.0 percent, they have inched up to just 6.0 percent at the end of first quarter 2017, according to Ray White, vice president of JLL’s Rocky Mountain multifamily team. Along with a strong economy and educated workforce, optimism is also running high n Denver. “It’s all about lifestyle, generally,” White says. “People are coming to Denver because they want to be in Denver—and then they are finding a job.” 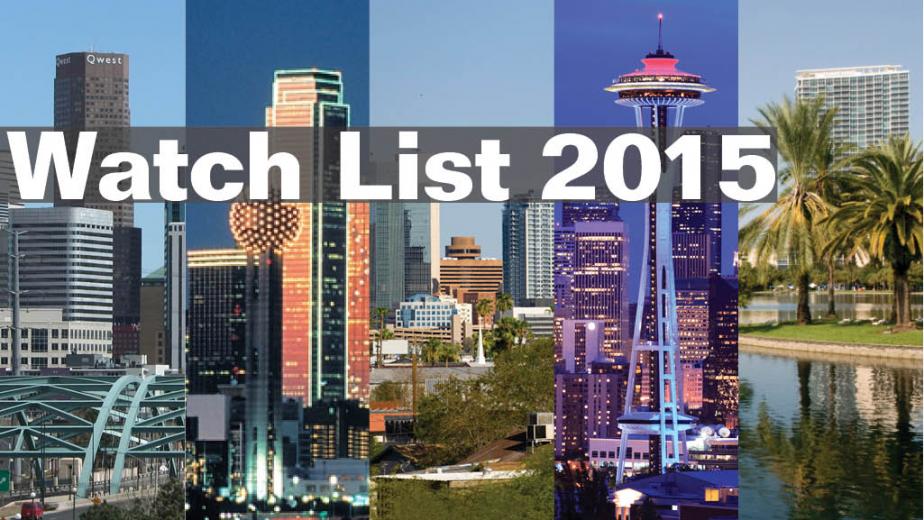