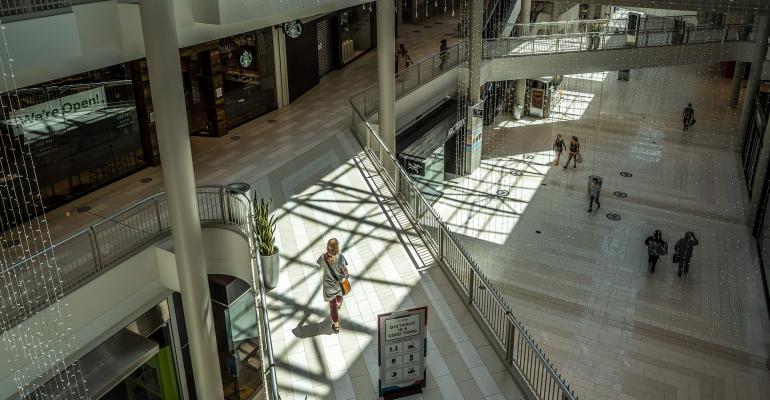 Mall of America Said to Miss Another Payment on Mortgage Debt

The property didn’t make a $7 million debt payment for June.

(Bloomberg)—Minnesota’s Mall of America missed another payment on a $1.4 billion mortgage, putting the borrower more than 60 days delinquent, according to people with knowledge of the financing.

The mall, one of the largest shopping centers in the U.S., didn’t make its roughly $7 million debt payment for June, according to the people, who asked not to be named speaking about a private matter. It was the third straight month of missed payments for the property.

Triple Five Group, the company that owns the mall, didn’t reply to requests for comment.

The 5.6-million square-foot complex, which features 500 stores, partially reopened June 10 with reduced capacity at restaurants and movie theaters. An indoor theme park, Nickelodeon Universe, remained closed to comply with health directives, according to its website.

Mall of America is one of North America’s three largest shopping centers, all owned by the Ghermezian family. The properties face financial challenges as coronavirus infection precautions depress the lure of experiential attractions, such as theme parks, and brick-and-mortar retailers lose market share to online competitors.

Mall landlords have struggled to collect rent from shuttered retailers, adding to the financial pressure in the industry.

The West Edmonton Mall, the first mega shopping center developed by the Armenians in the 1980s, began gradually reopening in May.

The Ghermezians’ American Dream, a megamall in the New Jersey Meadowlands with an indoor ski slope and water park, has not yet fully opened. The developer’s construction costs for the project surpassed $2 billion, up from an original 2015 estimate of $1.55 billion, according to a recent report by CBRE Group Inc.

The Ghermezians pledged 49% of their equity interests in the West Edmonton Mall and Mall of America as collateral to finance the American Dream.