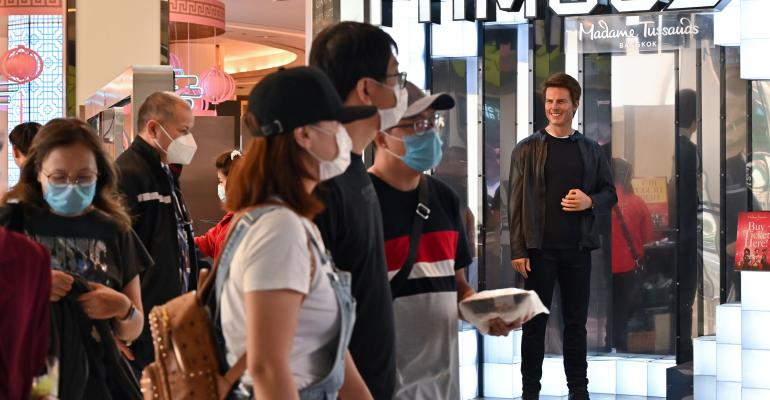 Only one-third of Americans would feel safe shopping in a mall after store re-open, a recent survey shows.

Only one-third of American adults surveyed April 20 said that they will feel safe shopping in a mall after stores reopen, according to a new study by retail predictive analytics company First Insights Inc. More respondents said they’ll feel safe shopping in grocery, drug and big-box stores like Target and Walmart -- outlets that largely remained open during the outbreak to sell essential goods.

Even before the pandemic hit, mall owners were facing a dwindling numbers of shoppers. To tempt people back, some malls added elements like amusement parks, movie theaters and upgraded food courts -- just the types of crowded places that became off-limits when social distancing began.

As retailers reopen after mandatory stay-at-home periods, Greg Petro, chief executive officer of First Insight, said in a statement that “malls in particular need to be thinking of ways to inspire a sense of safety for consumers, and it will need to go beyond offering gloves and masks at the door.”

China may show the way. As the nation reopened businesses following its quarantines, it’s become standard to check the temperatures of patrons entering shopping destinations. Some stores in China are being cleaned multiple times during the day. And fitting rooms and products that have been tried on are being disinfected after each use -- no more just picking up a sweater and throwing it back on the rack if it’s not the right fit.

Safety concerns may also shift the shopper demographics. More men than women said they’ll feel safe in each type of retail outlet after Covid-19, the study found. Petro said that since it’s likely that retailers will see more men in their stores than women, they should consider adjusting inventory accordingly.

And when those shoppers do arrive they’ll most likely be coming with their own equipment. Eighty percent of consumers prefer using their own face masks rather than ones provided in the store, the survey found.

To contact the reporter on this story: Jordyn Holman in New York at [email protected]