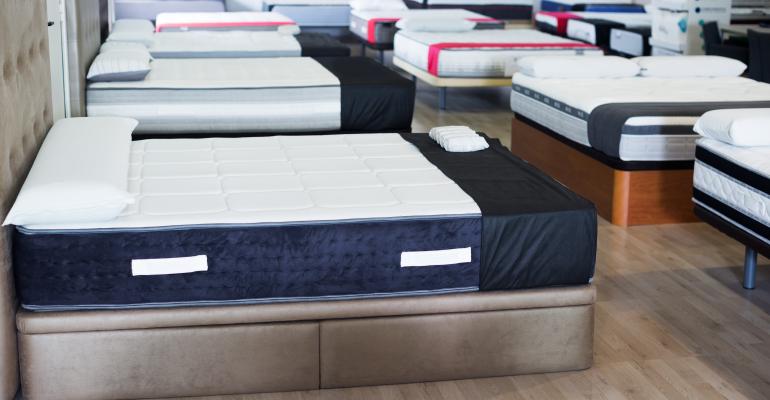 Steinhoff International Holdings’ decision to pay a 115 percent premium for the retailer in 2016 was “one of the world’s worst acquisitions.”

Steinhoff, a South African retailer that is itself struggling for survival after a massive accounting scandal, had already booked more than 1.6 billion euros ($1.9 billion) of impairments in relation to Mattress Firm before Friday’s Chapter 11 filing. Now, Steinhoff will be forced to surrender half of the U.S. store chain’s equity in return for $525 million of financing provided by Steinhoff bondholders. Another goodwill writedown looks likely.

Mattress Firm’s balance sheet, published Friday, shows its liabilities exceeding its assets by $1 billion. The company had run out of options, having burned through about $500 million of cash in three years. A Mattress Firm holding company was on the hook for $3.2 billion of Steinhoff intra-group loans.

Steinhoff’s inexplicable decision to pay a 115 percent premium to acquire Mattress Firm in 2016 might well join Hewlett Packard/Autonomy and Microsoft/Nokia in the annals of the world’s worst acquisitions.

So it’s odd that Steve Stagner, who directed Mattress Firm’s expansion strategy from 2010 to 2016, helped negotiate the sale to Steinhoff and profited handsomely from it, is in charge still. Steinhoff and Mattress Firm declined to comment for this piece.

Mattress Firm’s bankruptcy tries to pin much of the blame for its near collapse on the mistakes made by “previous management” between 2016 and 2017. During that period Stagner briefly swapped the CEO title he’d held since 2010 for the role of executive chairman. He took over as CEO again in January 2018.

There’s no doubt that the expensive re-branding of hundreds of acquired stores, plus the cancellation of a key mattress supplier agreement with Tempur Sealey International Inc. did hurt Mattress Firm during that interregnum. Yet Stagner can’t distance himself completely from any mis-steps. A press release announcing his appointment as executive chairman in March 2016 said he would be responsible for “strategic vision” and integrating the company’s biggest acquisition, Sleepy’s.

In any case, Mattress Firm’s biggest problem is that it has added far too many outlets. It now plans to close up to one-fifth of its 3,230 stores because they are cannibalizing sales from the company’s other outlets and have created too many fixed costs. That’s Stagner’s responsibility. Here’s a list of some of the 25 chains Mattress Firm acquired as part of the expansion strategy:

Furthermore, the company is suing former employees for perpetuating what it has described in court filings as a “massive, multi-year fraud, bribery, and kickback scheme” in relation to hundreds of store leases entered into since 2010. Stagner hasn’t been accused of wrongdoing in Mattress Firm’s suit, but there are at least questions about oversight at the company. (I wrote about this issue at length here.)

The company Stagner helped sell to Steinhoff was highly leveraged (with $1.3 billion of net debt and $2.7 billion of operating lease obligations), had comparatively few hard assets (60 percent of assets were comprised of goodwill) and a nascent legal problem. Its profitability was declining too.

Stagner wasn’t the biggest beneficiary of Steinhoff’s incomprehensible largess: Private equity firm JW Childs received more than $800 million for its Mattress Firm shares, according to this filing. But he did pretty well. Another filing shows his proceeds were about $60 million, about half of which he exchanged for preferred shares in the new Steinhoff-owned U.S. entity.

Yet Steinhoff’s creditors seem willing to forgive this. An incentive plan to help retain staff after the bankruptcy filing could see Stagner and other senior managers get up to 10 percent of the U.S. subsidiary’s equity.

In fairness, Mattress Firm does seems to be on a slightly better footing since Stagner returned as CEO. Same-store sales growth turned positive again recently. But some analysts say he could be a barrier to restoring the contract with Tempur Sealey – one of the world’s largest bedding suppliers – which would probably be the quickest way to improve the company’s fortunes.

“Mattress Firm would be able to materially boost profitability by bringing back the Tempur-Pedic product line but it is unlikely they will be able to do that while Stagner is still around,” said Wedbush analyst Seth Basham. Peter Keith, an analyst at Piper Jaffray & Co. said a bankruptcy filing would “bring into question” how long Stagner “remains in place.”

Mattress Firm insists Stagner’s recent turnaround efforts have positioned the retailer to return to profitability. So that might explain why creditors are sticking by a known quantity. To me, it feels like he’s being rewarded for failure.

To contact the author of this story: Chris Bryant at [email protected]