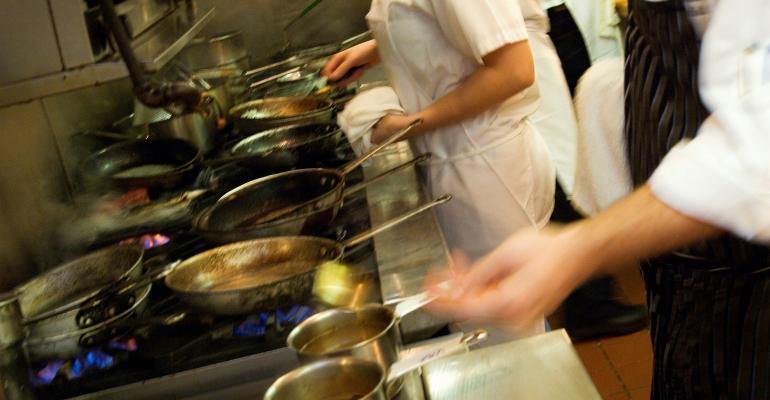 When companies such as Darden Restaurants and Restaurant Brands International report quarterly earnings results, improvements in total sales and revenues can project the image of health. But comparable sales numbers, which range from low single-digits to negative, puts restaurant performance numbers in a different light.

In its fiscal first quarter 2017 results posted earlier this month, Darden Restaurants, which operates brands including Olive Garden, The Capital Grille, Yard House and others, reported total sales of $1.7 billion, an increase of 1.6 percent. Restaurant Brands International, meanwhile, posted an increase in revenues of about 5.49 percent.

Results like these are enough to potentially reassure retail property landlords that restaurant tenants are still capable of generating the lifeblood of retail properties—foot traffic and sales.

But the more important same-store sales metrics that tell a different story.

“For most of the companies total sales are up, but comp sales are negative,” says R. J. Hottovy, a senior restaurant analyst for Chicago-based research firm Morningstar. “On average, they are down 1 percent or 2 percent across the entire industry.”

A number of factors are suppressing recent same-store sales at restaurant chains, whether they are quick service restaurants like Sonic (down 2 percent) or Chipotle (down 20.1 percent) or at casual sit down locations like the brands Darden owns. Broad consumer headwinds such as a shortage of disposable income and rising healthcare costs appear to be siphoning funds away from restaurant spending, according to analysts.

Right now the gap between spending on food at home and eating out is at the widest spread since the early 1980s, Hottovy says. Consumers are enjoying 2 percent deflation in grocery costs, while costs in restaurants are up about 3 percent. As a result, Americans are finding it even more cost effective to spend at grocery stores and eat at home, he says.

Consumers also have less incentive to dine out, because a lot of restaurant chains have neglected to make it easier for patrons to order.

“A lot of restaurant chains have not invested in enough income value propositions,” Hottovy says. He added that speed of service and digital ordering are the kinds of processes that could boost business, which restaurants such as Panera Bread and Starbucks have adopted.

Recent restaurant industry research also hinted at a slowdown. The National Restaurant Association’s Restaurant Performance Index, which measures trends in same-store sales, traffic, labor and capital expenditures, suggested that a bumpier road lay ahead. The industry association’s Current Situation Index dropped below 100 in its August reading, at 98.6, down 1.9 percent from its level in July. The Current Situation Index level drop was the first dip in eight months, according to the association.

As for what investors can expect from the restaurant sector through the holiday season and 2017, it looks like businesses can expect tougher sledding. The National Restaurant Association’s Expectations Index was at 100.6, down slightly from 100.8, its July reading.

Meanwhile, 33 percent of restaurant operators expect to have higher sales in six months. While that reading is slightly better than the 30 percent who had the same view in the previous Expectations Index, it still represents a minority opinion.

Although the overall prospects for the industry are less than sunny, at least some restaurant operators are achieving growth in new restaurants. Sonic, the Oklahoma City-based chain known for its drive-in dining format was still able to achieve net unit growth in its fourth quarter.

“The system opened 53 new drive-ins during the year and closed 22,” J. Clifford Hudson, CEO of Sonic says during the company’s earnings call, according to a transcript via Seeking Alpha. “This is for a new of 31 total drive-ins for the year, or almost a 1 percent unit growth rate.”

Hudson added that the company maintains a target growth rate of 2 percent to 3 percent in net new restaurant units through the end of the decade. 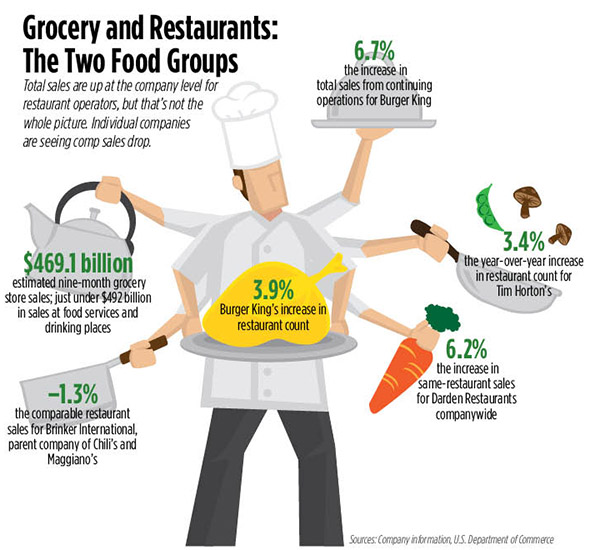