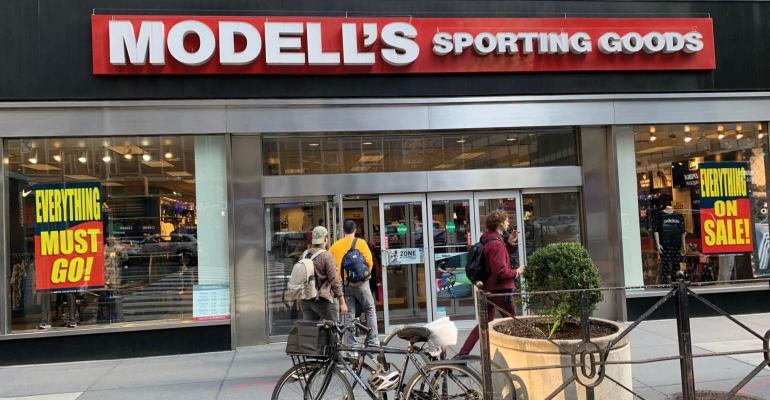 The sporting goods retailer had to stop its liquidation proceedings and close all stores.

(Bloomberg)—Modell’s Sporting Goods Inc. halted its going-out-of-business sales as customers shelter at home and states order most merchants to close.

The bankrupt retailer stopped liquidation sales and closed all stores as of March 21, Chief Executive Officer Mitchell Modell said in an interview. It plans to resume once the bans are lifted, he said.

Retailers are pausing store-closing sales as a growing number of states and cities mandate that non-essential merchants shut down and tell residents to stay home to slow the spread of coronavirus. That’s creating uncertainty for creditors at bankrupt companies like Modell’s, which sought court protection earlier this month and said it would shut all of its 153 locations.

The retailer has been in discussions with its landlords throughout the bankruptcy process over whether it can forgo certain rent payments and is still deciding what course to take, Modell said.

For companies selling seasonal goods and fashion apparel, liquidation delays can mean merchandise loses much of its value.

That’s been less of an issue for Modell’s, according to its CEO, who said sales until the shutdown “were off the charts” during the first three weeks of the liquidation.