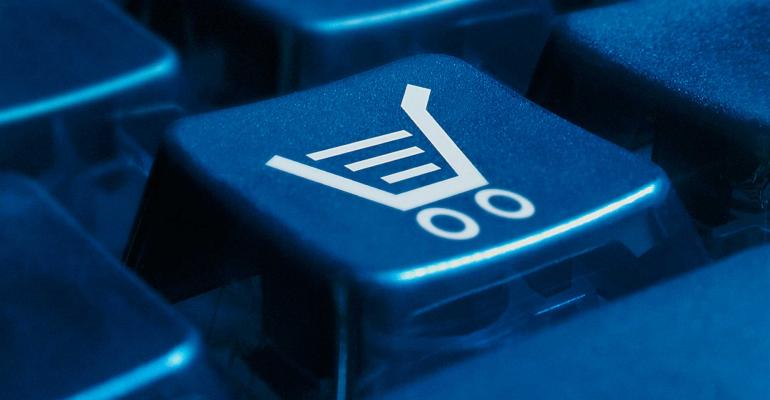 Mall operator Citycon is building a click-and-collect service that would allow consumers to shop the full array of a mall’s offerings on one website.

(Bloomberg)—Bringing Bringing shopping malls online could be the answer to a problem that’s gnawed at e-commerce for years, namely how to slash delivery costs for the “last mile” before a product reaches its buyer, according to the chief executive of Citycon Oyj.

Citycon, which operates 40 malls across the Nordic countries and Estonia, is building a click-and-collect service that would allow consumers to shop the full array of a mall’s offerings on one website and pick up the goods from a convenient location, according to Chief Executive Officer F. Scott Ball.

That means looking at aggregating a plethora of shops under one umbrella -- unlike the various ad-hoc meet-and-collect services that popped up during the pandemic or have been built by individual retailers.

Online shopping is “here to stay” and “there’s a real opportunity for us to parlay this and become the last-mile delivery answer,” Ball said in an interview in Stockholm.

Mall owners around the world are looking into alternative ways to use their real estate as retailers downside and to profit from growing e-commerce. In the U.S., mall operator Simon Property Group Inc. has been in talks with Amazon.com Inc. to turn some empty store space into Amazon fulfillment centers, according to a Dow Jones report. In Spain and Portugal, Merlin Properties Socimi SA sees city car parks doubling as overnight docking-stations for speedier deliveries. Other attempts to solve the last-mile cost issue involve autonomous delivery robots, vehicles and drones.

Though Citycon is more insulated from the crisis than many of its rivals -- the majority of the products sold in its malls are necessities while fashion and apparel accounts for less than a quarter of its tenants -- it started developing the first version of the service as the pandemic spread, assigning meet-and-collect locations at each of its properties.

Adding click-and-collect services will give consumers another reason to visit shopping centers in the future, Ball said.

“I don’t think it will ever replace bricks and mortar,” he said of e-commerce. “At the end of the day people are still social beings, I don’t think you’ll see online becoming the primary way people shop.”

The next challenge for Citycon is to convince multiple retailers to unite under one umbrella.

“The true scalable ability where I can shop virtually the whole shopping center from my living room and simply have it dropped in my trunk, that’s at least another year out,” Ball said.

In the meantime, it has identified another growth opportunity. It plans to develop residential real estate adjacent to its retail properties (it’s not converting sales space), thanks to efforts by local authorities to make cities “greener.” Once Citycon finalizes those plans, retail “could make up somewhere around two thirds” of the business, Ball said.