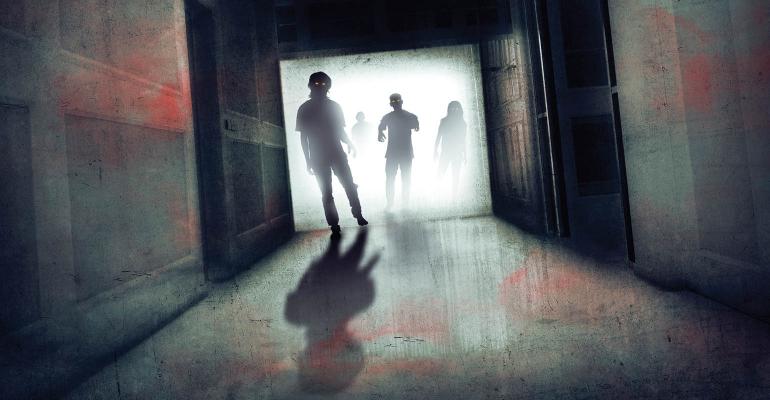 In One Empty Store, Retail Apocalypse Comes with Zombies

A glut of empty retail space is forcing landlords to get more creative than ever.

(Bloomberg)—The empty site of a former Toys “R” Us in Queens, New York, has risen from the dead—at least temporarily.

Through Nov. 2, the abandoned store in Flushing is home to “Zombies Are Back,” a Halloween event that guides visitors on a 15-minute walk through display racks beset by smoke machines, gory props and actors in gruesome makeup. The spectacle, which costs $27 and is in its second year, warns patrons that “zombies lurk at every corner ready to attack.” It continues: “Main Goal: Stay alive.”

That goal is a familiar one for retailers navigating the retail apocalypse, and the temporary event illustrates how a glut of unused space is demanding landlords get more creative than ever. Brick and mortar shops have closed by the thousands in recent years, as changing consumer habits mean fewer shoppers frequent the mall. According to a Credit Suisse report, 2019 has already seen more than 7,600 stores shutter so far, representing the highest number of closures ever at this point in the year.

When Toys “R” Us liquidated in 2018, its store closures dumped millions of square feet of real estate onto the market. It helped drive the biggest quarterly decline in U.S. retail occupancy since 2009, according to real estate researcher Reis Inc, and the national vacancy rate ticked up to 10.2%, the highest since 2014. That’s mostly held steady, falling slightly to 10.1% in the second quarter.

Elsewhere in New York, retail tenants in even the busiest shopping areas have had to close shop due to rising rents. The brokerage Cushman & Wakefield reported this year that in a survey of Madison Avenue's storefronts, nearly 30% of shops were available for rent.

The new reality is forcing property owners to resort to short-term leases for pop-up stores and seasonal events—a big change from past years when landlords would only accept multiyear deals. Shorter-term leases give some web-based companies, like Amazon.com Inc. and Wayfair Inc., a chance to test the brick-and-mortar waters without a big commitment.

The mood is more sanguine in certain corners of the market. Retailers like Walmart Inc. and Target Corp. raised their earnings outlooks in their most recent quarterly reports, while profits at Home Depot Inc. and Lowe’s Cos. affirmed that consumer sentiment was strong.

But for specialty and apparel retailers, earnings have shown steady declines. This year, their holiday performance will go a long way toward determining which of these companies go on living—and which are left to the zombies.

To contact the author of this story: Eliza Ronalds-Hannon in New York at [email protected].

To contact the editor responsible for this story: Jonathan Roeder at [email protected]