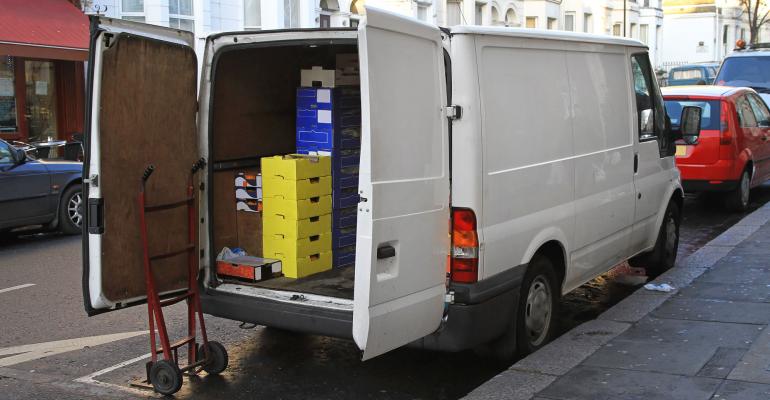 Order Online or Drive to the Store? The Climate Savvy Pick ‘Clicks and Bricks’

A recent study suggests the most climate-friendly option is to have items shipped home from the store.

(Bloomberg)—Consumers could be forgiven for assuming that shopping online has a lower carbon footprint than buying in-store. For many, the online option saves them a trip in the car, and it stands to reason that logistics companies would be good at generating efficient delivery routes. There’s some evidence to back up the notion. But new research published in Environmental Science and Technology focused on U.K. shoppers not only suggests the reverse, but concludes that there’s a third, even cleaner option.

Many stores in the markets covered in the study—the U.K., the U.S., China and the Netherlands—let customers buy personal- and home-care products online for home delivery. The hybrid brick-and-mortar-e-commerce method, called “bricks and clicks,” is less polluting than traditional shopping, which itself is usually cleaner than parcel-shipping from an online retailer warehouse, the researchers found. “The more they buy in one go,” says Sadegh Shahmohammadi, an environmental scientist at Radboud University in the Netherlands and the paper’s lead author, “the less carbon footprint they will have per item purchased.”

Prior studies failed to take enough factors into account in producing their estimates, Shahmohammadi and his co-authors write, including how much people buy at a time through each type of vendor. The researchers based their greenhouse gas estimates for shipping in part on data in sustainability reports from major parcel-delivery services, including GLS Group, United Parcel Service Inc., DPDGroup UK Ltd, Hermes Parcelnet Ltd. and PostNL NV.

The authors are also careful to state the assumptions they’re making in their model. For instance, they didn’t include “buy online, pick up in store” or “click and collect” options, which don’t have a footprint much different than traditional shopping. A trip to the store’s a trip to the store.

The research focused in detail on the U.K. but considered key patterns in other countries. Americans drive to the store 95% of the time, compared with 80% in the U.K., 44% in the Netherlands, and 8% in China. Shopping emissions also vary based on other decisions under the consumer’s control, such as choosing slower delivery and bundling items from the same seller.

“What they found was, appropriately, it depends,” says Costa Samaras, who researches energy and climate change at Carnegie Mellon University and is familiar with the study. “If you're going to drive to the store to get something, combine that trip with other errands,” he adds. “Better yet, take your bike.”

To contact the author of this story: Eric Roston in New York at [email protected].

To contact the editor responsible for this story: Jillian Goodman at [email protected]