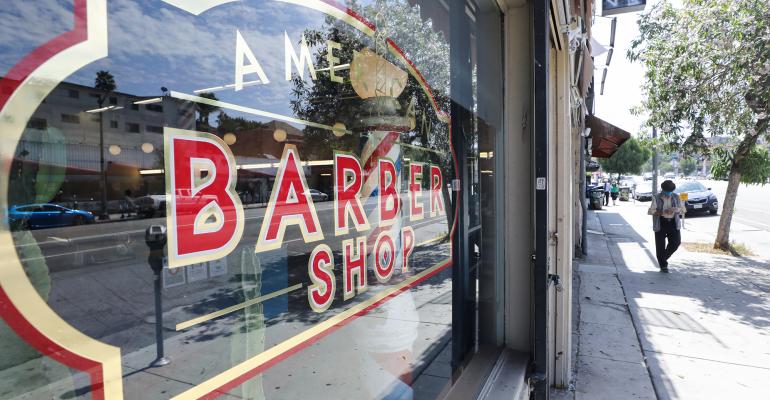 It’s been difficult for small businesses just to survive through a pandemic that shut them down for months. In states where virus cases are spiking, the frustration is multiplied exponentially.

(Bloomberg)—The shifting rules of running a business in California these days are enough to give anyone whiplash.

Tracey Cunningham’s Beverly Hills salon, Mèche, was open for a little more than two weeks before a surge in Covid-19 cases forced it to close -- for a second time.

San Francisco stylist Kristy Nalepovic looked forward to seeing clients again starting July 13 after a four-month lockdown. But her shop is still shuttered, and reopening plans have been scrapped indefinitely.

“The constant uncertainty is what makes it very difficult,” said Nalepovic, owner of The Strand in the Presidio Heights neighborhood. “I’d much rather have a definitive timeline, approved by the state and county, than to have a surprise ‘We will let you open tomorrow.’”

It’s been hard enough for small businesses across the U.S. just to survive through a pandemic that shut them down for months, depriving them of income while rent bills piled up. In states where the coronavirus is raging again, the frustration is multiplied exponentially.

California has seen cases more than double in the past month alone, topping New York as the worst-hit state and leading Governor Gavin Newsom to roll back reopening plans. In some counties, restaurants, bars and hair salons are among businesses that had to halt indoor operations altogether -- if they even reopened at all.

Mèche was running with a fraction of its stylists and at 25% capacity in the short time it was able to see customers, said Cunningham, a color specialist whose celebrity-heavy client list includes Emma Stone and Jessica Biel.

“We were so strict in the salon with masks, we feel like it was unfair to have to shut down,” said Francesca Weisberg, co-owner of Mèche. “It was so hard to get the salon ready, spending thousands of dollars on plexiglass, hand sanitizer everywhere, and trying to meet all the guidelines. I just don’t know how many times we can do this.”

Nowhere is the chaos more palpable than in the San Francisco Bay Area, the first U.S. region to shut down all but essential services and order people to stay home, starting March 17.

Since then, there’s been a series of head-spinning directives. On June 22, the city announced it was moving the reopening day for salons and other businesses up two weeks, to June 29. Then four days later, as virus cases escalated, the city called off its reopening plans, leaving small business owners in limbo again.

Before that, Nalepovic had booked appointments in anticipation of opening this month. The governor’s decision last week to allow personal services such as haircuts, massages and manicures to be done outdoors was of little consolation.

San Francisco’s chilly wind and fog make it hard to do haircuts outdoors. Plus, no one has a sink outside, eliminating the possibility of color services, Nalepovic said.

Her landlord so far has worked with her to reduce the rent. Whether she’ll have to close for good depends on getting long-term relief, she said.

“I don’t want to keep throwing money at this,” Nalepovic said. “I have a daughter going to college, so I’m trying to focus on this as the most important thing at the moment.”

--With assistance from Kara Wetzel.

To contact the reporters on this story: Vivien Lou Chen in San Francisco at [email protected];