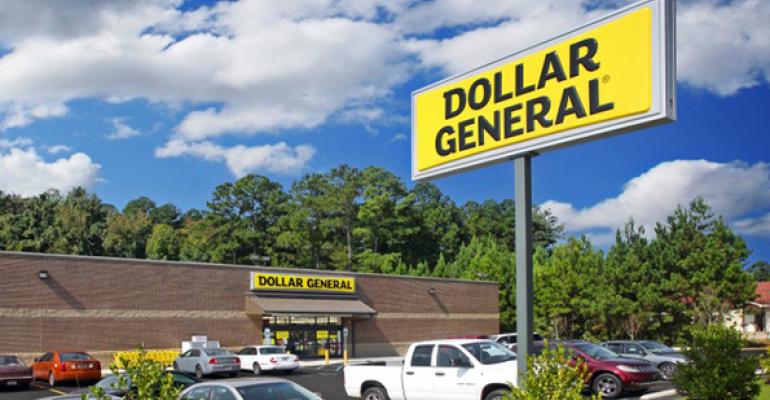 Rural America’s Favorite Store Is Moving Into the Big City

Here in NoLibs, home values have tripled since 2000, gentrification is hotly debated over pints of craft beer, and retail chains are gradually displacing the mom and pops. A mini-Target opened in August; Starbucks is coming soon. So far so typical. Then Dollar General arrived and locals wondered: What was rural America’s favorite retailer doing in hipsterville?

The answer becomes apparent as soon as you step inside. Dubbed DGX, the store is about half the size of Dollar General’s regular 9,000-square-foot stores. Carrying everything from bug spray to beer, it's a tidy mashup of a drugstore, convenience store and corner grocer, but with lower prices and free Wi-Fi. The NoLibs DGX store opened last year, joining one in Raleigh, North Carolina, and another in Nashville, Tennessee, with many more on the way.

Dollar General Corp. Chief Executive Officer Todd Vasos sees a huge opportunity in urban, millennial shoppers, who are starting to settle down and look for reliable, affordable places to shop. The company is doing fine without them; same-store sales have increased for 28 straight years, and the stock has returned double that of the S&P 500 over the past three. But Vasos needs to win in cities to achieve his goal of opening another 13,000 U.S. stores on top of the existing 15,000. About a third of the company’s locations are currently in metro markets, and they are moving toward 40 percent.

Dollar General continues to open its standard stores at a furious pace—a record 1,315 last year—and is deliberately taking it slow with DGX. “With only three, we’re just cautiously optimistic about what that could do, but we’re also learning at the same time,” Vasos said in August.

Retailers that grew up outside of cities have had mixed results when they try to enter them. Walmart gave up on its plan to open in New York after opposition from labor unions and local politicians. Target has had some success over the past few years with smaller urban stores. Home-improvement chains Home Depot and Lowe’s have also brought their rivalry from the suburbs into cities over the past decade.

Dollar General has long catered to depressed, sparsely populated rural areas—the very antithesis of neighborhoods like NoLibs. But the company is betting that millennials, artisanal aspirations notwithstanding, like a good deal as much as anyone.

“They’re in debt, they may have two or three jobs and no health-care coverage,” says Jim Hertel, senior vice president of retail consultants Inmar Analytics. “The bulk of that generation feels the same stresses as rural shoppers.” Three out of four shop at dollar stores already, even higher-earning ones, according to data tracker NPD.

CEO Vasos recently called millennials “an emerging and important part of our customer base” who “will help us broaden our appeal to attract a new segment of urban customers.”

That includes people like Jenna Anderson, a 25-year-old leasing agent who works next to the Philadelphia DGX and pops in almost every day for a drink or a snack. She didn’t know it was part of Dollar General at first, but it doesn’t faze her: “I'm all about saving my coins.”

She has plenty of company. Industry researcher Field Agent sent 20 so-called mystery shoppers to poke around the Raleigh and Nashville DGX stores and they scored the concept 4.8 out of a possible 5. Surprisingly, it wasn’t the prices that won them over: the shoppers said they were most impressed with the stores’ tidy, organized layout. “It's clean, it’s brightly merchandised, and it’s welcoming,” Hertel says. “You don't get the sense that this stuff has been on shelves since your parents shopped there.”

But you can’t build a market out of urban hipsters alone, says John Strong, a finance and economics professor at the College of William & Mary who studies dollar stores. To succeed, he says, DGX will have to lure a broad swath of shoppers.

Dollar General faces entrenched competition in urban markets, from convenience and drug chains to rival discounters like Family Dollar, which already has many stores in cities. In Northern Liberties, there’s a Family Dollar just up the street from the DGX, although the aisles are cluttered with unpacked boxes, and certain items were out of stock during a recent visit.

“DGX wants to capture the people who don’t like the vibe of a dollar store,” says Matt Ruben, president of the Northern Liberties Neighbors Association, a community group.

Competition aside, Dollar General will find it tougher to turn a profit in cities thanks to higher real estate, labor and logistics costs. The company’s operating margins are already under pressure, having narrowed by a full percentage point over the past two years as sales of less profitable perishable food has increased.

Some are skeptical about Dollar General’s push into cities. Barclays analyst Karen Short wonders what sort of return on investment DGX provides. (The company declined to provide any data or make executives available for interviews.) “I'm dubious,” adds Barbara Kahn, a professor of marketing at the University of Pennsylvania’s Wharton School.

What could also hurt DGX is the increasing tendency of busy urbanites to shop online for everyday essentials, skipping stores altogether. Dollar General has lagged behind rivals in e-commerce because its typical shopper spends only about $12 per visit, well below the $35 threshold that Walmart and other retailers require to make delivery economical.

For now, at least, DGX’s convenient locations, broad product assortment and painless shopping experience provide a buffer against the online threat. “Online is a secondary concern at best,” says Strong.

For Anderson, the leasing agent, her only concern with her local DGX is that it didn’t carry hole punchers when she last needed one in a pinch. It now sells them -- for a dollar.

Rivals Are Targeting Cities, Too

TargetThe chain started testing urban mini-stores in 2012 and now has 83, many located in trendy areas like Chicago’s Wicker Park and Manhattan's Lower East Side. The stores have better sales per square foot and gross profit margins than the overall chain, and some will even deliver shoppers' purchases to their door later that day.

WalmartThe world’s biggest retailer tried for years to break into New York, but eventually gave up in 2012 after fierce opposition from organized labor and some politicians, who said Walmart would hurt local businesses. These days the retailer uses e-commerce sites like Jet.com, which it bought in 2016, to reach urban shoppers.

To contact the author of this story: Matthew Boyle in New York at [email protected]