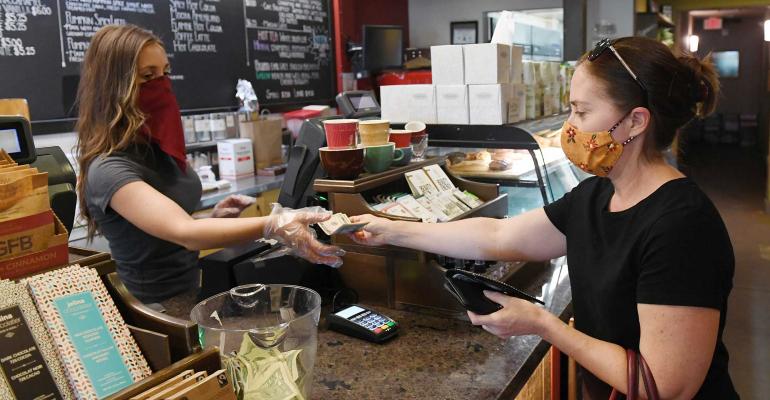 The number of coffee shops in the U.S. is shrinking for the first time in nine years. The winter could bring another wave in closures.

(Bloomberg)—Starbucks Corp. and other coffee chains are expanding their grip on America’s coffee culture as independent cafes struggle to survive a pandemic-fueled industry shakeup.

The number of coffee shops in the U.S. is shrinking for the first time in nine years as sales plunge and Covid-19 forces the industry to rethink its business. That’s helping coffee-serving chains such as Starbucks, Dunkin’ Donuts and even McDonald’s Corp. gain ground at the expense of independent outlets fighting to keep their doors open.

“Closures have happened already and we believe the winter could bring another wave, especially for coffee shops depending on outdoor seating or even walk-up foot traffic,” Rabobank’s senior beverage analyst James Watson said in an interview from New York.

Fewer coffee shops means thousands of lost jobs, adding to an unemployment surge since the start of the pandemic. The shift may also curb demand from specialty coffee producers around the world, since cafe patrons tend to drink more premium beverages made from higher-grade beans.

The U.S. will have 25,307 outlets specializing in coffee or tea by the end of 2020, down 7.3% from a year earlier in the first decline since 2011, according to estimates by research firm Euromonitor International. Annual sales will plunge 12% to $24.7 billion.

“Coffee shops that succeed in this new climate will need try to recreate as many of their popular pre-Covid-19 attributes as before while being in line with the new realities of social distancing,” said Matthew Barry, a beverages consultant for Euromonitor. “This will include moving many aspects online, where personal engagement is still possible without physical proximity.”

Still, Barry sees no scenario in which U.S. food-service coffee consumption returns to its former growth trajectory -- though it’ll remain a core part of the industry.

Overall volumes and sales in the coffee food-service industry are expected to fall for the five years ending 2024 while retail coffee sales at grocery stores gain.

Larger chains have the resources to handle short- and medium-term losses while also pivoting with conveniences such as online ordering and drive-thru service, Rabobank’s Watson said. Starbucks is planning on a net increase in U.S. stores this year and market gains could be just as significant in 2021, he said.

The Seattle-based coffee giant accelerated a rollout of its “pickup” concept -- smaller-format stores without tables and chairs -- and is enhancing service at its expanding drive-thru locations to cut waiting times. Starbucks also negotiated better leases to prepare for the prospects of future crises that could bring lockdowns, affecting customer traffic.

“We are rapidly innovating in order to capture new demand, new occasions that we didn’t have before that are tied to how customers are currently living their lives,” Chief Financial Officer Patrick J. Grismer said in a presentation last month. “We have moved quickly to open up new channels of distribution at our existing stores, primarily in the suburbs, because there is significant latent demand and there is unmet demand.”

While many independents have proven nimble by adapting their businesses to digital and to-go offerings, they’re still more at risk, Rabobank’s Watson said.

“The most challenging situations have often been based on location, with residential coffee shops far outperforming office/travel based locations,” he said. “Much of survival also comes down to rent negotiations with landlords and the potential for further government assistance –- factors that are hard to control and highly variable.”

Canada has also seen a shrinking number of coffee shops due to the pandemic and the contraction is expected for two more years, according to Allegra World Coffee Portal, a research and consultancy firm. Though 90% of Canadian cafes reopened by September, they face “a long road to recovery in a significantly altered market landscape,” Allegra said in a report.

Canadian coffee-shop sales are expected to plunge 22% to C$9.5 billion ($7.2 billion) this year from 2019 before rebounding to C$10.5 billion next year if the pandemic is largely resolved, according to Allegra estimates.

A return to pre-pandemic levels isn’t expected until 2023, when the industry is anticipated to resume growth. Tim Hortons, owned by Restaurant Brands International Inc., and Starbucks account for three-quarters of Canada’s coffee-shop branded segment.

“With the market currently dominated by branded chains, we expect to see local independents taking a greater share of suburban trade as Canadian consumers seek to diversify their coffee tastes,” Allegra said.

--With assistance from Marcy Nicholson and Isis Almeida.