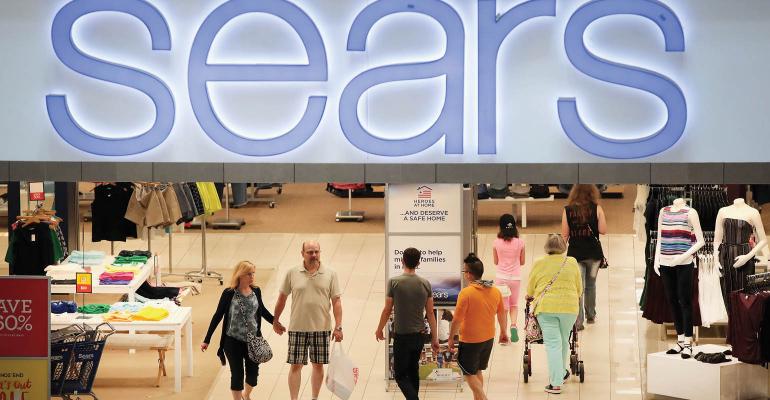 Sears Is Where America Shops, If You Can Still Find One

“It almost looks like a liquidation without officially being one,” says one source.

(Bloomberg)—After another round of store closings, Sears is shrinking to the size of a regional grocery chain.

The department-store behemoth once blanketed the U.S. and Canada with more than 4,000 stores and sold everything from ready-to-assemble houses to Christmas trees, billing itself as “Where America Shops.” Now, with only 182 stores, Sears’s scale will be on par with the likes of Weis Markets Inc., which owns grocery stores in Pennsylvania, New York and other eastern states, and quirky specialty retailers like Crocs Inc.

“It almost looks like a liquidation without officially being one,” said Scott Stuart, chief executive officer of industry group Turnaround Management Association. “It certainly has all the earmarks of one.”

The sharp reduction of store count exacerbates doubts about whether the company can compete -- not just with merchants like Target Corp. and Walmart Inc. that have eroded sales at Sears for years, but also with the likes of Home Depot Inc. and Lowe’s Cos., which have muscled into the appliance space Sears used to dominate.

To pull off a comeback, “you’d really have to have a store experience that was unbelievable so that folks wanted to seek out your store, like a real showroom and real high-end experience,” he said. “They don’t have that either. And they haven’t for decades, really.”

Sears is cutting not just the number of stores but also their size, aiming to operate smaller locations that are focused on bigger-ticket home purchases. To that end, Edward Lampert’s Transform Holdco LLC repurchased the remaining stake in Sears Hometown and Outlet Stores Inc. this year. Those stores feature appliances and lawn and garden goods.

Fewer stores also means less exposure to the younger shoppers that are forming households and aren’t as familiar with Sears, Osborne said. And unlike Sears, successful small chains have niche or innovative products that draw customers in, he added.

The Sears bankruptcy case is still dragging on, with the estate filing complaints Thursday against almost 200 vendors and professionals to claw back payments that Kmart Holding Corp. made up to 90 days before it declared bankruptcy. Some of the complaints demand amounts between $20,000 and $50,000 from defendants that include an air conditioning company, a honey maker and a law firm.Those disputes concern what’s colloquially referred to as Old Sears and don’t directly impact Lampert’s new version of the retailer.

Sears furnished generations of households with its Kenmore refrigerators, stoves and dishwashers. But leading retailers like Home Depot and Best Buy have greatly expanded in the category, while the Kenmore brand has been on the block for years.

“It’s going to be a difficult journey” for Sears to compete in appliances, said Farla Efros, president of HRC Retail Advisory. While the brand used to be strong, “many more players have entered the marketplace.”

While Sears has a chance to occupy a niche space in the market, she said in an email, “I am not convinced it’s still relevant and necessary.”

--With assistance from Josh Saul.