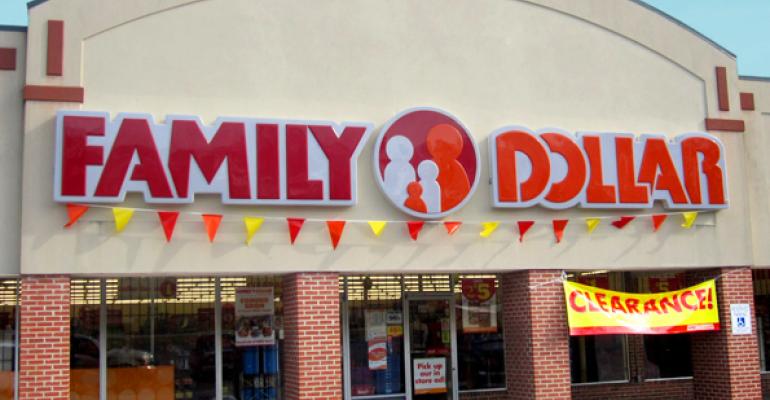 Is Selling Family Dollar a Realistic Solution for its Troubles?

Retail experts say Dollar Tree would be lucky to get two-thirds of Family Dollar’s original $9 billion price tag back if it’s put on the market.

Major changes could be on the horizon for Dollar Tree, a publicly-traded Fortune 500 company and one of the biggest dollar store chains in the country.

The retailer has been struggling to revamp its Family Dollar-branded stores since it acquired the chain in 2015 for roughly $8.5 billion. The ailing banner has weighed down Dollar Tree as it continues to deliver weak sales and margin performance.

Activist investor Starboard Value, which has acquired a 1.7 percent stake in Dollar Tree worth roughly $370 million, is demanding that Dollar Tree explore the sale of Family Dollar, which operates more than 8,200 locations. It’s also pushing Dollar Tree to test a “multi-price point strategy” at its namesake stores, meaning the bargain retailer would hike prices on some products beyond its traditional $1. In addition, Starboard wants more seats on the company board.

“We believe Dollar Tree should explore all strategic alternatives for Family Dollar, including a sale of the business,” Starboard CEO Jeffery Smith wrote in a Jan. 7 letter to the company. “For years, prior to the acquisition of Family Dollar Stores Inc., Dollar Tree was considered to be well managed. Since then, however, the issues at Family Dollar and the unwillingness to consider price as a variable at Dollar Tree have resulted in meaningful underperformance. Dollar Tree has gone from industry leader to industry laggard.”

The Starboard letter said Dollar Tree significantly overpaid for Family Dollar, and the business is proving to be a “meaningful distraction.”

In a statement, Dollar Tree said its “committed to a strong, independent board, and believes it has the right balance of perspectives and experience to drive enhanced growth and performance across the company.” The company didn’t address Starboard’s urging to sell Family Dollar or change its pricing strategy.

However, the retailer announced aggressive plans in November to renovate at least 1,000 Family Dollar stores in fiscal 2019. It’s also re-bannering 200 stores under the Dollar Tree brand and closing some locations.

But is it enough?

“Family Dollar has been a drag on Dollar Tree since the acquisition,” says Neil Stern, a senior partner at Chicago-based consulting firm McMillan Doolittle. “While they are in the same ‘sector,’ they run fundamentally different businesses and have not been able to realize the synergies between the two businesses.”

Family Dollar sells at different price points from Dollar Tree, with most merchandise selling for less than $10. At the time of the acquisition, Dollar Tree said the Family Dollar marriage would extend its reach to lower-income customers in urban and rural locations, while Dollar Tree stores are located primarily in suburban markets.

“While Starboard has been pushing for a sale, it’s likely that the company would not be able to realize the roughly $9 billion that it paid back in 2015,” Stern notes. “Still, it may be the right move so Dollar Tree can refocus on their core and very profitable fixed-price business.”

“Unfortunately, Dollar Tree overpaid for Family Dollar by a significant amount, which means that any sale today will not warrant the sum paid from a few years ago,” says Shelley Kohan, an assistant professor at the Fashion Institute of Technology in New York and technical fellow at analytics firm RetailNext.

While selling the chain may stop the current downward spiraling, Kohan says trying to recoup the lost revenue gap between what Dollar Tree paid for Family Dollar and what the sale today would bring in is a heavy burden on the finances of the company. A better plan, according to her, may be investing money in store renovations, which can improve store performance, and closing underperforming locations.

If Dollar Tree would sell Family Dollar, it would be “fortunate to find a buyer” who would pay two-thirds of the nearly $9 billion original buyout price, according to Raymond James analyst Dan Wewer.

In a Jan. 7 note, Wewer said there would be significant challenges in finding a buyer. The Dollar Store’s biggest competitor Dollar General isn't a likely option, because the Federal Trade Commission would probably block the sale.

“The FTC remains protective of low-income families and is not supportive of large horizontal mergers that impact this segment of the market,” Wewer wrote.

The chain could be sold to a private equity firm, but Wewer asked why a strategic or financial buyer would want to compete against Dollar General. “We do not see any easy solution for resolving the Family Dollar challenges and finding a buyer at an acceptable valuation will be difficult.”

Wewer advised a more realistic solution would include closing a significant number of underperforming stores, as well as “taking a more aggressive pricing strategy that would bring Family Dollar prices in line with Dollar General and Walmart.”

What about changing prices?

Dollar Tree tried a multi-pricing strategy about a dozen years ago, testing $2, $3 and $5 items in some stores. However, the experiment wasn’t successful, according to Wewer, who notes that “Dollar Tree quickly learned the multi-price strategy confused its customers and led to disappointing results.”

However, in Kohan’s view, the retailer should review its traditional pricing strategy. The challenge with trying to stay steadfast with the $1 pricing has a few underlying issues, she says. For example, it could be a reduction in the assortment and variety of products offered at $1 or the value of the $1 products being less relevant to today’s consumer.

“While keeping with the initial premise of the dollar pricing is admirable, in the retail landscape the companies that can continuously review and adjust the overriding strategy based on the consumer demands will stay in the lead,” Kohan says.

Today’s consumers want value delivered on products and testing new pricing strategies will allow Dollar Tree to offer a wider selection of goods to the target market, she notes.